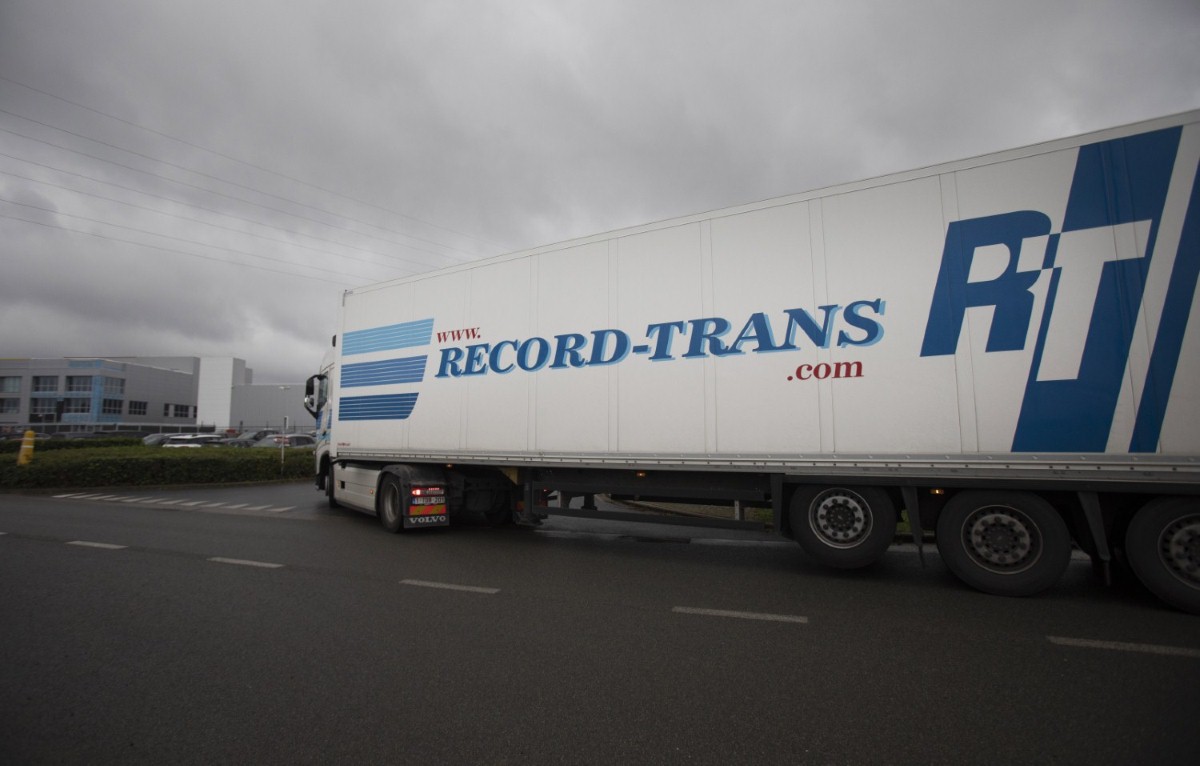 Week in Review: A lorry load of hope

The confirmation that a vaccine had been approved was one of those moments of pure joy that has no appreciable way of being turned into words. It was less a news item than a shot of pure euphoria, delivered directly into the bloodstream of everyone on earth. For the first moment in a very long time, indeed since this whole tedious process started, you could imagine getting your life back.

Your real life. Not the half-life version we've been enduring the last year, like some black and white TV with bad reception. Your full colour 4K widescreen TV actual life, where a dinner out with friends is not considered some mad luxury. Where you can hug people without wondering if maybe you just killed them. Where you can walk through cities throbbing with activity and not feel alarm or disquiet, but just the reassuring pleasure of living amid humanity.

It'll take a while. Anyone under 65 isn't likely to be getting the vaccine before summer and probably not until well after that. But it's coming. There's a light at the end of the tunnel. And in a winter as cold and wet and dark as this one, that is extremely welcome.

Of course, the government tried its hardest to ruin it as soon as they announced it. It was incredible really. This was an event in which even the most hardened opponent of Boris Johnson's administration would have felt at least a trace element of appreciation. But somehow they conspired to make sure even this seemingly uncontroversial moment could be recalibrated into an example of moral failure.

Health secretary Matt Hancock, leader of the Commons Jacob Rees-Mogg and health minister Nadine Dorries all tried to turn the news into some kind of deranged Brexit victory ritual, insisting that it was only possible because we'd left the EU. It's nonsense of course. We're still under EU rules during the transition. The UK regulator authorised the unlicenced vaccine on the basis of a flexibility built into the rules precisely for this sort of eventuality.

That's not just a coincidence. It's reflective of the quality of EU rules in all sorts of areas. You see the same thing with state aid provisions, which Britain had to seek an exemption from so it could bolster customs agent capacity ahead of the end of transition. That's a telling moment. It raises the question of why you would die in a ditch to get rid of these rules, as the British negotiating team is currently doing in talks with Michel Barnier, given that they seem to be able to do whatever they want within them. Honestly, without wanting to sound like some hopeless Remainer, EU rules are just really rather well designed – not always, but in the majority of cases – with a bit of give, a bit of flexibility, for when needs arise.

The Brexit argument was weak and very quickly the government stopped using it. The prime minister's spokesperson studiously avoided making the same point that afternoon. Even education secretary Gavin Williamson, who has never encountered a proposition so simple he is capable of grasping it, was wise enough to avoid repeating it on Thursday morning. Instead he chose to descend into a playground fantasy about how Britain was the greatest country on earth.

The Brexit spin was tiresome and also quite dangerous. The vaccine roll-out requires public trust. That entails confidence in government messaging. If senior ministers cannot stop themselves from a tribal party-political bed-wetting session every time they announce something about it, that trust will be eroded.

But even so, they couldn't quite ruin it. There was, even after all their nonsense, hope at the end of the tunnel.

The thing about the vaccine though, is that it has a counter-intuitive effect upon the present. It makes you feel more firm about the rules now by offering the hope of freedom in the near-future.

Not so long ago it really wasn't clear how quickly it might arrive. There were pessimistic whispers about a vaccine perhaps taking a very long time indeed, about covid life becoming the new normal for years to come. That had an impact on our risk calculations.

If this was the new normal, then you had to take certain risks with covid transmission in order to mitigate risks on social isolation and mental health. You couldn't tell grandparents that they would be unable to see their grandchildren for years. You couldn't have people just left alone with no end in sight. But now that the vaccine is a reality, it changes that calculation. It means that in not so long a time, this will be over. So it makes sense to be firmer now, as we hold out for it.

It creates a painful possibility: that we will pass on the virus to someone vulnerable who we love, just months, or even weeks, before they would have been protected from it by the vaccine. Looking back, that will be a terrible prospect. A few months will seem a snap of the fingers from the viewpoint of 2025. But those who die from this thing will still be gone.

It means that those who demand more relaxed controls for the sake of the economy are now doubly as foolish and short-sighted as they were this time last week. They are pushing for a human sacrifice without any logical basis to decide upon it. It's a completely senseless waste of life, when all that is required is for us to sit tight – and for the government to escalate financial support – for a little while longer.

The same applies to Christmas. We know what this will entail. People will go home to a multigenerational event in which their family will be inside, often with windows closed against the cold, drinking and laughing – basically a worst-case scenario for transmission. They will embrace, because they are with their loved ones and the human mind finds it almost impossible to believe that this most natural and healthy of actions could possibly be harmful. They will let their guard down.

The government has opened up for Christmas for two reasons. Firstly, because no government believes it can ban Christmas, and secondly because they concluded people would go home anyway. The first is a cynical and self-interested calculation, the second a more pragmatic one. But they both lead to the same place: to tragedies that need not take place.

In fact, for those of us still trying to get through this period, the viability of the vaccine means we should take a sterner view of our behaviour than we did before, or than the lockdown-sceptics or the prime minister are taking now. We have to be more careful, not less. We have to be more strict. Because if we hold out just a little longer, this will become the grim and distant past, instead of the horrible present. And for all the tedious nonsense from the government, it's worth ignoring them and prioritising that sentiment in the months ahead.

It'll all be over soon. Whoever knew how much pleasure we would get from writing such a simple sentence.