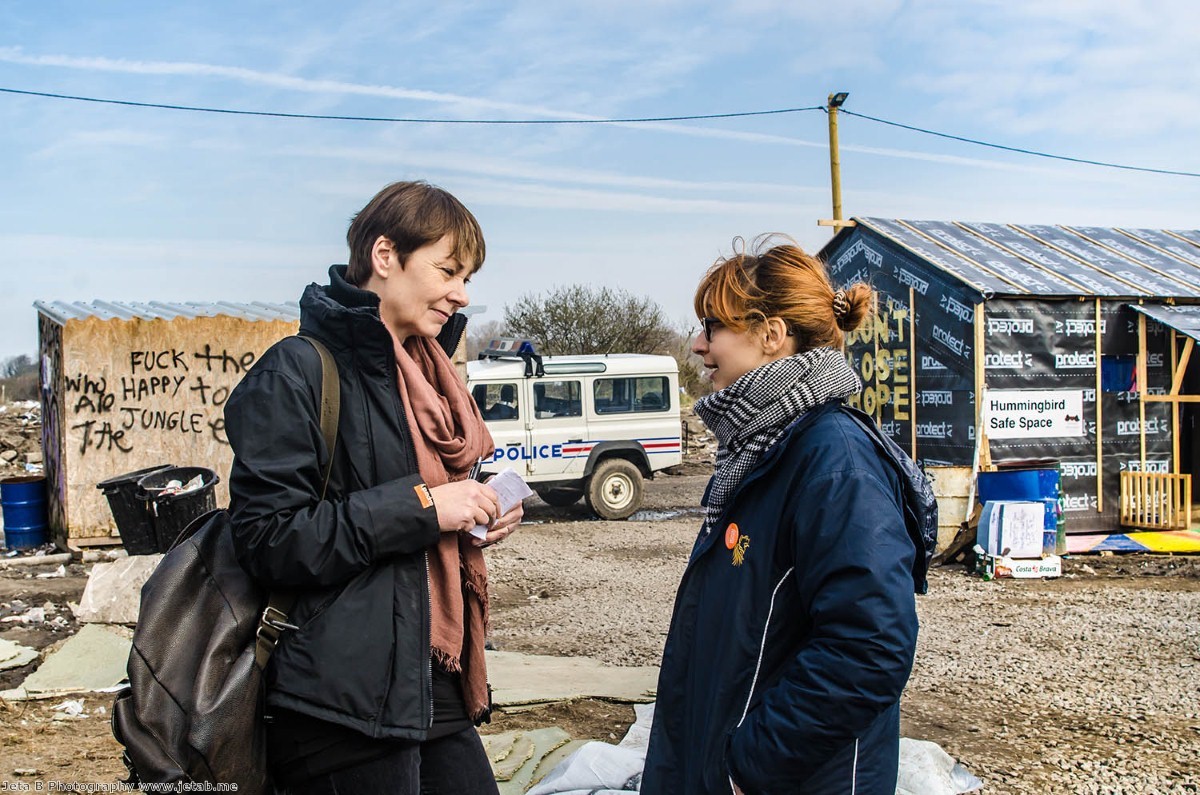 The Calais migrant camps are not new. First set up in 2002, they have only recently come into sharp focus as the so-called 'migrant crisis' escalates.

Home to thousands of men, women and children from around the globe, they are filled with make-shift homes, churches and shops.

But the French authorities have now begun to take action against the sprawling camps. After winning a legal battle to begin demolition, they hope to clear large areas on the southern part of the site.

Green MP Caroline Lucas recently visited the camp with a volunteer group, The Hummingbird Project, and spoke to Politics.co.uk about the reality of a community being torn apart.