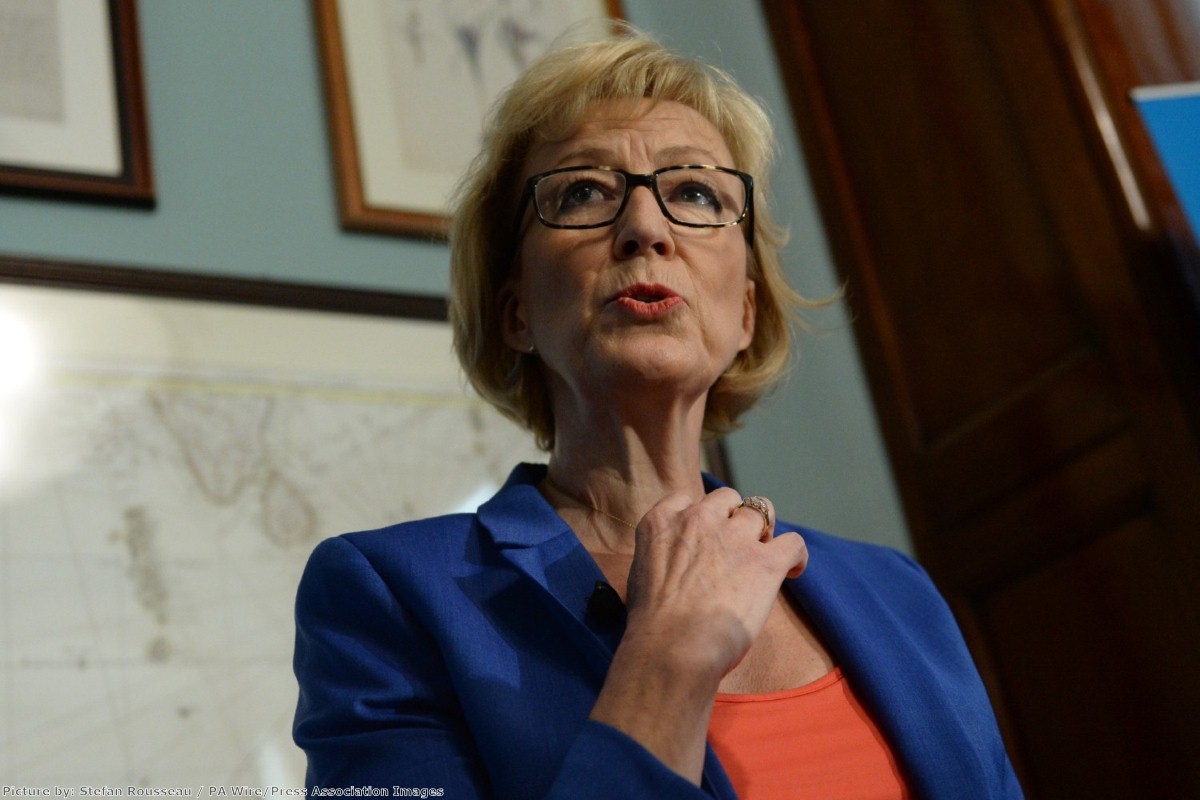 People working for the UK's smallest businesses would be stripped of their right to a minimum wage, maternity leave and protection from unfair dismissal, under plans previously backed by one of the favourites to become next Tory leader and prime minister.

Speaking in 2012, Andrea Leadsom told the House of Commons that she would like businesses with three employees or fewer to no longer have to comply with any employment regulations.

"I envisage there being absolutely no regulation whatsoever," she said.

"No minimum wage, no maternity or paternity rights, no unfair dismissal rights, no pension rights—for the smallest companies that are trying to get off the ground, in order to give them a chance."

The comments contradict a statement she made during the launch of her campaign yesterday, in which she insisted that workers' rights would be "protected and enhanced" under her premiership.

"The national living wage, the apprenticeship levy and Michael Gove’s important pupil premium will all be safe under my watch," she insisted.

However, Leadsom has long been critical of plans to increase the minimum wage. Earlier this year she warned that the government's new 'national living wage' would be a magnet for migrants to the UK.

She said the policy would cause an "inevitable pull factor" which would lead to "the poorest Britons [suffering] the most."

Leadsom is currently gathering momentum in the contest to replace David Cameron. Her socially and economically conservative and religious views have gained popularity from leading figures on the right of the party including Iain Duncan Smith.

“She wants to turn Britain into Singapore on stilts, combined with 1950s social values," one Tory minister told the Times.

The Conservative MP is second favourite with the bookies to become the next Tory leader. A new YouGov poll of party members today found her beating all of her rivals, aside from Theresa May, in a head-to-head contest.

In a straight contest with May, Leadsom has the backing of 31% of members to May's 63%.

However, the race could narrow significantly in the event that Leadsom makes it through to the final round. In three of the past four Tory leadership contests, the front runner in the first round has gone on to lose in the final round, with the candidate viewed as the most Eurosceptic winning in all four.

Leadsom received a major boost to her campaign today, with the backing of former London mayor and leadership hopeful Boris Johnson. Johnson said that Leadsom had the "zap, drive and determination" required to be prime minister.

Today's poll found that the reputation of her nearest rival for second place Michael Gove, has collapsed among party members since his 'betrayal' of Johnson.

YouGov Tory members poll. Behold utter destruction of Gove's reputation – in under a week, from +41 to -20 pic.twitter.com/PfgQZxvSAv

Just a third of Tory members now have a positive opinion of him, down from two thirds a week ago.

Supporters of Theresa May told Politics.co.uk they expect Gove to be squeezed out of the final two by Leadsom.

However, Leadsom's inexperience could still cost her a place in the final round after a disappointing performance at the first Conservative leadership hustings last night. Tory MPs described her appearance as "dreadful" and a "car crash".

Her speech, described as "rambling" by Tory MPs afterwards, covered everything from freight train lines, to the brain development of babies.

Leadsom also came under repeated questioning for her strong links to Ukip. The party's leading backer and leadership hopeful Aaron Banks this week threw the weight of his Leave.EU campaign behind her. Supporters of Theresa May believe Leadsom is being backed as part of an attempted Ukip-takeover of the Conservative party. Leadsom told the hustings that she would not take any direct funding for her campaign from Banks or Leave.EU.