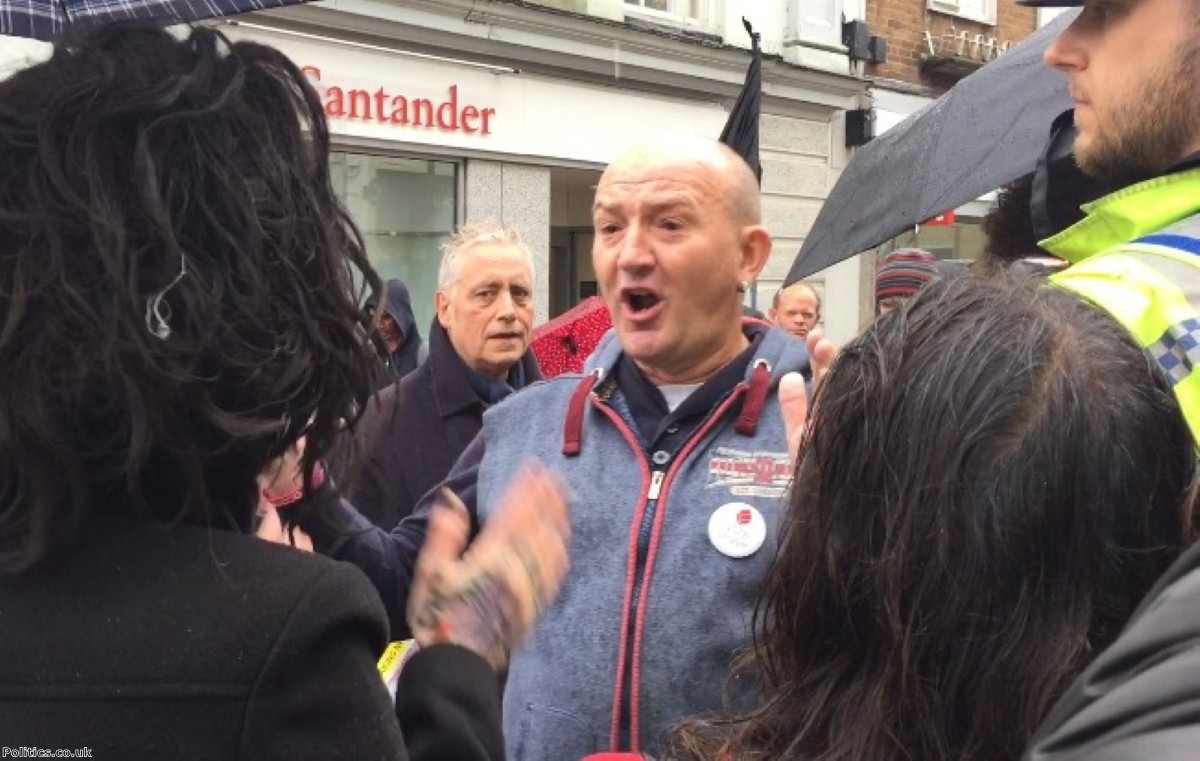 Nigel Farage was forced to cancel an appearance in Northampton today, as tensions flared ahead of his visit.

Around 100 people were waiting in the rain to see the Ukip leader but his team decided to cancel the event after angry scenes broke out between his supporters and protesters.

A group of around 30 activists chanting 'refugees are welcome here' and carrying banners saying 'no to Ukip' blocked the entrance to the Market Square, where Farage was expected to arrive as part of his Brexit bus tour of the UK.

A number of Vote Leave supporters asked the protesters to move and, when they refused, several heated arguments broke out, with some pushing and shoving between the two sides.

Most of the shouting centred around immigration, with one man asking "where will all the refugees go". Another yelled at the protesters that today was "Nigel Farage's day, the British people's day".

The clashes come just a week after Farage told his supporters to bully people into backing Brexit.

A Ukip spokesperson insisted Farage wasn't afraid to face the protesters but that with "a wet ground and many pensioners" it seemed silly to take the risk. He added that the "masked anarchists were clearly not up for debate".

While the protesters claimed it was a victory for the town, some Brexit supporters were angered by the decision.

"I'm disgusted that it's been cancelled just because of that little group of protesters," one said, as news spread that the event was being cancelled.

"If it was Farage's decision not to come just because of a handful of filth, he's clearly got no bottle at all."