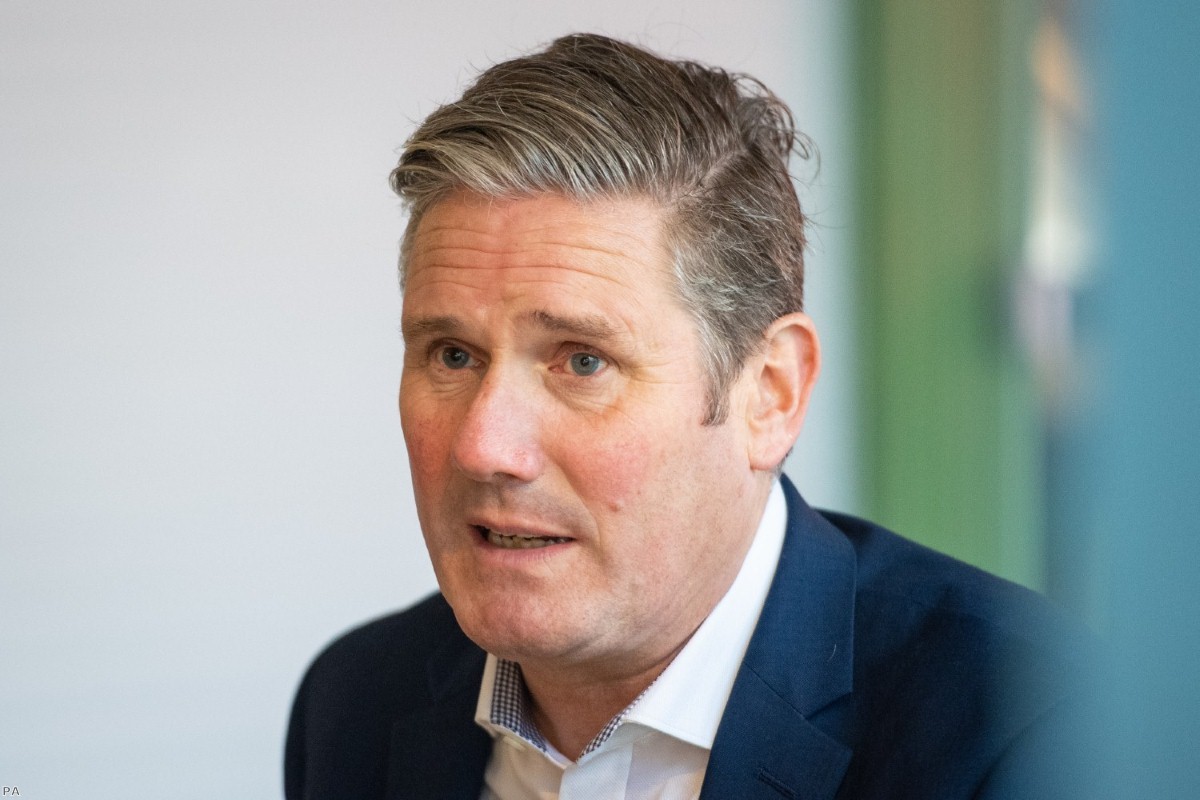 The publication of the long-awaited historic EHRC report into anti-semitism in the Labour party is a crucial moment. It is the culmination not just of a near 18-month investigation, but also Labour Against Antisemitism's three-and-a half-year campaign to challenge, tackle and expose endemic anti-Jewish racism across the Labour movement. While we hope it brings some measure of closure on Jeremy Corbyn's leadership of the Labour party, it will also move focus on to the response of the current leader, Keir Starmer.

The report is unlikely to say that the Labour party is institutionally racist. Nor is it likely to label Jeremy Corbyn an antisemite or order his expulsion. The language will be tight and legally careful, as befits an organisation with the authority of the EHRC. But conclusions can still be drawn that support these assumptions.

What does it say, for instance, about how allegations of antisemitism were dealt with, how Jewish – and non-Jewish – complainants were treated, and the overall efficacy of the party's complaints system? This will be highly instructive about the culture of anti-semitism that gripped the organisation.

Whether the report goes the whole way and declares that the Labour party acted illegally is still to be seen, but it is expected to at least be highly critical and set out a list of recommendations that, as a statutory body, Starmer will be legally obliged to follow.

It is our sincerest hope that the Labour leader will go forward and use these recommendations to begin the difficult but necessary process of returning the opposition to a valid party of government once again. Such measures may include apologies and speeches of regret, but there have already been plenty of those already and in truth the time for tea and sympathy for the British Jewish community passed many months ago. What is required – demanded – is action, and that will mean difficult political choices for the Labour leader that must be taken head on.

At the basis of the EHRC's investigation, and at the heart of Labour Against Antisemitism's campaign, was the question of the protection of equality. Was a Jewish Labour party member able to engage with the organisation, attend meetings, stand and sit as an elected representative, and generally act as a political voice for themselves and their community without facing discrimination? Our 15,000-page dossier of evidence, provided to the EHRC in May 2019, detailed the progress of every report of anti-Jewish conduct we had submitted since 2017 and, in our view, demonstrated that they could not.

We showed them not just the hundreds of cases we reported, but also how many were ignored or mismanaged – creating a culture of permissiveness for anti-semitic views that were abhorrent, rarely challenged and unbelievably harmful. Sometimes evidence of this culture appeared in the newspapers, such as Luciana Berger requiring security to visit her own party conference in 2018, or Dame Louise Ellman discovering that a constituency meeting to discuss her resignation was scheduled for Kol Nidre, the eve of Yom Kippur. But most often it could be found splashed across the private groups that Labour party members created on social media.

The immediate task for Starmer is to ensure that the Labour party, as a political organisation, becomes a welcoming environment for Jewish members once again. He can begin by making significant structural changes to the party's disciplinary processes. The requirement for an independent, well-resourced complaints system as befits a modern party is absolute, so that we can ensure that any decision-making over what is and isn't antisemitic is removed from the forever-war of internal Labour factional politics.

There must be a review of all those cases that were submitted during the Corbyn era to ensure that members holding anti-semitic views are finally held to account and expelled. Zero tolerance of racism must have some kind of meaning. Whether you are a party activist or shadow Cabinet member – if it is proven that you have promoted or hold anti-semitic views, there should be no place for you in the Labour party.

Less tangible to measure, but equally important, is for Starmer to engineer a cultural shift in the party's view of the Jewish community, that community's relationship with Israel, and the way that the Israel/Palestine conflict has become an unnaturally prominent demarcation of political identity within the Labour party.

Israel has provided a convenient punch bag that has unified every faction of the Labour party throughout its history, and to pretend that there is no link with the current crisis is at best naive and at worst disingenuous. Not every criticism of Israel is anti-semitic, but the relentless demonisation of the Middle East's only liberal democracy, whether fairly or not, has created a febrile and fanatical obsession that has fed anti-Jewish sentiment and echoes long-standing anti-semitic historic myths such as the Blood Libel and 'Christ-Killing'.

To resolve this will take hard work requiring good-faith engagement with Jewish communal organisations over months, probably years. But unless it is undertaken it is unlikely that the biased worldview which has become wired into Labour party thinking will be effectively challenged.

These measures will not be readily adopted by the Labour party. The Corbyn years radicalised a latent anti-semitism across much of the party membership, who are also highly defensive of their former leader and extremely sensitive to any external criticism. Within the parliamentary party there appears to be an innate avoidance of reality, a failure to accept any kind of culpability, as well as a sizeable hard left contingent who will be resistant to any attempts at reform. Some who themselves have allegations of anti-semitism to answer may justifiably be concerned about where an independent complaints process might lead.

Yet where Starmer may see the EHRC report as a challenge, he could equally see opportunity. The history of the failure of the Labour party, since its founding, has been a history of failing to police its borders to the left. This has repeatedly led to electoral failure, occasionally catastrophic, as the spectre of political extremism has haunted leader after leader. Now Starmer has a window to do what every Labour leader has failed to do. He can set out a direction that unmistakably rejects the toxicity represented by figures such as Ken Livingstone, Jeremy Corbyn and their ilk, whose ideology should have no place in a mainstream social democratic party. The British electorate usually rewards Labour leaders who take on their extremists and win and would surely do so again.

The temptation for Starmer will be to do just enough: limit the expenditure of political capital by agreeing to superficial measures that satisfy the EHRC, keep together the internal coalition that presented him with the Labour party leadership and at the same time convincing enough voters that the anti-semitism crisis has been dealt with. That would be a mistake. Politically and morally he needs to demonstrate true leadership and make the fight against anti-semitism the defining feature of his identity. He owes it to the Jewish community, who will continue to carry the wounds of this period of Labour party history for many years to come.

Euan Philipps is a spokesperson for Labour Against Antisemitism. You can follow the group on Twitter here.