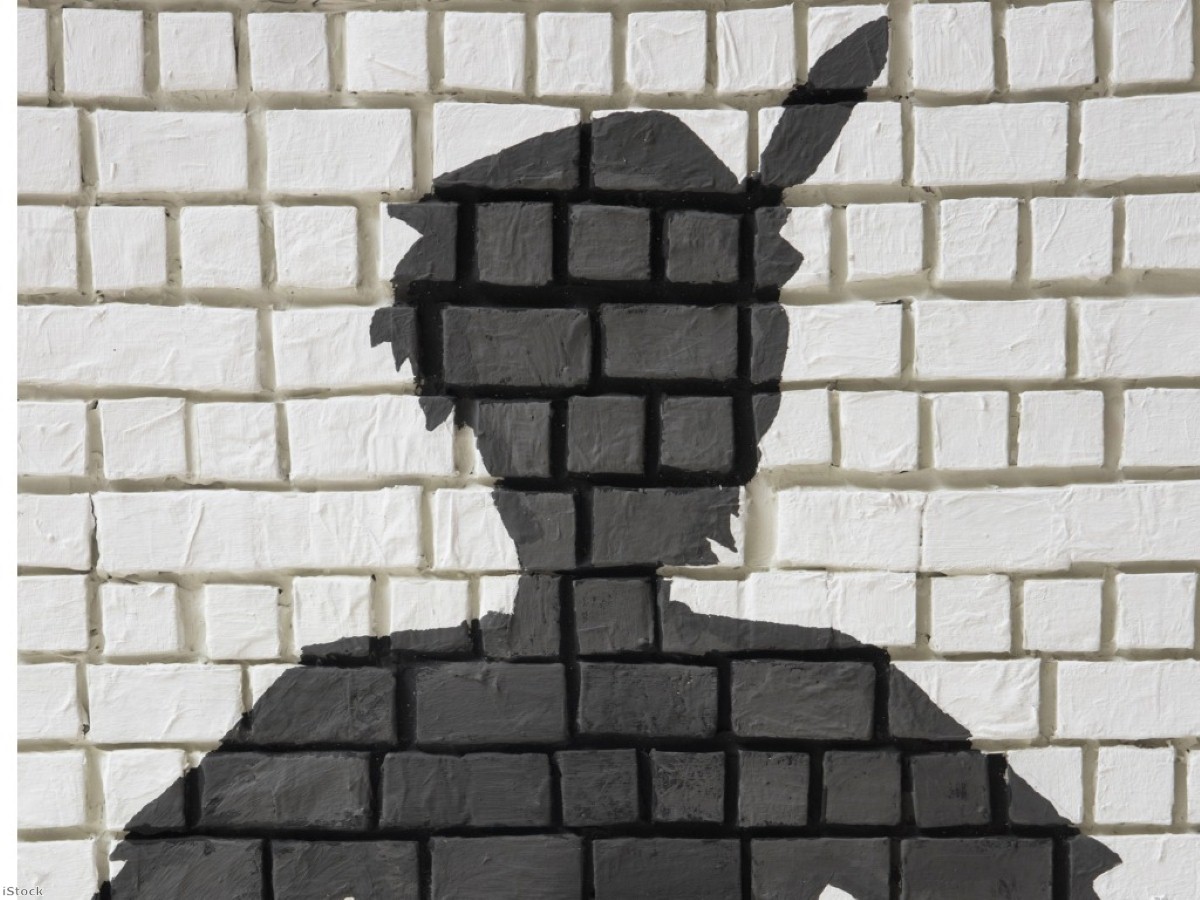 Johnson: The boy king who can’t grow up

What do we mean when we say someone should be serious? Normally it suggests they should stop joking or messing around and start focusing. When it comes to a political leader, the level of seriousness must match the responsibility. Politicians have to be serious because people's lives are serious.

So what does it mean when we discuss Boris Johnson, a man who has literally made a career out of not being serious? At the Labour conference two weeks ago, Keir Starmer made it the central plank of his attack on the prime minister. "He's just not serious," he said. "He's just not up to the job."

We know about Johnson's faithlessness, narcissism and compulsive dishonesty. We know that he has always approached politics as a game. It must be carefree, and so he must be careless. When we talk about Johnson's lack of seriousness, it is not about his sense of humour or love of wordplay: it is that, to all intents and purposes, he is a child.

Being a child isn't a bad thing. But you wouldn’t want to be led by one.

Perhaps the most obvious childhood characteristic is the desire for total power. Many children fantasise about becoming 'world king'. Johnson, aged 56, still wants to be. Indeed, it appears to be his most elemental drive. His Downing Street is not in the business of sharing power or accepting checks and balances. His Cabinet is not an assembly of heavyweights designed to challenge or reason with him. He and his advisers have sidelined parliament at every turn: unlawfully proroguing it, denying it meaningful votes in trade negotiations and refusing to gain its consent for the most stringent restrictions on civil liberties in peacetime.

For six months, the government has literally and needlessly ruled by decree. This was 'taking back control' as a child might have envisaged it – for himself alone.

The trouble is that the desire to seize power is not matched by strategy or competence. Johnson has grabbed the levers of state control but doesn't know what to do with them. On the key issues of our time – covid and Brexit – Johnson has taken power from elected national and regional representatives, but not their aptitude or understanding. For months, the virus was something to be dismissed, wished away or spun for good news. Brexit has been used not for detailed policy or considered negotiation but swashbuckling ambition and bombastic pronouncements. The power is the thing. The policy is a distraction.

The other thing about this power is the lack of complexity granted to it. For Johnson, there is no distinction between himself and his country. His conference speech last week was filled with the kind of jingoistic rhetoric which seeks to align national narrative to personal will.

Neither vision admits of any nuance. Johnson promised we would defeat covid "just as this country has seen off every alien invader for the last thousand years". He declared that "we aren’t embarrassed to sing old songs about how Britannia rules the waves"”. The notion that perhaps we ought to be embarrassed about Britannia ruling the waves or that we might ourselves have been an alien invader were of course entirely absent. Britain's history must be all bad or all good, and since it can't be the former it must be the latter.

This, of course, finds its way into the government’s most common refrain: that almost any policy or facet of public life is "world-beating". Algorithms, apps and testing systems must not simply be good. They must be better than everyone else's. The fact they all catastrophically failed is irrelevant. This is the purview of a child who cannot, and will not, see any world beyond their own. The rest of the world is not there to be engaged with or learned from, but to be bettered. Johnson and his subjects are the kings of the castle, because he says so.

The prime minister’s approach feeds into every aspect of his governing. Both his decision-making and rhetoric are defined by rash insensitivity. Insults about the BBC's "wetness" and David Cameron as a "girly swot" reflect a playground machismo. His remark that Britain owed its second wave of the virus to "loving freedom" provoked outrage on the continent. And his observation that Barack Obama disliked Brexit because he was "part Kenyan" resurfaced in Washington this weekend amid reports No.10 was now wooing Joe Biden.

Johnson knows that the most beloved children at school were the charmingly naughty ones who fibbed with a knowing wink and never went too far. Unlike Trump, another unserious and power-hungry politician, he delivers his put-downs with attempted charm rather than anger. But that does not make them less alienating or revealing. They may also point the way to his downfall.

Perhaps the key example is his repeated labelling of Starmer as "Captain Hindsight". Not only does the weakness of the line show how few weapons Johnson has against his opponent. It also reminds voters that the government keeps botching the crisis and Labour keeps pointing it out. Above all, it illuminates one of Johnson's key weaknesses. Hindsight is a gift, in that it uses the past to guide us to better decisions. Of course the prime minister would find that weird and ridiculous. There's no error he's ever made that he hasn't repeated. He is not interested in learning from his mistakes because he never concedes he makes any.

The ultimate problem with Johnson's lack of seriousness is that he does not take the British people seriously. That is to say, he is a child who also treats us as children. He lies and jokes and tries to cheer people up, but never levels with us as adults. And so he has never confessed to the damage of Brexit. In the summer he declared it our "patriotic duty" to go to the pub. And last week he declared we should behave "fearlessly" in the face of the virus. Everyone must be mollycoddled or condescended to. The sordid reality must never be spoken.

The fundamental difficulty is that Johnson is not a child and nor are we. We need both seriousness and the truth, and Johnson can supply neither. In children, his character traits are tolerated, laughed off and even cherished, because they are seen as staging posts on the way to maturity and understanding. But for Johnson they are the key to how he governs. It's not just that the boy king never grew up. It's that he can't.