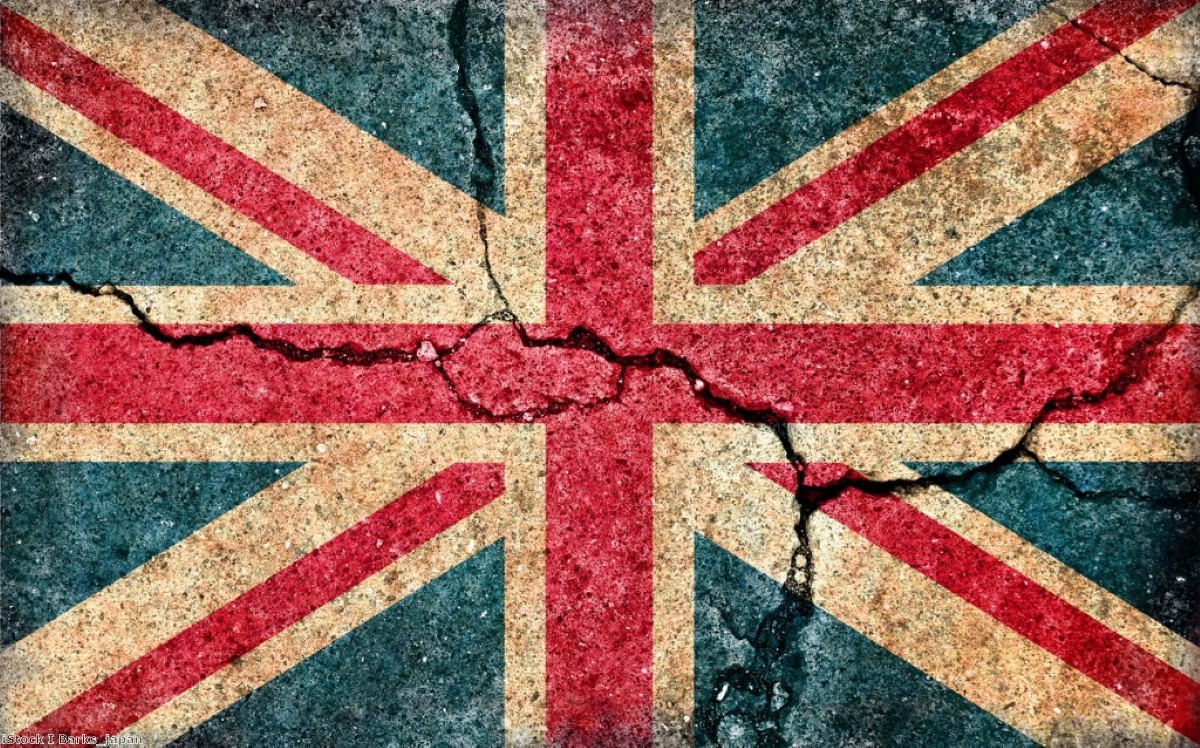 The break-up of the UK is coming – but will it be violent or peaceful?

Between 1991 and 1995 two multinational states fell apart. Yugoslavia broke up in a civil war that killed 150,000, while Czechoslovakia broke up peacefully following referendums in both of its constituent parts. Another such state now faces the prospect of doing the same: the United Kingdom. How might it happen? Where does the UK lie on the spectrum where one end is Yugoslavia and the other is Czechoslovakia?

If you agree with the late Roger Scruton that we are a "settled people" and think it matters that few people in the UK are into gun ownership, then we are so clearly at the Czechoslovak end that the question is absurd. But it's worth remembering that in April 1992, with the war over Croatia underway, Bosnian Muslims, Croats and Serbs demonstrated in Sarajevo to tell the world that the same could not happen there. They were wrong, and for the next three years the worst men in Bosnia did what the worst men everywhere do if a train of events happens under the right structural conditions.

In Bosnia those conditions included two religious and geopolitical fault lines, one between the Christian and Islamic worlds, the other between the Catholic and the Orthodox Christian worlds. They were not the 'ancient hatreds' too many talked about, but they did assert themselves in the way outside states backed one side or the other.

Bohemia used to be on a fault line of its own – the Catholic/Protestant one that plunged central Europe into the Thirty Years War. But by 1992 the plates had long stopped rubbing against one another and in any case the Czechs – the most secular people in Europe – had no interest in holding on to poorer and more religious Slovakia. Parliamentary votes in each part showed a majority for separation.

The UK has a Catholic/Protestant fault line too. In Northern Ireland it was active for 30 years and killed 3,500 people – equivalent to 200,000 for the UK as a whole. Two decades on from the Good Friday Agreement, the people of Northern Ireland don't want to revisit that nightmare, which means that if there is a no-deal Brexit and Northern Ireland becomes a smuggler's paradise in January, a border poll later in the decade may well see both parts of Ireland agree, if not exactly as amicably as Czechs and Slovaks agreed to part, to unite as a new and sovereign member of the European Union.

Remarkably, the people of the rest of the UK will have had no say in the matter. Moreover, many of the leading English Brexiters will accept a vote for Irish unity. The Northern Ireland Protocol and the internal market bill are meant to keep NI in the UK for now, but if push comes to shove, they will let it go without a fight.

Contrary to the current talk of the British empire and the nostalgia around it, they are not Powellites. Their overriding concern instead is the restoration of the Westminster system. For them, our EU membership has been an historical parenthesis. Westminster is all. A century ago, ceding part of Ireland was a price worth paying for keeping the Westminster system intact. So was the loss of India, and the loss of the colonies in the 1950s and early 1960s. Today, next year, whenever, Northern Ireland will follow.

The more troubling question is whether the Brexiters see Scotland in the same way, and whether their view of Scottish independence is the same as that of Unionists south and north of the border. Scotland is a nation of the United Kingdom, not a province that can be snapped off and tacked on to another state. It can only become separate by becoming independent and sovereign.

The stakes here are much higher. The internal market bill recognises this graver prospect and has used the uncertainties around Brexit to give ministers renewed powers to make strategic decisions about the whole of the UK that the current devolution settlement disallows. Ed Miliband referred to this power grab before anything else in his contribution to debate on the bill in the House of Commons. The SNP's Ian Blackford immediately intervened to thank him.

Boris Johnson hasn't added 'Hang on to your Scots, it's going to be a rough ride' to his list of off-the-cuff rallying cries, but it might well be his motto for the remainder of his premiership. For English Unionists, Scotland is everything Northern Ireland never has been – an indispensable and integral part of the Westminster system. And that makes Edinburgh's cultivation of a social democratic, grown-up continental European political culture all the more difficult to bear.

The Irish comedian Dara O’Brien once referred to Glasgow as "Belfast lite", but the more important Catholic/Protestant divide concerns geopolitics and modes of governance.  The geopolitical divide is centuries old, the tectonic plates large. Some of the most prominent Brexiters, like the hardcore Anglican Steve Baker, know this and see the EU to which Scotland aspires to belong as a Roman Catholic project.

That project's mode of governance is not the centralised one the less intellectual Brexiters constantly moan about, but actually about subsidiarity – decisions being made at the most local feasible level. By contrast, the heart and distinctiveness of the Westminster system is centralisation. Scottish nationalists believe Scotland would be freer to act autonomously within a federal, decentralised European Union than they are with devolution inside a unitary state.

The EU's response to Scottish overtures immediately after the 2016 EU referendum was sympathetic. To date, though, Boris Johnson has ruled out any further referendums on Scottish independence. By the same token Edinburgh would be reluctant to declare independence unilaterally, though some would like to push Nicola Sturgeon in that direction. When the government of Catalonia did this, it was met with an immediate crackdown by Madrid, which the EU backed. We have not reached that stage, but with the prospect of no-deal still with us, and thus of a hard border on the British mainland between England and Scotland, the EU may be less keen, at least officially, to encourage Scottish independence than it was four years ago.

None of that is an argument against Scottish independence. The point is this: Croats and Serbs, Russians and Ukrainians, Russians and Georgians, Armenians and Azeris – the have no more desire to harm each other than the various nations of the UK do. They did so because the institutional structures and modes of governance that prevent conflict were not in place, or because the politicians who ruled them were unable or unwilling to understand and manage geopolitical forces greater than themselves.

Thinking seriously about the future of the UK involves thinking about that Yugoslavia-Czechoslovakia spectrum, and at what point along it our current modes of governance and crop of politicians are going to place us.