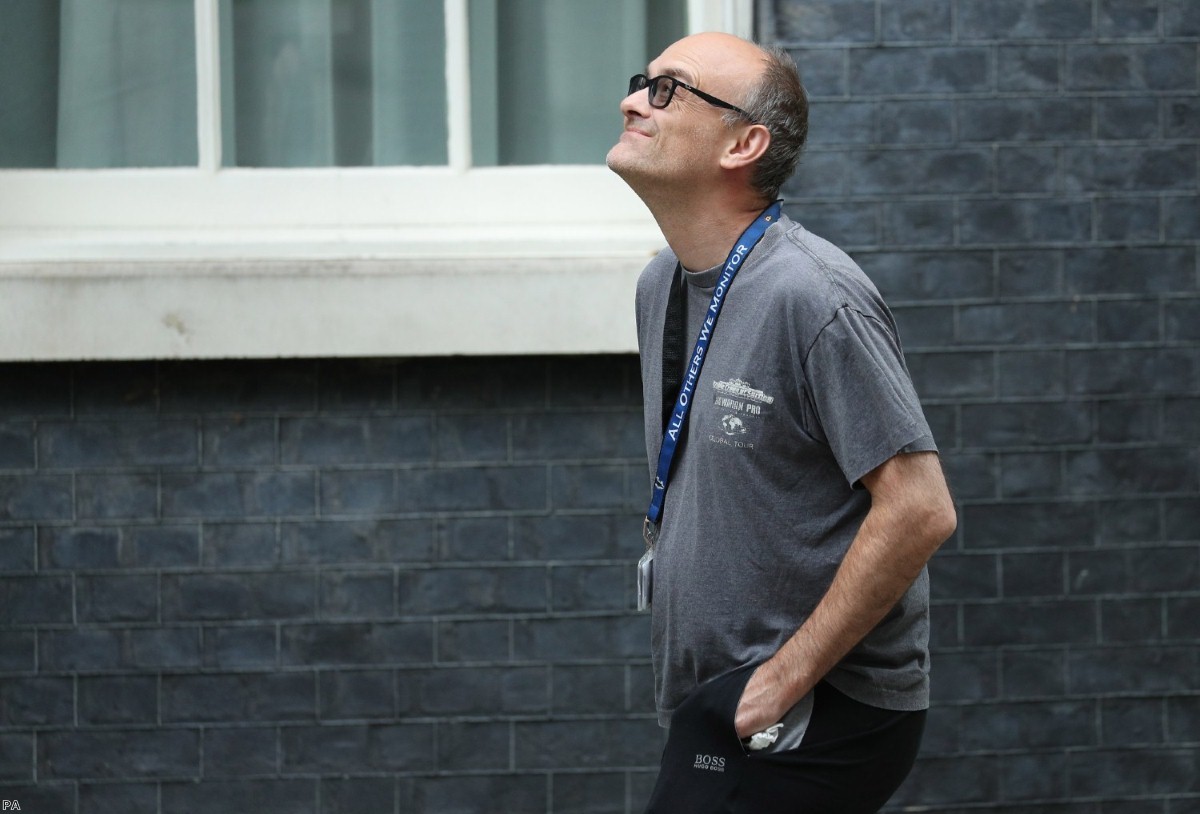 The government that acted unlawfully by shutting down parliament has set its sights higher – breaking international law. The move by Boris Johnson – no doubt following the advice of Dominic Cummings – to contravene the EU withdrawal agreement will breach Britain's international legal commitments. It's Global Britain, just not as we know it.

As Britain combines a shambolic coronavirus response with looming economic depression and an increasingly likely no-deal Brexit, this government of permanent victimhood is casting around for others to blame.

The list of targets now includes Labour, Remainers, the EU, civil servants, immigrants, the BBC, critical journalists, academics, students, judges, lawyers, and anyone deemed 'woke'. That list is non-exhaustive – so frequent and illogical are the attacks, it is difficult to keep track. The one constant is that none of the targets are members of the government or responsible for the government's decisions.

The Tories, aided by pliant six-figure scribes in the right wing press, are preparing to follow up this bluster with action. 'Activist' lawyers are demonised to provide a basis to curtailing the right to judicial review. Britain's membership of the European Convention on Human Rights looks insecure. The BBC faces a barrage of government attacks – on its journalists, on its finances and on its future. Journalists deemed critical are locked out by government press offices. Civil servants are forced out for defending their independence. Should the House of Lords obstruct the government at any stage, doubtless it will be in the line of fire too.

The government is entirely self-serving in when it goes on the attack and when it doesn't. Having essentially slept through the exam results crisis, Johnson popped up to launch a broadside at the BBC over the confected Rule Britannia row amid dark mutterings of left-wing bias, but then made a great show of defending the free press when climate change protesters blocked the distribution of mostly right-wing newspapers.

Then there is the law-breaking Brexit legislation itself. Tory politicians who have spent years demanding the hardest of Brexits as 'the will of the people' now want to rip up the very withdrawal agreement they won a mandate for last December in the name of the self-same people. Perhaps it was predictable. That doesn't make it any less shameless

The collateral – or maybe it's the point – is the steady erosion of the principles underpinning British democracy. The freedom of the media, the independence of the courts, civil servants and academia, the rule of law and the convention on human rights – all are steadily chipped away at, or at times fully assaulted. This is in addition to the undermining of the integrity of British elections, as detailed by the journalist Peter Geoghegan.

Prime ministers frequently contravene some of these principles. Few prioritise statesmanship over statecraft. Tony Blair's aides waged war on parts of the media, and on anti-terror laws he often clashed with the courts. Margaret Thatcher was highly political in her handling of the BBC, and outright abolished the Greater London Council for being too left wing for her taste.

But to act against all such principles at the same time, deliberately and zealously, is new. A government of ministers who can't shut up about Magna Carta attacks the tenets of our constitution like a latter-day King John. These people have no red lines beyond their own power and an ideological project. As an approach to government, it is different. And it is dangerous.

It seems odd that the Conservative and Unionist Party should play so fast and loose with Britain's constitution, institutions and even the Union itself. But the party is no longer conservative, in the sense of wanting to conserve things. It is now overrun with politicians and advisers who know Thatcher not as a prime minister but as a founding myth, an ideological exemplar and radical idol. They know everything she changed and nothing she kept the same. They memorise her Budgets and immortalise the miners' strike but have never heard of John Moore.

As a result they believe in a kind of permanent revolution, with a Gramscian obsession with bulldozing one boundary after another in an endless war on non-belief. They see their 80-seat majority, won off the back of Brexit and Jeremy Corbyn, as a mandate to fulfil fantasies nurtured since private school.

Chief among these fantasists are unelected advisors. Many criticisms can be made of our MPs, but some of the main instigators of instability in British politics since 2010 have had no electoral mandate at all – Steve Hilton, Matthew Elliott, Fiona Hill, Nick Timothy, and Cummings himself. Of these, only Elliott – founder of both the Taxpayers Alliance and Vote Leave – has not worked directly in government. The others were all advisers to Tory prime ministers in the last ten years, and each was notable for a complete inability to handle disagreement. Hilton was a crank, Hill and Timothy bullies, and Cummings is bent on replacing the civil service with socially maladjusted misfits and biddable yes-men.

It is hard to avoid the suspicion that they see checks and balances as the enemies of the people, partly because they are unaccountable to voters themselves. Unelected lobbyists and advisers live in a bubble, their only exposure to the public coming through focus groups. They see democracy as an opportunity, not a mandate. They assume votes cast in a general election are carte blanche for their every whim. Anything that gets in the way is in the way of The People.

They are not Trumpists, though they are often Trumpish. Unlike the fascistic US president, there is no plausible prospect they would refuse to accept the result of an election. But their commitment to democracy is nominal – it stretches no further than the existence of elections. They have little regard for the democratic process, which takes in not just elections but how those elections are conducted, the role of money in politics, legal checks and balances, the free press, human rights – the whole infrastructure of transparency, safeguards and protections that make democracy actually function.

The former Conservative activist David Herdson, who quit the party the day Johnson became leader, recently wrote: "Democracy tends to be as fragile or robust as the desire of its practitioners to maintain it. The public understands neither the 'what' nor the 'why' of a lot of the essential system that supports it."

We will soon find out what our current practitioners desire. It takes self-belief to make it to the top – but it is a dangerous thing if those at the top believe in nothing but themselves.