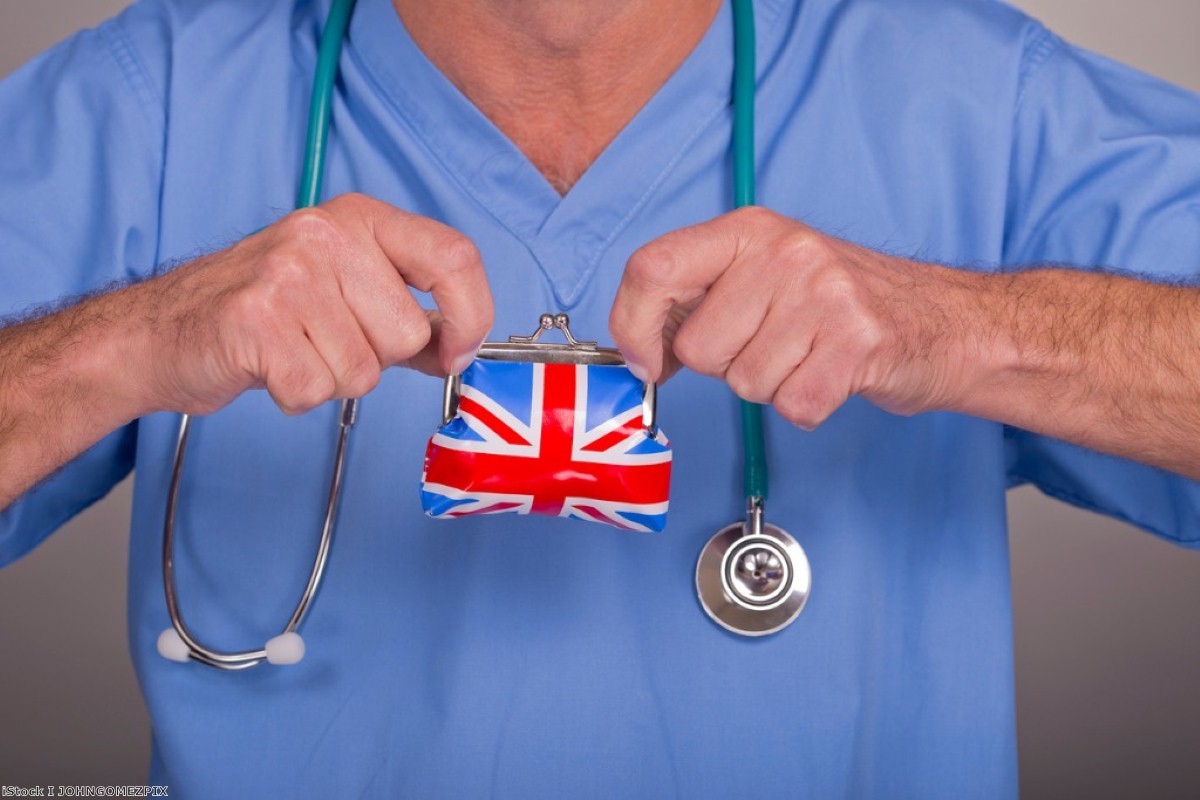 NHS surcharge: No migrant should face this double-taxation

Migrant NHS workers will no longer have to pay an extortionate surcharge to use the healthcare system that they help to sustain. Yesterday's U-turn by the government on this was both welcome and unexpected.

But it doesn't go far enough. Just like Brits, migrants contribute to the NHS through taxes. Demanding £400 extra per year – rising to £624 from October – is a form of double taxation. It also adds to the extortionate cost of visas themselves, which are crippling for many.

Because of these costs, teachers, bus drivers and other workers across the country will continue to drown in debt and struggle to feed their children. From October, a family of four renewing their 2.5 year visas will have to pay £6,240 just for the NHS surcharge – on top of the £4,000 cost of the visas.

Migrant Voice member Shantel Murray is one of those who will benefit from yesterday's U-turn. The 27-year-old works in a care home in Birmingham and already struggles to afford the surcharge. Once it rose again in October, it would have been completely impossible. Her reaction to hearing the news, caught on camera by Channel 4 News, is beautiful to watch – her relief is palpable and her happiness infectious.

Her sister Aniska is happy for her, but also frustrated. Like Shantel, she's been in the UK for 20 years and had to fight to get her status. And like Shantel, she works and pays taxes. But the new rules don't apply to her. When she renews her visa next time, she'll need to find £1,560 just to cover the surcharge for her 2.5 year visa.

"I've been paying taxes for years and I don't understand why I need to suffer," she says. She's worried that the costs – of the surcharge, the visa, of scanning and uploading documents – will keep on increasing. "They're doing this because we're easy targets."

To abolish the charge for Shantel but not Aniska is cruel and indefensible. It feeds a poisonous narrative – one that has flourished during the Covid-19 pandemic – that says some migrants are worth more than others, that only those who risk their lives on the frontline deserve a semblance of fair treatment, while the rest are left to drown in stress and debt.

The government argues that the surcharge raises necessary income for the NHS. The reality is that this income is a tiny fraction – far less than 0.5% – of the NHS budget, but an unjustifiably huge proportion of the income of those forced to pay it.

We believe instead that the ballooning NHS surcharge and the extortionate cost of visas in this country – often ten times that of other European countries – are an insidious way to force migrants in lower paid jobs out of the UK, and keep and attract only those with wealth.

This toxic hierarchy values wealth above all, then NHS workers – but only when they're saving our lives. It shunts everyone else to the bottom. It must be dismantled. The NHS surcharge should be abolished for everyone.

"What did I do to deserve this?" Aniska asks. We have no good answer and nor does the government.