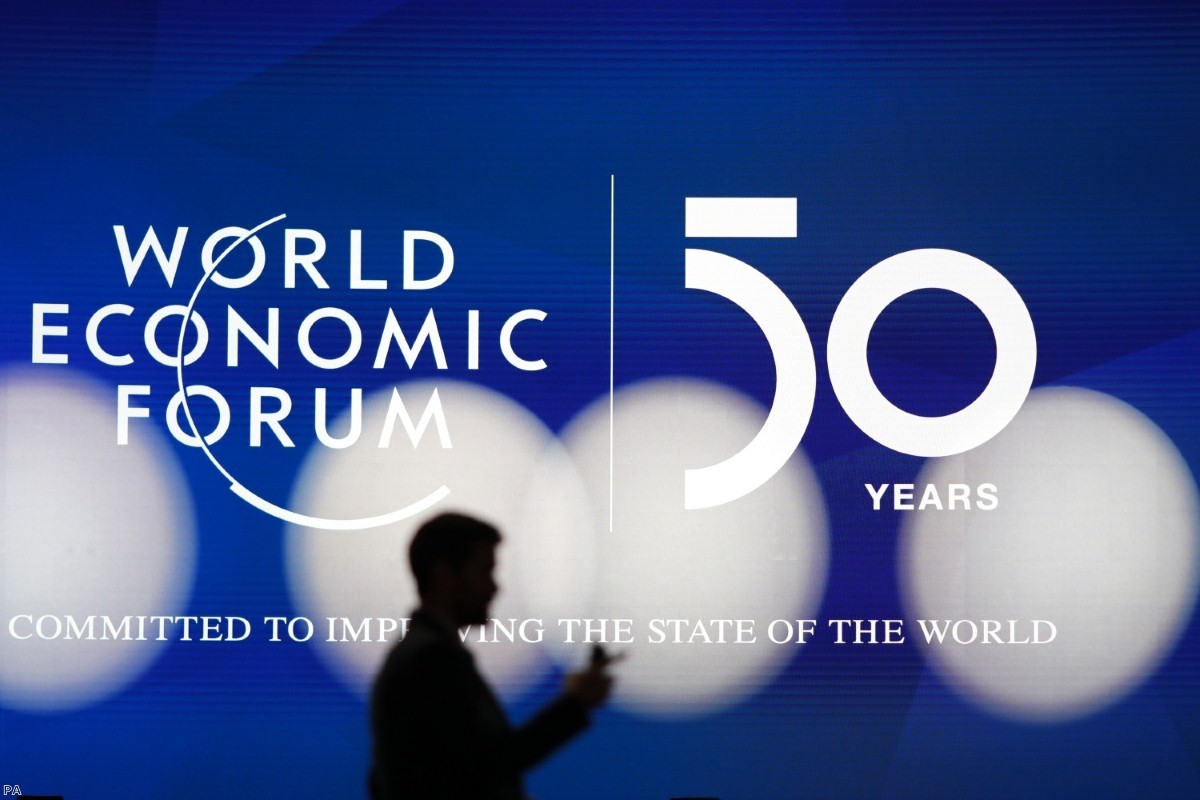 Forget the PR: Davos is a union meeting for the super-rich

The private jets of the global elite will be touching down in the exclusive Swiss ski resort of Davos this week, so that the millionaires and billionaires can discuss their role as "stakeholders for a cohesive and sustainable world".

The irony of those most to blame for the state of the world meeting to discuss how they are a force for good cannot be overlooked. If the past World Economic Forum meetings are anything to go by, this will be a meeting for the richest – mainly men and those from the West – to give each other a pat on the back and discuss how to get richer at our expense. The title of the event might be about sustainability but the backroom deals will be about the bottomline.

This year there will be added celebrations as the forum celebrates its 50th birthday – and the have-yachts certainly do have a lot to celebrate. In the half century before the World Economic Forum first met, Europe and the US had experienced a period in which the share of wealth of the top ten per cent had steadily fallen from 90% to 60%. In the five decades that followed, the rich have steadily clawed back an ever-greater slice of the pie, after Thatcherism/ Reaganism gave birth to the neo-liberal prescription of unfettered deregulation and privatisation.

The WEF's meeting in Davos is one way in which this status quo is maintained. It is the ultimate networking arena for the super-elite and big companies. It builds solidarity among the rich and helps them to keep on message.

No wonder then that it doesn't matter how many shocking figures Oxfam put out before every Davos – that 26 billionaires own as much as half the world or that the number of billionaires has doubled over the last decade. Nothing seems to embarrass or shame them into action. Their obliviousness to public anger is helped by how expensive it is to get to Davos for ordinary people, not to mention the price of staying in a place where renting a one-bedroom apartment will cost around £5,000 a night. If Davos was in a major city we could at least protest outside – but they know that.

The most watched moment of the 2019 Davos meeting was when the historian Rutger Bregman called out the rich and said the obvious: pay more taxes. Indeed, if those attending really wanted cohesion and sustainability this would be the simplest action they could take. Last year, rising star of the US Democrats Alexandria Ocasio-Cortez called for a 70% top rate to tackle climate breakdown – and before you start thinking this is too high, remember that Republican president Dwight D. Eisenhower used to preside over 90%.

But instead of paying a fairer share of tax, they want to move in the opposite direction. The talk is of 'billionaire philanthropy' where they pay less tax and decide themselves how much charity they wish to donate.

In their latest report, Oxfam make a compelling case that taxing the top one per cent of earners just 0.5% more will create 117 million jobs in health and social care. Yet this nowhere near as ambitious as we need to be. Not just because 0.5% is spare change to the richest, but also because we need to be talking about systemic change to hardwire fairness into the economy.

We need to build power among the masses – imagine if the poor instead of the rich got together to consider how best to weld their collective agency? This is exactly the function trade unions play, but how many of the represented companies, billionaires and politicians at Davos do you think are pro-union?

As several academics and think tankers pointed out last year, inequality is a matter of choice. So was austerity, the constant peeling back of trade union and workers' rights, and the lowering of the top rate of tax. All are consistent with a plan to place the greatest burden on the shoulders of the weakest, as shown by the fact that the poorest ten per cent of Brits pay a higher effective tax rate than the richest ten per cent once taxes on consumption such as VAT are taken into account.

While the delegates of Davos are entertained by a symphony orchestra, the global system is in tatters and toxic politics and nationalism hang over us. Decades of capital returns exceeding economic growth have taken their toll on people and the planet. The fight back will not take place in the Swiss ski slopes, but in communities and parliaments across the world.

Faiza Shaheen is the director of Class, the Centre for Labour and Social Studies. You can follow her on Twitter here.