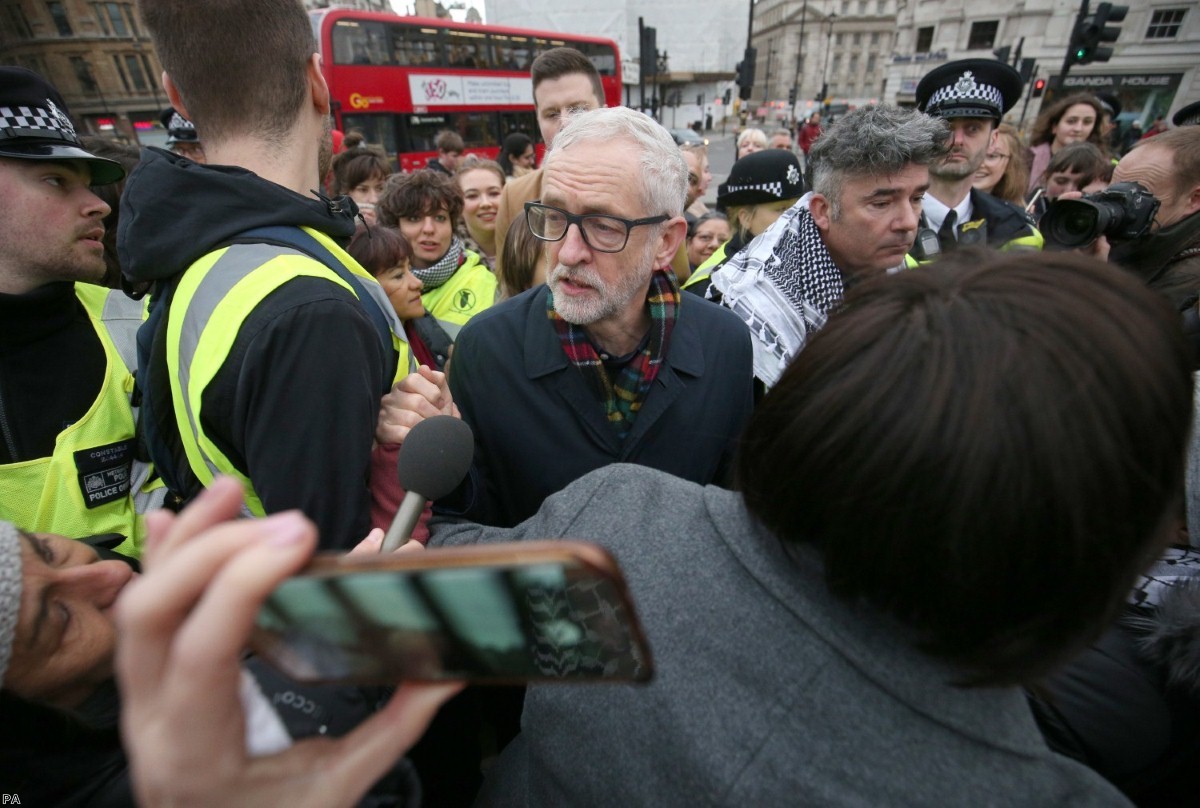 Labour’s problem in Scotland wasn’t independence – it was Corbyn

In December, Labour lost every single Scottish seat bar one to the SNP. If ever the party needed a wake up call to the defeat of Corbynism north of the border, it was shadow Scotland secretary Lesley Laird failing to hold on to the seat once held by Gordon Brown.

Yet in spite of this disastrous election result, Labour must not jump to the conclusion that wariness of independence, close ties to Europe, and progressive social policies are somehow incompatible with one another, or with electoral success.

Doing so would ignore the personal impact of Nicola Sturgeon. She is a leader who has been consistent in her position and confident in her outlook, while pushing a sensitive, realistic manifesto. Above all, she has a message of hope rooted in the future.

By contrast, polling on Corbyn’s leadership a week before the election didn't just show overall dissatisfaction with the Labour leader, it showed higher disapproval ratings in Scotland than in the country as a whole. The leadership was also overwhelmingly cited in the wake of the vote as the primary reason Labour voters were driven to other parties.

Then there is the testimony of current and former Scottish Labour MPs. Ian Murray, for example, is now Labour's only Scottish MP, and currently standing to be deputy leader of the party.

Why does he think the party failed to resonate with voters in Scotland? "The leadership, the manifesto was seen as being undeliverable and we appeared confused on our approach to both Brexit and independence." And as for the factors that saw voters turn to the SNP instead, Murray blames "the fact we've failed to articulate a positive vision for the UK and what Scotland looks like in 20-30 years."

All of this adds up to a manifest rejection of the Labour leadership by Scottish voters, rather than the inherent unelectability of a party unconvinced by independence.

Scottish Labour offers a separate manifesto from the main party. So while the former explicitly backed staying in the European Union, the latter did not. And after Scottish Labour leader Richard Leonard appeared to be contradicted by John McDonnell on the possibility of a future independence referendum, voters could be forgiven for not knowing where they'd end up under Corbyn government.

Where the SNP has been bold and honest on Brexit, independence and immigration, Labour has paid the price for its hesitation.

The party now has the time to think carefully about its voters, its leadership and the qualities that will best hold the government to account over the next five years. Love him or loathe him, the SNP's Ian Blackford has arguably been a louder and more effective critic in the Commons than many on the opposition front bench.

There is a clear opportunity for Boris Johnson to be challenged directly at the despatch box, on the airwaves and on social media. The government is on the brink of undertaking one of the riskiest domestic policies in British political history and whoever faces him in parliament must be able to do better than Corbyn has.

Whether a natural Leaver or Remainer, the next leader of the opposition must be able to point out the blatant irresponsibility of the way that Brexit has been handled so far – the broken promises, the negotiation-ending red lines, the end-of-transition cliff edge awaiting us at the end of the year.

Sturgeon and the SNP have a natural advantage here. They only have to answer to an electorate where 62% of voters supported Remain in 2016.

But the party's commitment to a constitutional independence referendum as an escape from Brexit may be its undoing. Johnson's official rejection of such a policy this week may see Scottish constituencies turn red in 2024 if voters sense that the SNP promised more than can possibly be delivered.

For Labour, the question of independence need not be a dealbreaker. Polling still indicates a consistent, if not overwhelming, majority against independence in Scotland. As recently as 2010 the party represented 41 of its 59 Westminster constituencies.

Corbyn's successor must now rise to the challenge of demonstrating a viable alternative future within the union to that offered by Johnson. That is not an insurmountable hurdle and they shouldn't treat it as one.