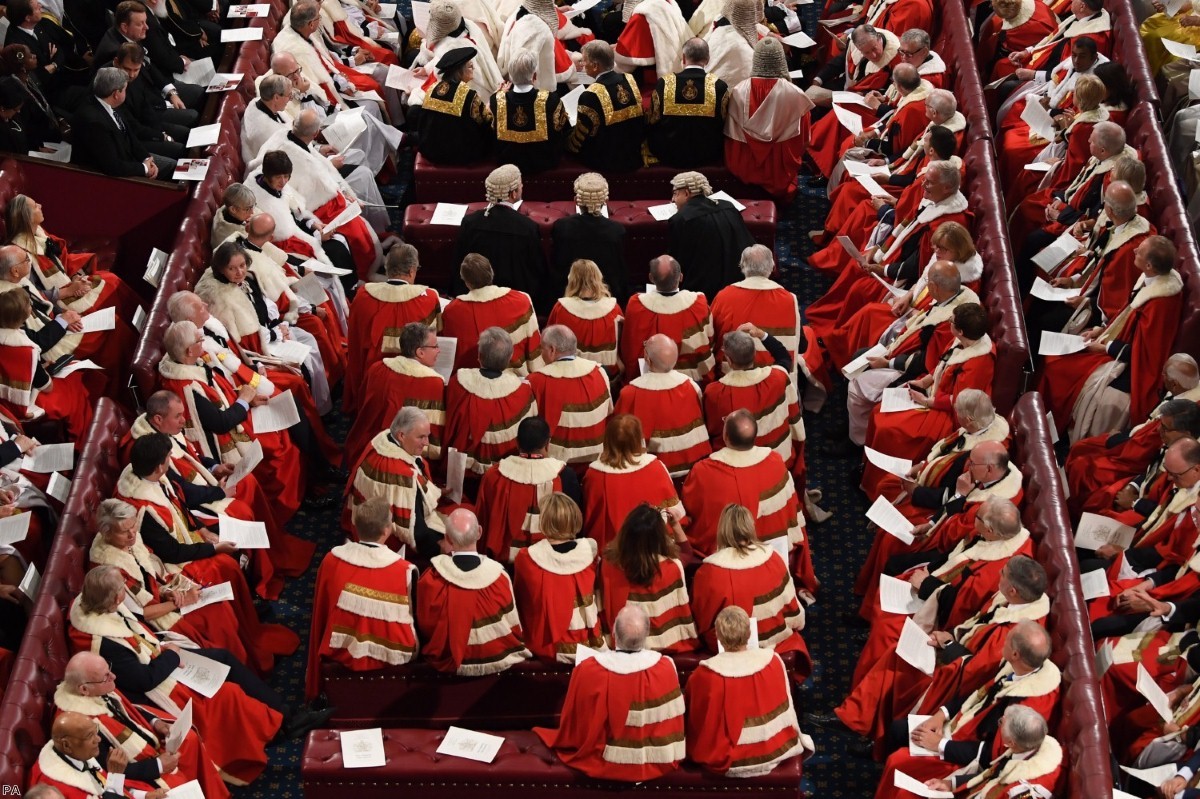 Johnson’s new peers make a mockery of our democracy

One of the principles of democratic government is that if you lose, politicians hand over the reins – peacefully and freely. It's a principle at risk of being discarded in Britain.

Defeated figures like Zac Goldsmith and Jo Swinson are likely to be among those who could be handed peerages – despite losing in last Thursday's election. Nicky Morgan – who 'stood down' as an MP – has already been awarded a peerage and now gets to stay on in the same ministerial role she stood down from. You couldn't make it up.

Let's be clear what that means. More Lords voting on our laws for life – after losing the confidence of their electorate. And claiming £305 a day tax-free for the privilege.

The House of Lords has long been used as an absurd insurance policy for ex-politicians. Lose your seat? Don't worry, here's another one. A lifetime pass to vote on our laws, and you get a fancy title to go with it. All without the worry of having to be held accountable by your voters.

In fact, the latest ERS research shows that more than a third of currently eligible peers (36.9%) are former politicians, political staff or activists. The idea the Lords offers a chamber more diverse, more representative and freer from the constraints of party politics is simply a lie. This is no chamber of experts – it's a retirement home for political cronies.

The House of Lords is already the largest second chamber in the world. It's about to get even bigger. Goldsmith, Swinson and Morgan aren't the only ones being handed early Christmas presents.

The PM is reportedly planning to stuff the House of Lords with more pro-Brexit allies to 'rebalance' the chamber – a raft of new political appointees parachuted in to shore up his numbers.

It's an understandable instinct – but the way to get a revising chamber that reflects all opinions and walks of life isn't to use cronyism but to move to a much smaller, proportionally-elected second house. The government should bring forward legislation to get on with this now.

As it is, the House of Lords is clearly not fit for purpose. When we keep seeing MPs stand down or lose their seats and get a life pass to vote on our laws anyway it's no wonder the public see the Lords as little more than a private members club. It's only so long before they will say enough is enough.

For too long governments and peers have taken the second chamber for a ride. But if you vote on our laws, you should be chosen by those affected by those laws, be held accountable for those laws and have a direct mandate from the people.

Considering we've just undertaken a huge exercise in political participation, the latest slew of cronyism stories makes the whole notion of transparency seem like some sort of cruel joke aimed at voters.

While hard working families scramble to finish their Christmas shopping the political class are swapping gifts with each other – courtesy of the taxpayer.

There should be a moratorium on new appointments while the Lords is replaced with a fairly-elected revising chamber.

It's time for an overhaul to sort out this political stitch-up – we need a fairly elected second chamber to replace this archaic boys club we have now.

Willie Sullivan is a senior director of the Electoral Reform Society.