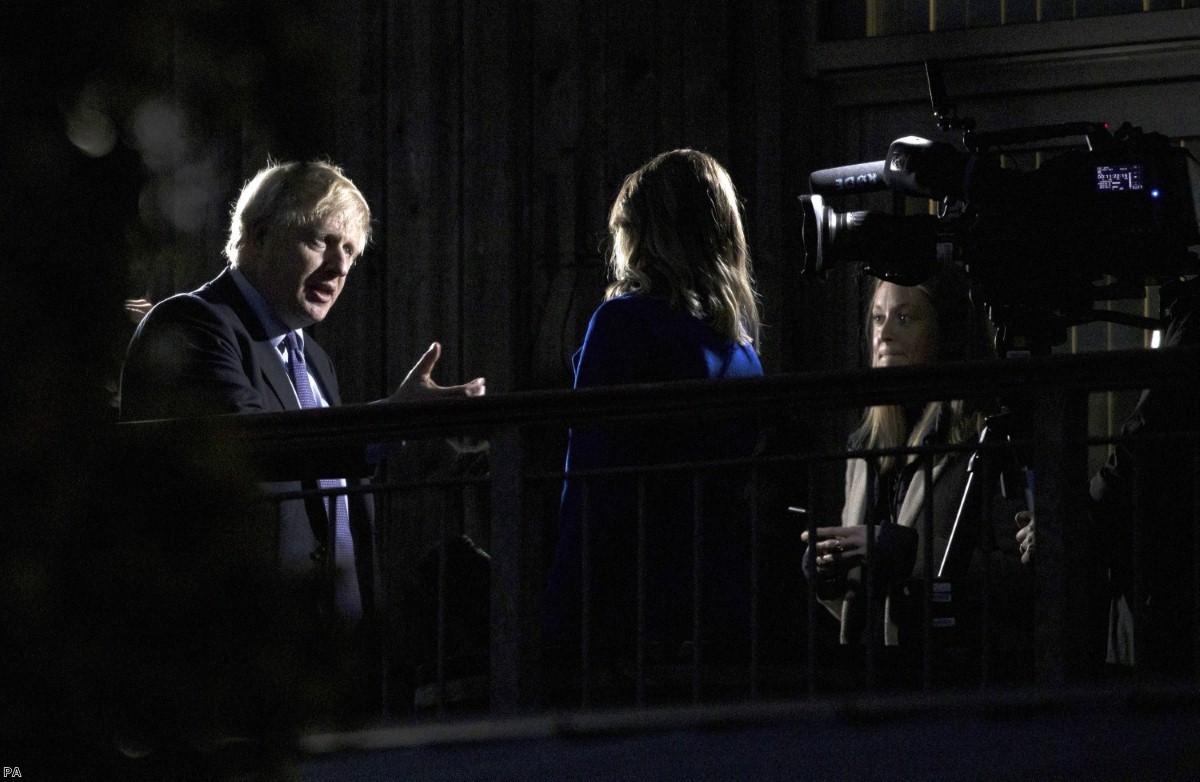 The Tory racism problem is as severe as Labour’s

As a Jewish person who supports the Labour party, it's fair to say that last week was not fun.

The Chief Rabbi's condemnation of Labour was a depressing moment. Jeremy Corbyn's failure to apologise on television for the hurt caused to the Jewish community was intensely frustrating. But for me the nadir came in a tweet from Michael Gove.

He was responding to the historian Sir Richard Evans, who had written that he was planning to vote Labour. With his characteristic pious charm, Gove pronounced: "History teaches us where a failure to stand up to anti-semitism leads – which is why it is all the sadder to see this historian of the twentieth century fail to heed its lessons."

Never mind that Evans has spent his career explaining the rise of Nazism and helped demolish the reputation of a prominent Holocaust denier. Never mind that during the referendum campaign Gove compared pro-EU experts to Nazi scientists. Here was a Cabinet minister, standing on an overtly xenophobic and nationalistic election platform, daring to lecture us about the dangers of racism and implicitly likening the threat of Corbyn to that of Adolf Hitler.

There is a real crisis of anti-semitism in this country, across the political spectrum. It has in recent years taken root in a fringe of the left. The Labour party dismally failed in its early response. But under no circumstances will a party that has promoted racist exclusionary politics all my life presume to speak for me or defend my interests.

Perhaps we should remind ourselves about the credentials of our new 'anti-racist' party. In the last ten years, the Conservative government unveiled the hostile environment, which systematically dehumanised immigrants, split up families and overwhelmingly discriminated against non-white people. That government dispatched the famously friendly 'Go Home' vans. Under Theresa May's watch, black Britons were denied medical treatment or deported in the Windrush scandal. And the drum-beat of English nationalism reached a crescendo as Gove and Boris Johnson deliberately terrified voters during the referendum campaign with the fake prospect of 76 million Turks imminently arriving in Britain through an open door.

In this election campaign, the health secretary has already dog-whistled about the 'International Health Service' in reference to an imaginary problem about foreign users of the NHS. Last week a Tory press release described the "strain" placed on schools by children from the EU "increasing the demand for places". In both cases the party has explicitly aped the language of the far right.

But of course the Tories have form when it comes to election campaigns. We have already forgotten Zac Goldsmith's scorched-earth pursuit of the London mayoralty in 2016, which advised voters with Indian-sounding surnames that Sadiq Khan was planning a tax on family heirlooms, labelled his Muslim opponent with the coded word "radical", and culminated with a Goldsmith op-ed in the Daily Mail painting Khan as a friend of terrorists and illustrated by the bus blown up on 7/7. Johnson, incidentally, joined that campaign wholeheartedly and himself wrote that Khan was "pandering to extremists".

Funnily enough, there was also a prominent politician of Jewish origin who fell victim to coded right-wing smears. The Tory machine was never so crass to shout about Ed Miliband's ethnicity, but the constant pictures of the bacon sandwich, references to 'north London', and, worst of all, the declaration by then-Cabinet minister Michael Fallon that "Ed Miliband stabbed his own brother in the back to become Labour leader" and was now "willing to stab the United Kingdom in the back to become prime minister" did the job well enough.

Fallon's remark invoked the notorious 'stab in the back' myth from the Weimar Republic and recalled the anti-semitic trope about Jews' supposed lack of loyalty to their adopted countries. It neatly echoed the Daily Mail's earlier assault on Miliband's father Ralph, a war hero and refugee from the Nazis, as a man who "hated Britain".

The Conservatives have been perfectly comfortable with anti-semites for years. As recently as Thursday, Theresa May unveiled a statue of the notorious anti-semite Nancy Astor, who proposed that Hitler might solve the "world problem" of Jews. The Tories have proved cheerleaders in the European parliament for Hungarian prime minister Viktor Orbán, who propelled the anti-semitic abuse against George Soros into its own category of electioneering.

Then, of course, there is the Conservative party's endemic Islamophobia. This does not simply relate to parliamentary candidates, but also the membership. A YouGov poll in June found that 40% of members wanted to place limits on the number of Muslims permitted to enter the country, and 43% would object to a Muslim prime minister.

This problem attracts a distinct double standard. Imagine if a senior Labour figure had ridiculed orthodox Jewish attire, or if a shadow Cabinet minister had told Margaret Hodge to take a more "balanced" approach to antisemitism, as Matt Hancock advised Baroness Warsi regarding Islamophobia. Last Tuesday the prime minister helpfully declared that anyone in the party "done for Islamophobia" would be "out first bounce". Sadly the man who likened women wearing the burka to letter-boxes and bank robbers remains the party's leader.

This election is not just dragging in Jews and Muslims. The Conservatives are additionally managing to persuade Hindus that Labour is anti-Indian, following Labour's conference motion condemning the Indian government's recent actions in Kashmir. No matter that ministers have described this as an "international issue" and expressed their concerns with Indian counterparts. Communities must be pitched against one another. Ethnicity must be weaponised. People must be scared, divided and ruled.

This is not about which racism is worse, but which electoral path will do the most to tackle it. A party which opportunistically instrumentalises racism, and uses the anguish of the Jewish community to cleanse both its past record and current platform, will never be a champion of tolerant or progressive politics. It will throw any number of people under the bus to secure victory.

We need to talk about the antisemitism problem in the Labour party. But let it never be said the Tories don't care about racism. They literally depend on it.