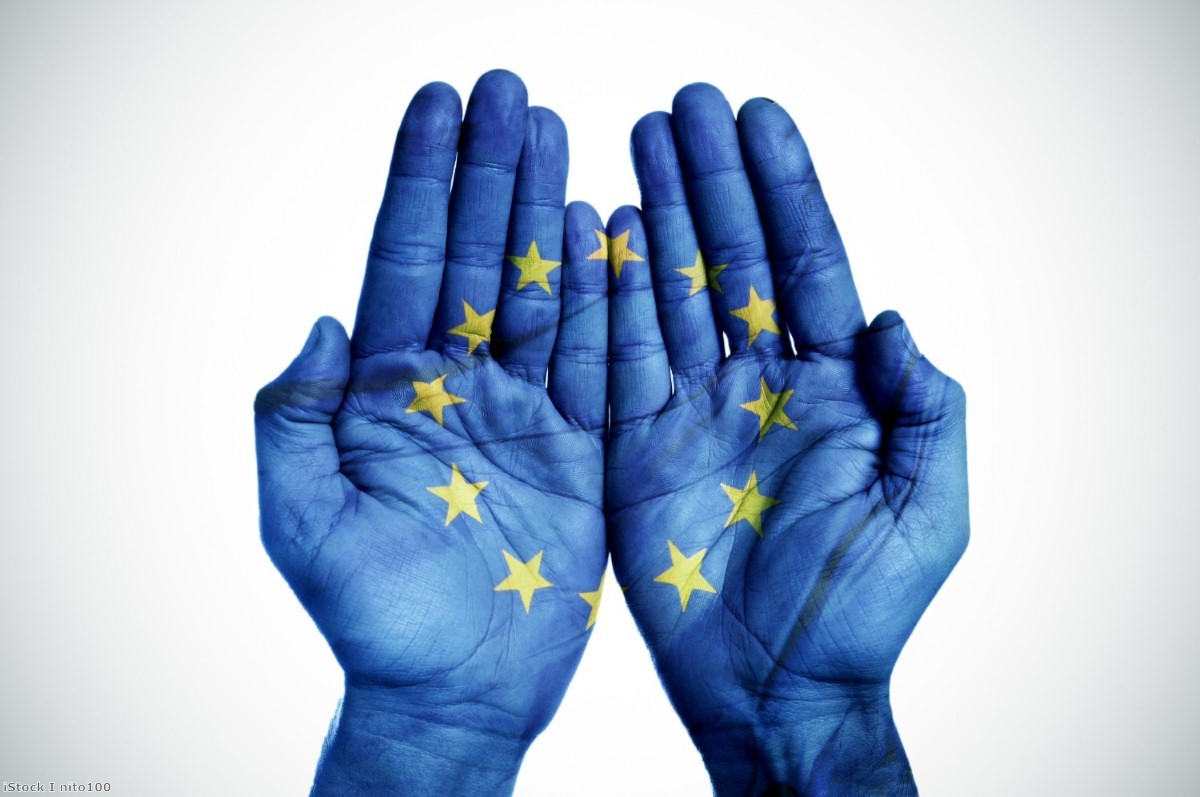 For the Brexit party's new MEPs, irony is officially dead.

It was inevitable that the 29 reluctant deputies would eventually have to travel to Brussels to pretend to take their seats. What was unanticipated was their embarrassingly dim campaign to expose EU corruption by pocketing the benefits intended for people actually doing the job.

Annunziata Rees-Mogg was quick to complain that she was given a free iPad "for no very obvious reason", revealing as much about her ignorance of her responsibilities as it does her planned work ethic. There's a kind of entitled tragedy to her subsequent complaints about a salary she's not only drawing but campaigned across the country to get.

Rees-Mogg is one of many MEPs who feature in the centrepiece of this effort, a baffling video montage of Brexit party politicians arriving in Brussels only to decry their own presence and criticise the resources being wasted on them.

Outside a European parliament building, MEP elect Christina Jordan tells the camera without a trace of self-awareness: "Look where I am now. How absolutely disappointing."

It is hard to disagree. In an inadvertent moment of clarity, she describes it as a sad reflection of the country that someone like her should be there representing the South West. Of course, in undermining our presence in a parliament we still contribute to as EU members, she is doing anything but represent the interests of her constituents.

Three years after we voted to leave our newly elected MEPs have arrived in Brussels. It's shocking what they've found ?? pic.twitter.com/jcAhBjFZng

Donkey advocate and occasional animal rights activist Ann Widdecombe also features in the video, urging viewers not to complain about Westminster expenses in light of what she's seen in Brussels. Which presumably means she found someone else vain enough to spend £9,000 of taxpayers money on their own newspaper clippings.

Others piled in on social media and press. Claire Fox heroically accepted the institution's business class travel recommendations in a know-nothing-tell-all piece entitled 'Gravy Train'. She insists she'll churn out more "exposés" every time she heads to Brussels, so don't expect a flurry of articles anytime soon.

Lucy Harris, newly elected representative for Yorkshire and the Humber, announced after a recent trip to Brussels that she'd finally been "to the EU for the first time". God knows what'll happen when she finds out she’s been living there all along.

Worse still, it took her being elected to the European Parliament to find out that MEPs don't actually initiate legislation, no doubt spelling disaster for her cunning plan to take us out of the EU single-handedly.

Spare a thought for John Longworth MEP, though, whose BrexitCentral account of his first week at the European parliament is as deranged as it is hyperbolic.

Maintaining a careful balance between blatant hypocrisy and exceptionalist jibes, Longworth recoils wildly from the basic formalities for his new job, appropriates the entire city as "the capital of a country invented by Britain" and criticises his German colleagues for not speaking enough English. His suspicion even of the hotel staff who have learnt his name after three years of visits betrays the kind of basic aversion to competency no doubt widespread among his new colleagues.

The shock factor shouldn't be underestimated. Most of the Brexit party's MEPs probably hadn't realised that democratic representation is a part of the EU. Rather than experiencing awe at the privileged position they now hold, they haven’t got past the bombshell of realising the job actually exists.

But more than anything, this campaign to expose the apparent horrors of the EU is a shameless smokescreen to allow their MEPs to draw the benefits afforded to those actually working on the European project, while offering faux-outrage reassurance for Brexit backers in Britain. Nigel Farage is no stranger to such tactics, having lost half his MEP salary in 2018 to pay back misspent public funds.

What dismal lack of self-awareness leads you to ridicule the staff, offices and infrastructure made available for the work you're refusing to do? If the Brexit party's representatives reject the institution, where is the wholesale rejection of the paycheck, of the pension, of the democratic power their seats hold?

What is genuinely sad is not the allocation of resources to those trying to do their jobs – it's the wasteful entitlement and lack of awareness of those who won't.