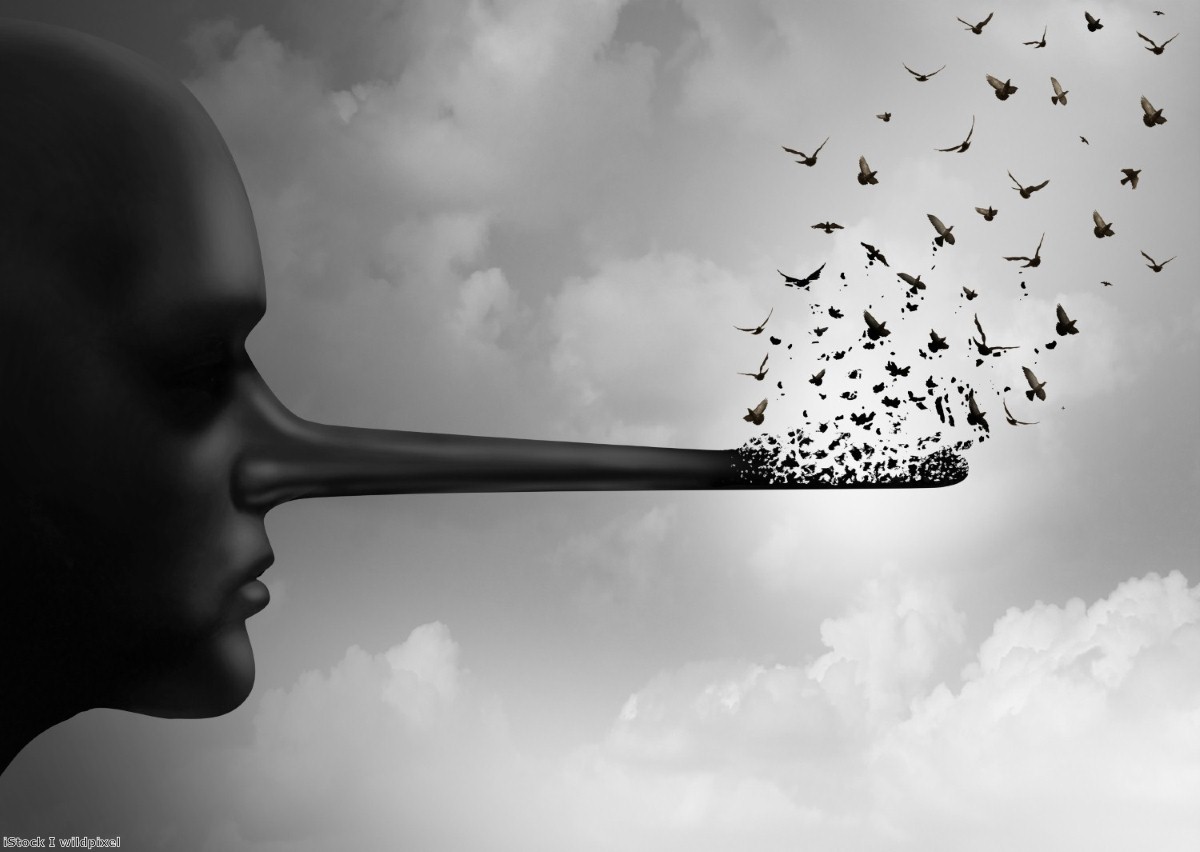 The endless Brexit lies have left us in an Orwellian nightmare

Anyone remember the days when the EU could "go whistle" for its divorce bill? When we weren't going to have a transition or, if we were, keep it to a few months and concede it as a favour to the EU? When free movement of people would end before that transition began? When we weren't going to sign a backstop that put a border in the Irish Sea or kept us in a customs union? When we were going to sign a backstop, but only so we could move on to negotiate our trade deal? When that trade deal was going to be ready to sign a "nanosecond" after leaving? When the transition was to be an "implementation" period to put that trade deal into effect?

None of it happened, nobody in government admits it or cares, and the history has now been erased. Everyone now accepts we will pay an unconditional divorce bill, regardless of any trade deal. The transition will require us to follow all EU law. It will likely last four years and need much longer. And despite all the desperation of December 2017, when Theresa May had to sign the backstop to enable the negotiation's second phase, those talks didn't begin for seven months, and resulted in two dozen pages of aspirational waffle when they did.

Last week May made her greatest climbdown since the backstop, when she conceded that parliament must have the final decision on whether to leave with no-deal or whether to request an extension to Article 50. The article of faith on which the prime minister had staked so much political capital and with so much fervour – the arbitrary exit date of March 29th – has all but disappeared. For two years, our leaders repeated this date as though it were foretold in the Bible and were so certain of its immutability that they enshrined it in the Withdrawal Act. The prime minister declared that she would rather leave without a deal than extend this date. Now they will abandon the goal as though they meant to all along.

There is a reason George Orwell has been so frequently cited over the last three years. It is not just the doublethink of 'building a deep and special partnership' while simultaneously dismantling it, or of 'taking back control of our money, borders and laws' while explicitly handing over all three. It is also in the idea that the breathless, febrile mayhem of the last three years was somehow pre-ordained and that each chaotic U-turn and climbdown was always part of the plan.

This only makes sense when you realise that Brexit itself is an exercise in unreality. As an error, it is so historic and misconceived that we have had to alter history to accommodate it. Thus the government declares we will be better off outside the EU, despite its own figures contradicting it, and despite every government since the 1960s holding the directly contrary view. Thus May declares that "the European Union never felt to us like an integral part of our national story", despite the profound Europeanism that pervaded much of the national debate in the decades following the war and the fact that 67% of the British public endorsed our membership in 1975.

Because Brexit was toxically unthinkable, it had to be made both normal and inevitable. The government that was determined to deliver it needed to absorb it into its bloodstream just to manage it. For this reason the Tory party denies what Brexit is: a grisly fluke of David Cameron's short-term political opportunism and hubristic party leadership combined with a poisonous forty-year media campaign. The Tories have cast Brexit into teleology, where our departure from the EU became our destiny, something always meant to be and therefore immune from any future challenge.

Sometimes 'a new reality' is just a euphemism for a lie. During the referendum and since, much of our political narrative has deliberately ignored, distorted and suppressed objective fact. The lies now disappear almost as soon as they're heard. Nobody now talks about Turkey joining the EU in the near future, bringing 77 million Turks exercising their free movement – and yet this was a crucial element of the Brexiters' fear-mongering. The £350m a week to the NHS similarly faded into and out of memory. Meanwhile the Vote Leave promise of a free trade area "stretching from Iceland to Turkey" imploded when the government ruled out both a single market (featuring Iceland) and a customs union (featuring Turkey). Indeed, the hard Brexiters' approved lie now is that the public was in fact voting for no-deal even while they were promised the easiest and most comprehensive deal in history.

When it's not about lies, it's about panic. We know we made a catastrophic decision, and in order to deny that horrifying fact we invent new, arbitrary realities to conceal the scale of the original disaster. Thus we were always going to leave the single market and customs union, March 29th is the day we voted to leave, and we were always going to preserve the open Irish border. In fact the government had none of these items on its formal policy agenda in the immediate aftermath of the referendum and didn't give a thought to the Irish border at all for its first year in office. Its only genuine success is to cast a convincing narrative that it did, and consequently to rewrite history.

Why then have some red lines, such as the transition, been unwritten, and others, such as free movement, been retained? There is no deep principle or order to it, and no universal truth. They were determined by the paralysis of a prime minister stumbling from one miscalculation to the next, who had to make it through whatever crisis she found herself in that particular week, and set herself just two goals: appeasing her party's hard right and formalising her own xenophobia.

But here we find the only hope in this national wreck. If the government can slay this many sacred cows, it can slay more to come. The cast-iron deadline of March 29th was abandoned over the course of a morning. The impossible can quickly become inevitable. We can conceive that in the coming months MPs will first accept standing in the European elections, or extending Article 50 beyond July, or even perhaps holding a referendum – and maybe, in a far-off dream, ending this nightmare altogether. If Brexit seems guaranteed, remember that until a few years ago so did remaining in the EU.

In the meantime, we are left with the last gasp of the old lies from 2016: the idea the Commission will buckle, that the member states will ride to our rescue. They will not. And there are older and uglier lies than that at play too: that Britain will always outmanoeuvre and outsmart the continental Europeans and the insubordinate Irish will eventually do as they're told. That, too, will not happen. In the end, British exceptionalism will be the last reality to collapse. Because it is our oldest lie of all.