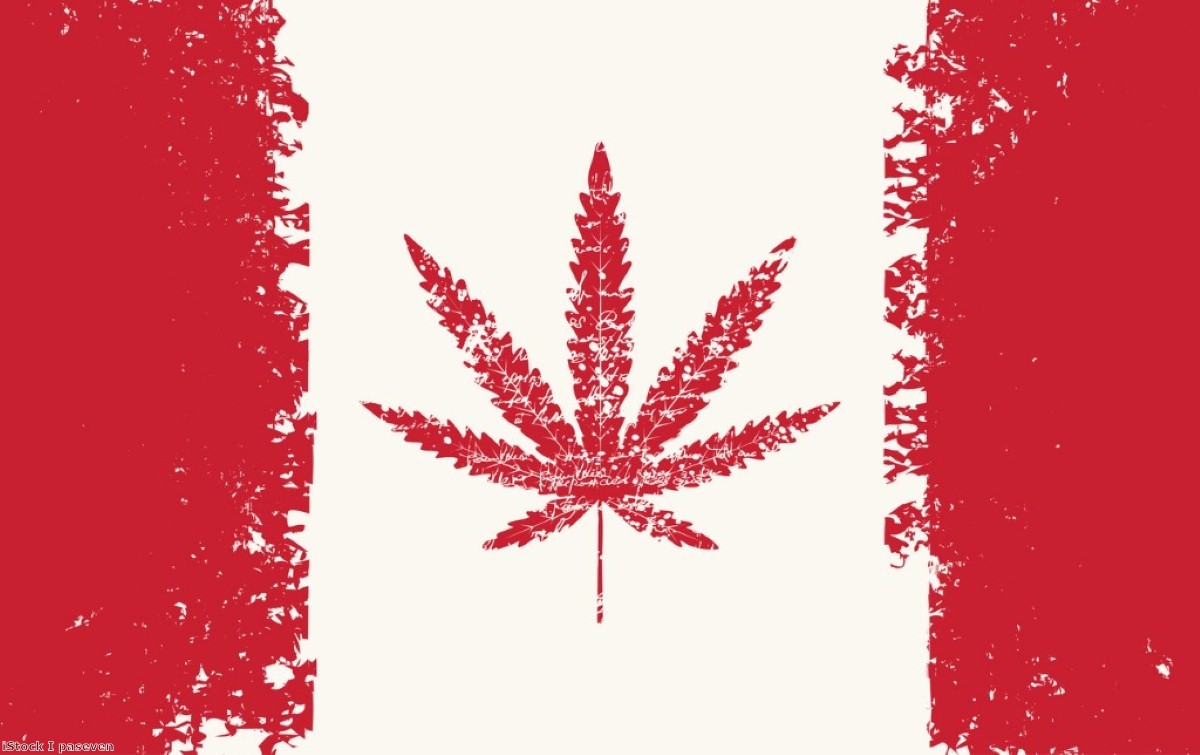 Like the two years before it, 2018 been a year of people making political decisions despite, rather than because of, what experts tell them. My pick for the best moment of the year, then, is a rare example of the opposite.

In October, the Canadian government decided to legalise cannabis. They did so because experts repeatedly told them that this was the best way to reduce the harms caused by the drug. They've looked at other places which have legalised or decriminalised drugs, such as Portugal and Uruguay, and seen that use does not go up, but harms do go down. They've listened to the World Health Organisation, which told them that strict drug laws do not, on average, correlate with low drug use.

It's not that they've gone for a free-for-all. The Canadian government has put in place regulations – on standardised packaging, advertising, sales to minors, use while driving – to reduce use and harm, just as our government has, over the years, with tobacco and alcohol, on the basis of expert, evidence-led advice. They've introduced taxes, which are higher on the stronger, more dangerous forms.

It's wonderful. It shows trust in the electorate. Here in Britain, politicians are absolutely terrified of asking the voters to believe anything even slightly counterintuitive or complex. At the start of the year, I wrote a piece for this site about the cowardice of the British government's drug policies, or lack thereof. They lack the stomach to say 'cracking down on drugs doesn't reduce their use and it puts a huge industry in the hands of people who don't care if your children live or die'. Instead they say 'drugs are bad so they should be illegal', constantly scared of looking soft on crime, while at the same time quietly stripping the police of resources so they couldn't do anything about weed even if they wanted to.

But in Canada, it seems, you can say to the electorate: 'Look, it may not seem obvious, but the evidence and expert opinion suggests that the best way to protect children is to make cannabis legal, but regulated'. And it works. It gives me hope that this era of really dumb decisions might come to an end.

Having said that, scientists can be idiots too. I don't want to pick yet another Brexit-related fustercluck as my worst moment of the year, so I'll go for something more in my area: the stupid, self-aggrandising, public-trust-in-science-sabotaging decision by a Chinese geneticist to apparently edit the genes of twin baby girls.

In November, He Jankui of the Southern University of Science and Technology announced that the two girls had been born with the gene CCR5 eliminated, using CRISPR-Cas9, the gene-editing technique. In theory, removing CCR5 grants (limited) immunity to HIV, which was why he did it.

It was a remarkably stupid thing to do. For one thing, HIV is easily controlled. The girls' father is apparently positive, but the odds of them catching it off him, presumably via their mother catching it and then passing it on either in the womb or in her breast milk, are low, and would have been negligible had the father been on good antiretroviral drugs. It's using a dangerous solution to a problem that's largely solved.

For another, the technology is not really there yet. The two girls were not, apparently, born with CCR5 properly knocked out. It seems that one or both of the babies were either heterozygous – only one of the two copies in each of her cells was changed – or mosaic – some cells had been changed but not others. Even if eliminating CCR5 really does provide immunity (which is unclear, and it's also unclear whether there are other effects), it probably hasn't worked. (It’s all a bit murky because – another problem – it wasn't peer-reviewed, so no-one really knows what went on.)

The worst thing about all of this is that, one day, gene editing will almost certainly be a powerful tool that can reduce human suffering. Our understanding of human genetics is growing by the day, and it probably won't be too many years before scientists can edit genes to prevent real, dangerous conditions, such as multiple sclerosis. It has the potential to be the smallpox vaccine of our time, eradicating diseases and saving lives.

But only when it's safe to do so. In the UK, gene editing is governed by the admirable Human Fertilisation and Embryology Authority, a very sensible and forward-thinking body that, as and when the technology becomes safe and reliable, will almost certainly make it available for patients, as they have with mitochondrial donation ('three-parent babies'). But it'll be that much harder if there's a public backlash because some idiot self-publicist has endangered two babies with a pointless stunt.

Tom Chivers is a science writer. His first book, The AI Does Not Hate You: The Rationalists and Their Quest to Save the World, will be published by Weidenfeld & Nicolson in 2019.