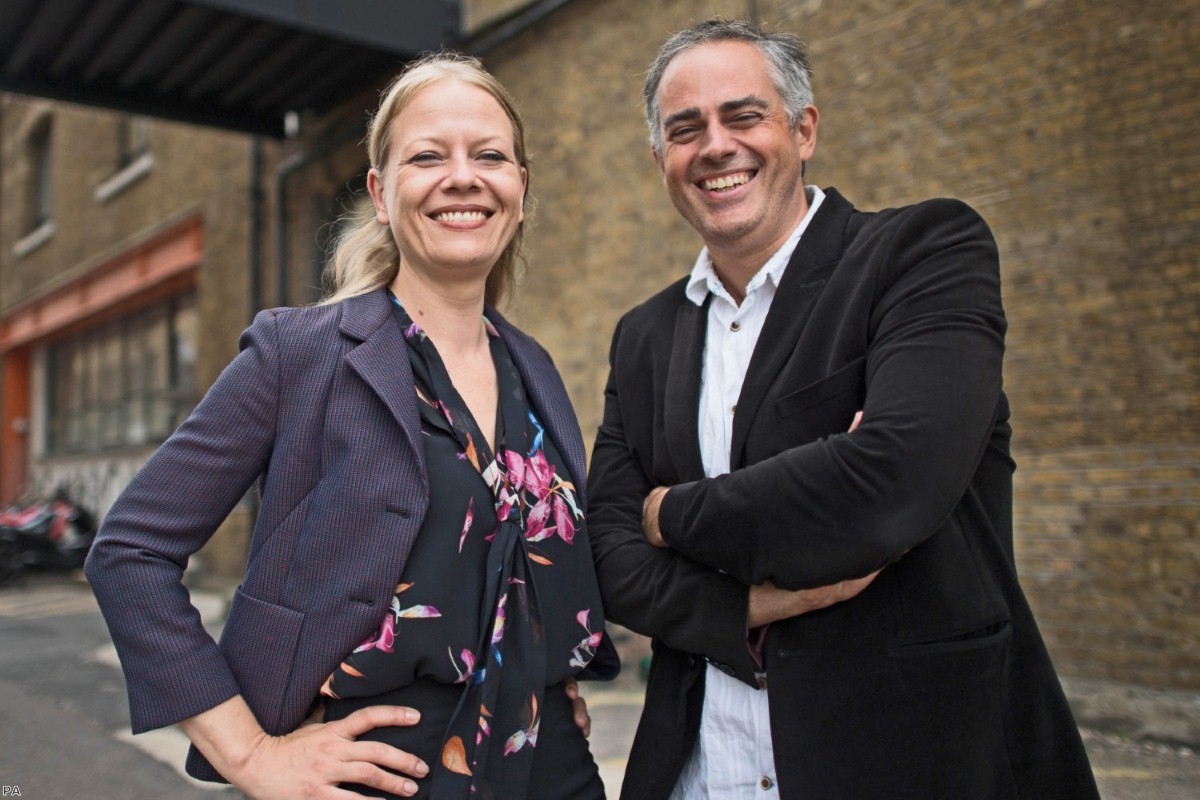 The Green party will be bold or it will be nothing

With Brexit looming and the planet burning, everything is up for grabs. But instead of facing the fact the people of Britain want politics with passion, recent weeks have seen an effort to pull politics back to old school centrism. From suggestions we need a whole new centrist party, to the Lib Dems' proposed 'Momentum for moderates', the stale centrism of the past is trying to claw its way back into the limelight.

Last week, Jonathan Bartley and I were elected co-leaders of the Green party of England and Wales. We want to make one thing clear. Greens are the opposite of stale centrism. We look at the big picture, seek out the most fundamental problems and offer the best, most radical plan to solve them.

The idea that our country needs a return to the centrist market-orientated consensus that so badly let us down is incredibly lazy thinking. It's not good enough for the huge crises facing us both at home and around the world. Look closely at Brexit, the housing crisis or air pollution and you can see just how badly the old order failed us under every one of the Labour, coalition and Tory governments we've had since the turn of the century.

The biggest challenge of all is climate breakdown. In the leadership election, our members told us passionately they wanted our new leaders to bring this issue to the forefront of politics and we are committed to doing that.

This summer's heatwave, the joint hottest on record, should have set alarm bells ringing throughout the political establishment. People around the country saw that this year, not just football but climate change was coming home and they are looking to see what the politicians in power are doing to stop it.

What people are seeing is not impressive. Environment secretary Michael Gove has done his best to greenwash his government, but you don't have to look very hard to see the cracks. The government's decision in July to sign off on the fracking site at Preston New Road in Lancashire, and the decision two weeks earlier to give the go-ahead to a third runway at Heathrow, will lock us into decades of climate failure. Backing these dying industries that excel only in lobbying is short-sighted and brazen, and it stamps on the wishes of local communities. Millions of Londoners oppose the noise and pollution that will accompany the vast climate-wrecking emissions that would come from Heathrow expansion and millions are still resolved to stop it.

The Heathrow vote also exposed the Labour party's weakness and indecision on the big issues, which is also a tendency we've seen with Brexit. On Heathrow, the so-called opposition was happy to muddy the waters with a free vote rather than stand up for what is right.

On these defining questions, you'll see no such fogginess and fudge from Greens. We will always offer a clear vision and consistency if you elect us as your councillors, assembly members, MEPs or MPs. We'll argue in the chambers of power, but we'll also put our bodies on the line and join direct action when democracy fails, as we have in Lancashire against fracking, in Colne Valley against HS2 and in Sheffield, where Green councillor Alison Teal has been threatened by the council with prison for standing up against the wanton street tree-felling programme of their new contractors.

Across the country, Green councillors are building a grassroots political revolution. We're the strongest voices for divesting public pension funds from fossil fuels and investing in community-led green energy to power our council homes, community centres, churches and town halls. Sheffield councillor Magid Magid has been a revelation as Lord Mayor of his city, engaging a generation of young people who previously felt that they couldn't connect with politics.

In council chambers, one Green can change everything. This is why Jonathan is now leader of a growing group of Green councillors in Lambeth after the council there stopped listening to its residents and let them down badly over council estate redevelopment. It's why a key goal of mine is to have a Green like Magid or Alison on every council across the country.

Meanwhile, in the world of Westminster, the biggest idea doing the rounds is a limping return to the stale centrism that got us in this state in the first place. While the Conservatives are presiding over a Brexit shambles, the Liberal Democrats have spent the summer making overtures to millionaires looking to form a new centrist party and ex-prime minister Tony Blair has been making his presence known again on a similar theme. By looking backwards to a failed past, this centrist blob is showing us how far it is from being equipped to fight the most crucial battle of all – to save the planet upon which we depend. And if the MPs can't lead, then the people must.

This country is not broken, but our governments have been for many years. We won't solve our problems by facing backwards and grasping out for a political dead-end. A consensus that failed so badly to reprogram our economy for the benefit of people and planet is what helped sow the seeds at the heart of why people voted for Brexit.

The Green party of England and Wales will be bold or it will be nothing. By showing there is an alternative to a stale centrism, by naming the problems at the heart of our society and speaking up for the need to be radical, we will show the country that a Green voice is something worth voting for.

Sian Berry is co-leader of the Green party of England and Wales.