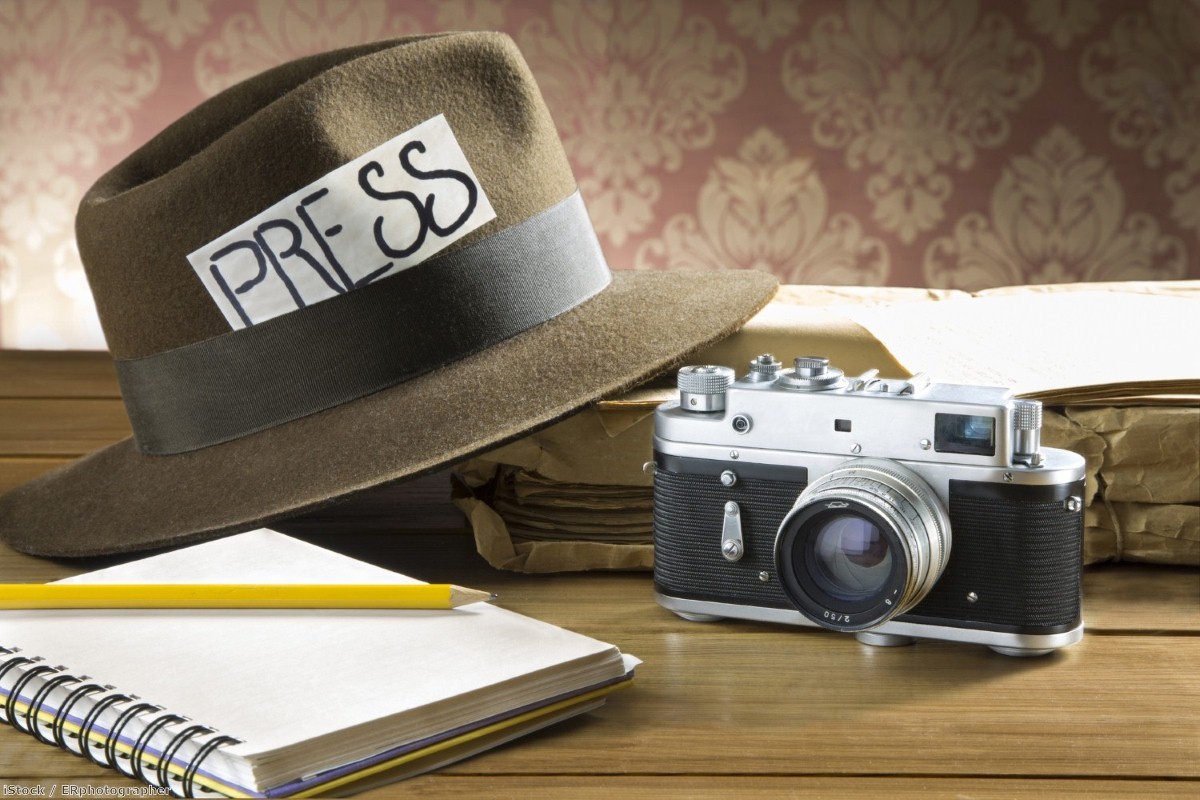 If you’re a journalist – and let’s face it, if you’re reading this, you probably are – you may have noticed that all the journalists on Twitter are arguing about whether or not journalism is accessible to non-posh people or not.

It seems to have started with a blog post by the columnist Owen Jones saying that it wasn't, then the education journalist and former teacher Laura McInerney tweeting that she thought it was, and then became a gigantic shitshow when Owen Jones very publicly disagreed with her.

Jones’s argument is simple: there aren't very many working-class people in journalism.

He seems, it should be said, to be right about that. It's complex, because the research he cites, a report by the Sutton Trust, discusses "leading" journalists rather than journalism as a whole. But it does appear to be true that in the most prestigious jobs in journalism, people from privileged backgrounds are hugely overrepresented. The stand-out statistic is that 51% of "leading journalists" went to public school, compared to seven per cent of the public as a whole. Fifty-four per cent of them are Oxbridge-educated.

(Before I go on, I should declare my interests: I am a journalist; I didn't go to public school or Oxbridge, but I am a privileged child of professional parents.)

I want to be really careful here, because I don't want to suggest that there isn't a problem. But I do want to say that there are reasons to think that there are other factors rather than simple discrimination.

For one thing, arguing that journalism is exclusive depends somewhat on what you're comparing it to. Most leading journalists are probably fairly clever people who did well at school. Their peers would often be going into professions such as law, medicine and the civil service.

According to the Sutton Trust's report, journalism is pretty much in the middle for those professions. For instance, solicitors are 51% public-school as well, barristers are 71% and judges 74%. Medicine is 61%. Military officers are 71% public school. Politics and the civil service are slightly lower, at 50% and 48% respectively, but there's not a great deal in it.

That doesn't mean that things are OK. But it suggests that blaming journalism for it is to locate the problem a fair distance downstream of where it actually is. Public school, or just being rich, gives you the time, connections and everything else to make it easier to find your way in any profession.

Also, the argument that Oxbridge graduates are overrepresented seems to be a strange complaint. Oxford and Cambridge are supposed to select the cleverest, most able people. Even if attending Oxbridge gave you absolutely no advantage in your subsequent choice of career, you would expect those same clever people to turn up in the top jobs. Again, I'm not suggesting that there's no old-boys' network, or that every Oxbridge graduate is in a good job on merit. But you would expect to see a strong correlation between Oxbridge and the top jobs regardless.

I'm going to make a more controversial point as well, which is that we don't know the extent to which working-class people are simply less likely to want to choose journalism.

Here's why that might be true. A study by social scientists at Oxford in 2002 found that, at degree level, children of professional parents are disproportionately likely to choose medical and law degrees.

It argued that this can to some degree be accounted for by the choices of the people involved. Children of professional parents are often more worried about getting prestigious jobs, as opposed to simply high-earning ones.

Journalism has low, uncertain pay compared to the other professions and a shortage of staff jobs. But it is relatively high profile and a career choice which is strong on cultural capital but not economic capital. Business, on the other hand, can earn money. But snooty upper-middle-class graduates might find it lacks the cultural capital – the prestige – they want to maintain their social standing. This matches the Sutton Trust finding that public-school alumni are far less overrepresented (although still highly overrepresented) in business professions. Someone I know put it much more simply: "Fun jobs with shit pay are always full of posh people."

Jones, in a spectacular hostage to fortune, suggests tongue-in-cheek that journalists should be banned from the trade if they don't know the difference between anecdote and data. With that in mind I am going to be extremely clear that I am straying into anecdote here, not data. And my anecdotes are that the bright working-class people I know from university have tended to go into well-remunerated jobs rather than high-profile ones. This model fits my experience. That doesn’t make it true, but it makes me more sympathetic to it.

Even if it is true, it doesn't mean that everything is OK. Journalism absolutely would be better if it had more working-class voices in it. And I haven't even started on gender and ethnic diversity, because this is a short piece, but the picture isn't great there either.

Working-class people who want to get into journalism almost certainly have a harder time than children of professional parents. These are things that absolutely should be addressed. Unpaid internships really are a barrier to poorer people who can't afford to work for free. The journalism MAs that people do really are a large extra expense that, from my perspective as someone who didn't do one, don't seem to be worth it.

But if we’re talking about how accessible journalism is, we need to think about 1) what we're comparing that to and 2) who is actually trying to access it. Jones says that "the actual data" show it to be one of the most exclusive professions. I'm not sure it's as simple as that.