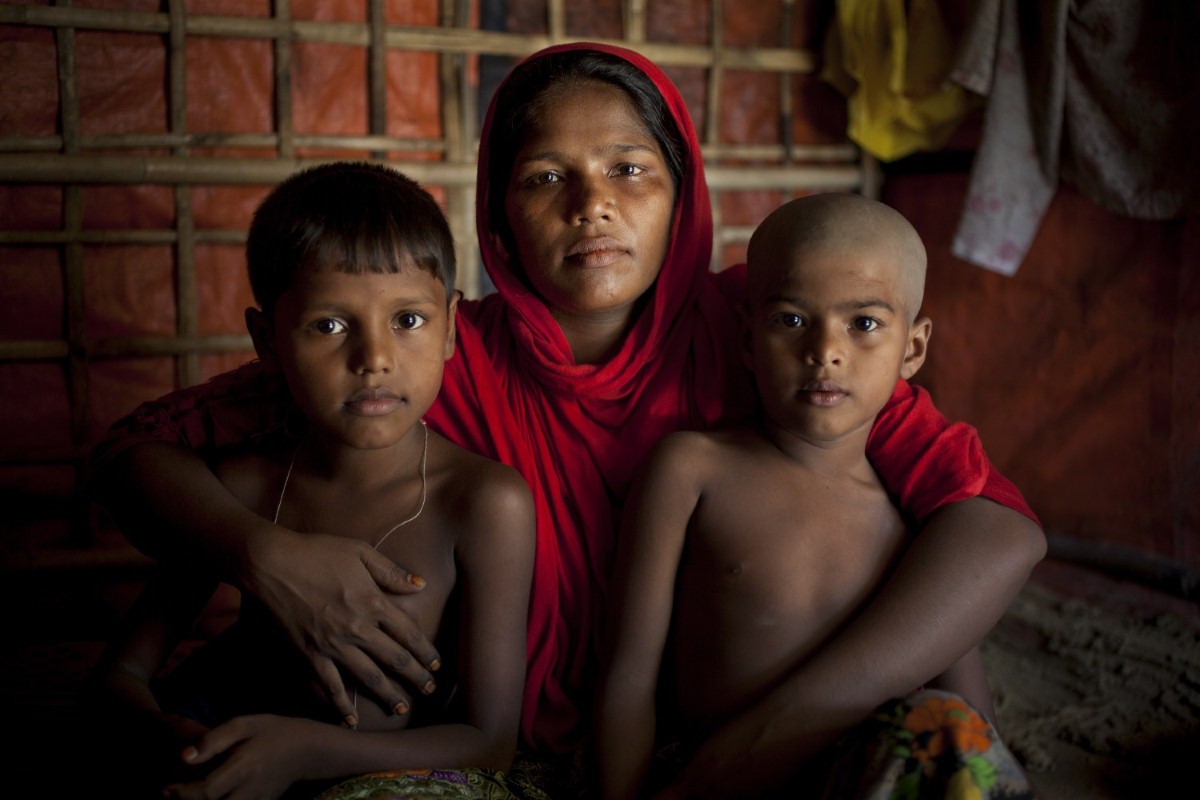 Abused and forgotten: Time for UK govt to fight for the Rohingya

"We would like to go home," a Rohingya woman called Rashida told me when I visited the crowded refugee camps in Bangladesh last month. "But not until it's safe."

It's just over a year since hundreds of thousands of Rohingya people fleeing violence in Myanmar began to seek refuge over the border. Well over half a million people are now living in what has become the world's biggest refugee camp. They sleep on floors of bare earth, in makeshift shelters constructed from tarpaulin and bamboo. A refugee population exceeding that of Manchester is living in a confined space with minimal facilities on land that was elephant-inhabited forest just a year ago.

Today, the UN Security Council will discuss the situation in Myanmar that led to this emergency at a specially-convened meeting. The Rohingya's future depends on diplomacy, so it is positive to see the foreign secretary using the UK's presidency this month to bring renewed focus to the situation at the global level. The international community also needs to explore ways for other countries to help Bangladesh and share responsibility for hosting so many refugees.

While the scale of this crisis is unprecedented, it's a sadly familiar cycle. I was country director for Oxfam Bangladesh in 1992, when we joined forces with the government there to support a quarter of a million Rohingya people seeking safe haven from persecution in Myanmar. Eventually, many of the refugees went home. Returning to Cox's Bazar last month to see Oxfam's work providing water, sanitation and other humanitarian aid, I was reminded of both what has changed – the faces, the technology – and how much remains the same.

Periodic displacements of Rohingya communities have occurred since the 1970s. It's clear that until we address the underlying issues that time and again cause people to flee, there will be no end. The 600,000 Rohingya people still in Myanmar continue to face discriminatory policies. They are denied citizenship. Restrictions prevent them from travelling around freely, blocking access to schools or doctors.

Around 128,000 Rohingya have been confined in camps in Myanmar's Rakhine State for six years. Humanitarian workers face an ongoing challenge to be permitted to operate in Rakhine and help those in need.

The UN and the governments of Bangladesh and Myanmar are clear that refugees will not return unless it is "voluntary, safe, and dignified". For that to happen, we need action in three areas.

First, the discriminatory policies that are the root cause of this crisis should be ended. Last August, the Advisory Commission on Rakhine State, led by the late Kofi Annan, set out a blueprint for how to do this, including reforming laws that deny the Rohingya full citizenship, ending restrictions on freedom of movement and tackling chronic under-development, poverty and landlessness.

The government of Myanmar committed to implementing the report's recommendations but progress has been slow. There's movement in some areas, such as building new roads, schools and hospitals, but more needs to be done on discrimination and segregation.

Second, traumatised refugees who have reported their experiences of systematic rape, torture and seeing family members killed need to feel confident this terror will not be repeated. No one has yet been held accountable for a military campaign against the Rohingya which the UN and UK government have described as ethnic cleansing.

Finally, restrictions preventing aid agencies helping all those in need in Rakhine State should be lifted. International agencies and independent observers could help to assess if conditions are safe for people to return home.

Meanwhile, refugees in Cox's Bazar still need support to survive. Last month in the camps I saw paths flooded after 18 inches of heavy rain fell in just one day. I was impressed how well the infrastructure held up, and how work continued regardless. But having survived the worst of the monsoon, the upcoming cyclone season creates new risks.

The Rohingya face a precarious present and an uncertain tomorrow. So long over-looked, they should now be fully included in international decision-making about their future.