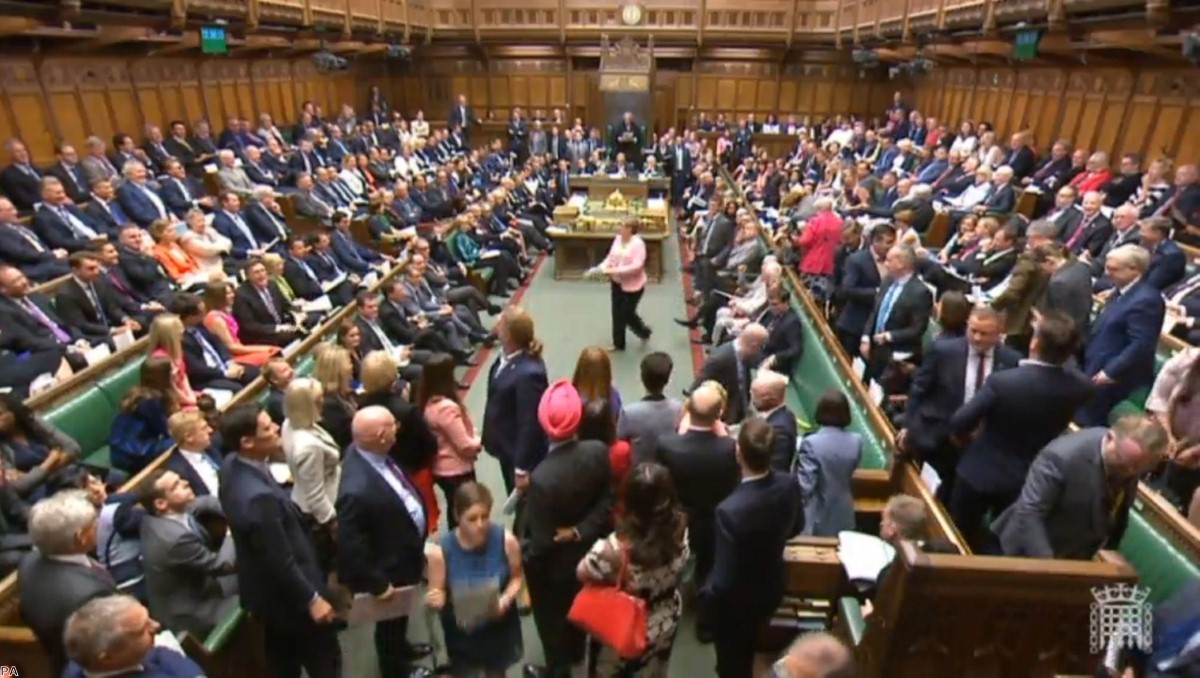 Love it or hate it, the SNP stunt worked

This week, the House of Commons rules and procedures were shown to be unfit for purpose.  During the first day of the EU withdrawal bill debate on the Lords’ amendments a bemusing spectacle played out before our eyes. The Government, which allocates time for such debates, knew two days wasn't enough. When you factor in the unlimited time given to front bench speeches, and the frustrating and arcane practice of trooping through the lobbies each time a division is called, two days in practice amounts to little more than a couple of hours of debate.

We watched and waited as each vote ate further and further into the time available for critically important amendments relating to devolution – including Northern Ireland and the brewing constitutional crisis between the Scottish and UK governments.

In the end, there was no debate on devolution. The government minister spoke for 19 minutes, 'generously' allowing some interventions, and that was it. Back to the lobbies to vote on something that would fundamentally change the devolution settlement and on which there had been no time for scrutiny.

Afterwards, as member after member rose to their feet in a mammoth points of order session to express their dismay at what had just occurred, the Speaker reassured them: "The procedures today have been perfectly proper and in-order."

When Ian Blackford, SNP leader at Westminster, asked what options were available to properly debate the amendments, a Tory backbencher replied: "Suicide."

You can imagine the angry post-match analysis of the SNP group later that night. They had – and have, since they arrived in Westminster – played by the rules. And they have found the rules inflexible and illogical.

Then came PMQs, Blackford's expulsion, and the mass walk-out that followed. Was it planned? Staged? I think, at least to some extent, it was. They couldn't know how John Bercow would react to the SNP Westminster leader taking the unprecedented step of calling for the House to sit in private right in the middle of PMQs. It could have gone either way. But what definitely was discussed beforehand was a change of tack from the SNP group.

As much as political geeks – and there are many in Scotland – may follow every procedural twist and turn of the Westminster soap-opera, most don’t. Indignation and barnstorming speeches aren't much use if the wider public aren't aware they ever occurred. Which is why I think the SNP group played a blinder. No, it wasn't completely spontaneous; yes, it was theatrical and entertaining, but that’s exactly what it needed to be.

It's not a tactic they can use again and again, or they risk testing the patience of the public and damaging their credibility. But for that moment, under those circumstances, it was a bit of PR genius. Shortly afterwards, a friend who doesn't usually follow politics sent me a message asking me what had happened. She'd seen a clip online – the SNP MPs leaving the chamber, en masse, to the jeers and waves of the Tory benches, and wondered what had led up to it.

There are those who would like to see the SNP remove themselves from Westminster altogether, in permanent protest of an institution that they believe is so weighted in favour of the larger parties, and rooted in ludicrous conventions.

I disagree. At a time of such constitutional chaos, it's more important than ever that smaller parties kick up a bit of a fuss to make themselves heard. Respect for a parliament is one thing, but that shouldn't amount to deference to procedures and practices that should have long ago been updated to reflect the practicalities of a modern democracy.

The SNP group have thus far been on good terms with Speaker John Bercow and sought to squeeze themselves into the constraints of the Westminster mould as best they could. Save for a few incidents of clapping, for which they were reprimanded, we've not seen anything like the bedlam of Wednesday. But the SNP are mindful that if they are to translate what they see as a Westminster stitch-up on Scotland into support for independence, then it's crucial that people outside the political bubble know what's going on.

To that end, we could be in for more disruption and mischief-making from the SNP group. Chaos makes headlines. The short-term effect of that may be some rolled-eyes and criticism from London-based commentators who find the SNP playing Westminster at their own game a little uncouth and undignified.

But in the long-term, the UK government has cause to be concerned. Under a spotlight prompted by viral clips and rebellious MPs, people in Scotland may see the realities of the Union a bit more clearly.

And ultimately, they may decide they don’t like what they see.

Kirsty Strickland is a political commentator and columnist covering Scottish politics, feminism and representations of violence against women in the media. You can follow her at @KirstyStricklan.