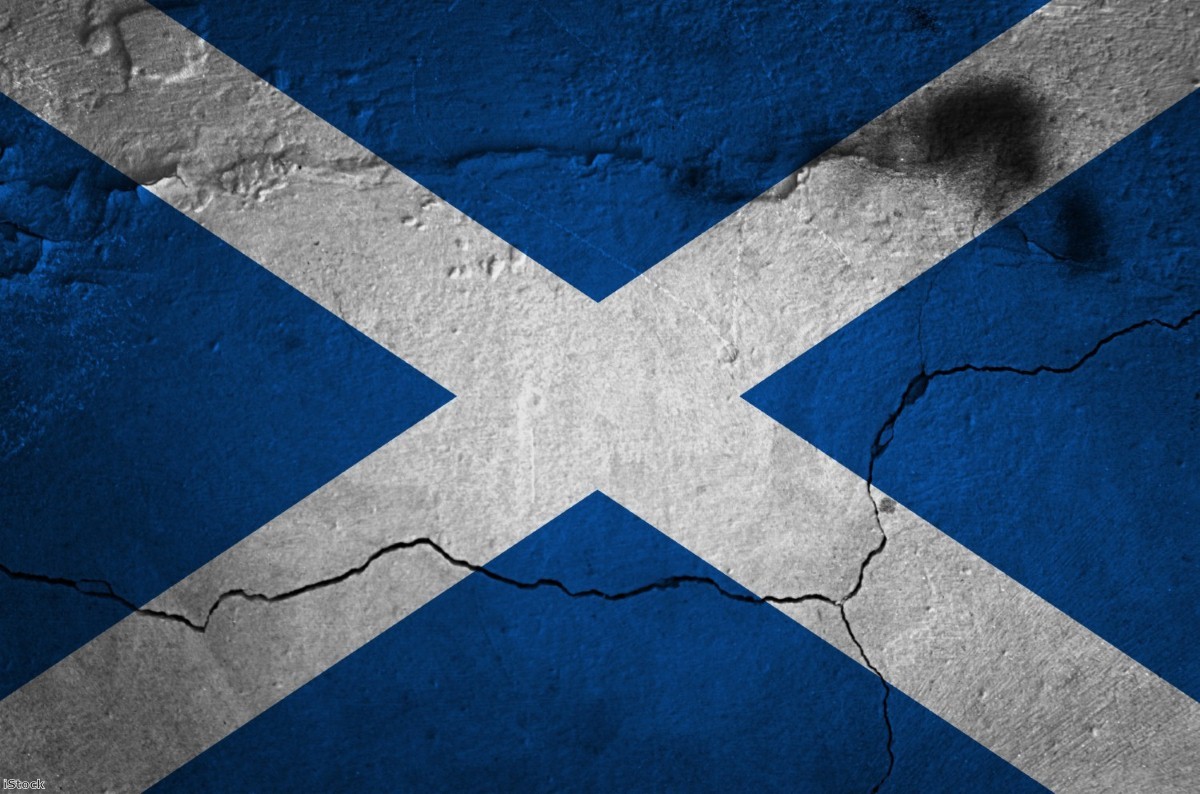 Scottish independence is fading away just as it’s proved right

Theresa May is self-evidently a terrible prime minister and yet she appears to have the magic touch when it comes to Scotland. Britain may have fallen out of the EU, but she's determined that Scotland will not fall out of the UK.

Her hardline strategy is risky. She's tackling Holyrood's demands for extra powers as part of the Brexit settlement in a similar fashion to the way Brussels treated David Cameron's ahead of the referendum – and that didn't work out too well.

So far, this has worked in her favour. May's flat rejection of Holyrood’s request for a second independence referendum last year helped her win the ensuing general election – or at least limit the damage. Thirteen Scottish seats – up from one – proved the difference between forming an administration and instant unemployment.

Last week the Westminster administration yet again faced down Nicola Sturgeon's Edinburgh government over Holyrood's powers of consent to the Brexit withdrawal bill. All the parties in Scotland voted against granting a legislative consent motion except for the Tories. London effectively said: 'Whatevs'.

May and her team did not ignore the Sewel Convention that dictates London does not legislate on issues devolved to Scotland without consent. They made a conscious decision to trample it.

Politicians and the press in Scotland may be up in arms at this challenge to the devolution settlement. Crucially, the people are not.

One world-weary Nat explained that until and unless ordinary voters get excited about the issues at stake, it'll remain a bog-standard political barney. Only once the people take an interest does it become a constitutional crisis. And therein lies the problem for the SNP. After a decade of constitutional hoo-ha that reached its zenith in September 2014 with the independence referendum and its nadir a few months later with squabbles over 'the vow', Scots have had enough.

The irony is that the conditions have never been sweeter for a Yes vote. It's hard to believe they will ever be so again.

In 2014, David Cameron could plausibly claim competence for his Westminster government. You didn’t have to like or approve of austerity but there was some sort of logic to it. And the prospect of a Labour government in 2015 was not just believable but likely. Both positions have been proven deeply flawed by subsequent events, but nevertheless they held true then.

Now Westminster is a byword for chaos and hopelessness. It's a toss-up whether the government or the opposition are more laughably inept. No sensible person would look south from Scotland today and positively choose to maintain association with such a bunch of utter cretins. Project Fear – founded on warnings of economic fallout – just would not fly. Given a choice between being skint in an independent Scotland or being skint in Britain, with Boris Johnson spewing crassness over the evening news every night, the answer is straightforward.

Scots should be falling over themselves to get out of the UK and get back in to the EU. And yet the polls show support for separation will not budge. If anything, it's very slowly ebbing away as the prospect of independence slips from tangibility to fantasy.

SNP sources insist the party is playing a long game, relying on the negative consequences of Brexit to hit as they make their play. But it's a risky strategy. Sure, things could continue to go down the pan and Nicola could turn up with her rubber gloves just in time to offer Scotland the opportunity to avoid being flushed away with the Brexit jobby. But just as likely Brexit could become normalised as time passes, it could even not be as bad as the Nats think (or hope?)

For now the mantra remains In Nicola We Trust. There have to be questions over how long that holds. For the first minister provided one of the key ingredients for the current political soup when she called for a second independence referendum last year. That decision now looks worse and worse by the day.

At the general election the party reaped a second, but more significant, electoral reverse in two years. The SNP's well-oiled election winning machine sputtered before being switched off. The Scottish government is now reduced to questioning why Marks and Spencer puts the Union Jack on its Scottish produce. That may be derided as petty (it is) but it will keep the core support happy and speaks to everyday issues – for most folk M&S means more than a legislative consent motion.

It also shows Sturgeon's problem. She gave in to the headbangers last year and has rued it ever since. If she'd waited 12 months she may have fared better at the general election. Instead of seeing her mandate reduced, she could've kept control of the narrative, ramped up the independence talk at a later date (about now, actually) and lobbed it into Westminster's remarkably negative PR job with a successful result. She had a strong hand after the Brexit referendum and she burned it by moving too quickly. She must hope that the party faithful will continue to trust her as the months and years tick by without another tilt at independence.

It’s the people, not the Yes stalwarts, she needs to persuade. For now they've had enough of constitutional theatrics. The danger for the SNP is that voters never recover a taste for it. But if the opportunity to extract themselves from a Westminster system that increasingly lends itself to toilet analogies is missed, the Scots may yet come to regret not making a clean break.