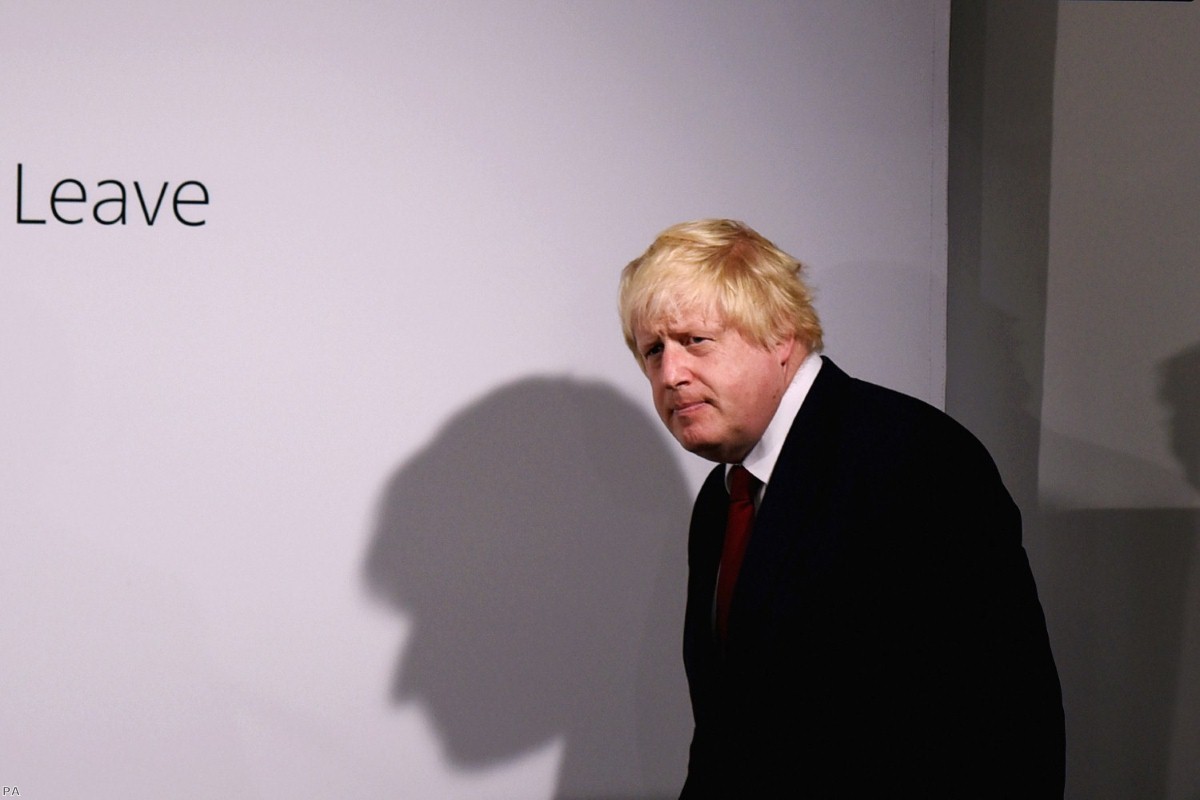 When Boris Johnson was first handed editorship of the Spectator magazine, his friend and biographer Andrew Gimson famously commented that it was like "entrusting a Ming vase to an ape."

The analogy wasn't perfect. Boris for all his faults, is no ape. But his reputation for professional chaos has been well earned.

Routinely late for meetings and often woefully unprepared on the subject he has come to talk about, Boris has developed a knack for winging his way through his political career. For the most part he has got away with it. As mayor of London, he relied heavily on a team of competent deputies and advisers to run the show, while he dashed from photo shoot to photo shoot, cheerfully taking credit for the hard work done by City Hall's army of bureaucrats.

But while the wheels of London governance kept turning under his leadership, he left little mark on the city. The few ideas and projects which were genuinely his own, tended to fail or go nowhere. Millions of pounds were spent on plans for a new offshore airport in the Thames Estuary, despite receiving almost no backing from government or the aviation industry and despite the fact that the proposed location was not even inside London. Millions more were spent on a new cable car to provide a link between the Greenwich peninsula and East London. The mostly empty carriages can still be seen carrying thin air across the Thames on windless days, while at weekends, confused tourists queue up to admire the airborne views of junk yards and refuse disposal centres on the northern side. Despite being sold as a vital new commuter link for Londoners, one freedom of information request found that it was used regularly by just four commuters. A later request discovered that number had dwindled to zero.

His big election pledge to build a new fleet of "Routemaster-style buses" was achieved, although the buses are now notorious among Londoners for the faulty air conditioning and stifling temperatures inside. After five years of complaints about the vehicles, the outgoing mayor finally relented and agreed to install openable windows on the buses at significant cost. When Boris insisted last week that there was "no haste" to take Britain out of Europe, it should come as no surprise. When it takes a man five years to install openable windows on a bus, we can hardly expect him to be hasty about taking Britain out of its 40-year relationship with the EU.

The main characteristic of Johnson's period in charge of London was inertia. London's housing crisis grew throughout his term as mayor with Boris never showing much interest in tackling the problem. In his last year as mayor, he oversaw the construction of just 4,880 new affordable homes, the lowest level since the early nineties.

The front page of Liberation. pic.twitter.com/8IlC0SSbRZ

The wider problems of poverty and inequality also got little attention from Boris. Much has been made in recent days about the gulf between wealthy Remain-supporting Londoners and the poverty of Brexit-supporting areas in the North of the country. However, London actually contains the highest proportion of people in the bottom decile of wealth in the country. In 2012, the total wealth of an average household in the bottom 10th percentile in London was just £6,300, 57% less than the rest of Britain. Despite promising to tackle London's eye-watering inequality levels, Johnson left London as the most unequal part of the UK.

For those looking for signs of what to expect from a Johnson premiership, it is not a particularly inspiring picture. Yet until recent months the prospect of Johnson entering Downing Street was largely treated with a sort of distracted amusement by most British people. Still fondly remembered for his zipwire act and his bumbling performances on Have I Got News For You, the public saw Boris in a largely benign light. That now seems to be changing.

The events of the past few days have been so serious that is no longer possible to view Johnson in the same way again. Because of the campaign he led, Britain now faces it's biggest political and constitutional crisis in generations. Within the space of a few days we have announced our departure from Europe, lost our prime minister, thrown the economy into turmoil and caused a chain of events that could lead to the break up of the UK.

In the past few hours, shares in the bank RBS, which is majority owned by the taxpayer, fell by ten billion pounds. Some reports suggest that tens of thousands of jobs in finance and banking could soon leave London for elsewhere in the EU. After eight years of stasis as mayor, Boris has finally delivered a legacy for Londoners. Unfortunately it's not a legacy that many Londoners will have wanted.

Meanwhile, the man whose campaign is responsible for causing this chaos continues to insist that everything is carrying on as normal. Asked as he left his house this morning about the ensuing economic chaos, Johnson replied that the situation was "stable".

The situation Boris is describing here is membership of the European Union https://t.co/JqH6d5qwyJ pic.twitter.com/L1JoBsDx2P

It's also not clear what, if any, plans Boris has for the future of the UK. In a slightly bizarre Telegraph piece published this morning, Johnson claimed that despite running a campaign based on fears about immigration, Britain would in fact not lose access to the single market after all. "It is said that those who voted Leave were mainly driven by anxieties about immigration. I do not believe that is so," he wrote, before explaining that freedom of movement restrictions may not be put in place after all.

"British people will still be able to go and work in the EU; to live; to travel; to study; to buy homes and to settle down," he insisted.

Yet if that is the case, then EU citizens would therefore still be able to continue doing the same here. The main argument for leaving the EU – to restrict immigration from the continent – would be totally lost. The central cause of millions of Brexiteers would be thrown to the wind. If this actually takes place then the screams of betrayal from Leave voters will be heard from the other side of the English Channel.

But while it's still unclear what Boris's plans for Britain really are, other UK politicians aren't waiting around to find out. Shortly after the referendum result, Nicola Sturgeon announced plans to hold a second independence referendum, which a poll at the weekend suggests she would now win. Calls for a similar referendum in Northern Ireland are now also being made by Sinn Fein, following the prospect of new border controls between them and the rest of Ireland. After several hundred years living together, the prospect of the break up of the United Kingdom now looks like a very real possibility. And all at the hands of the man who just a few years ago was regarded by many as the punchline to a particularly bad joke.

When Johnson's biographer compared him to an ape being handed a Ming vase, the vase in question was merely a popular conservative weekly magazine. However, in the coming months, Boris is likely to be handed a much more precious vase. Only in this case the vase itself is already broken and the ape who smashed it to pieces, is the same one we're about to place in charge of putting it together again.