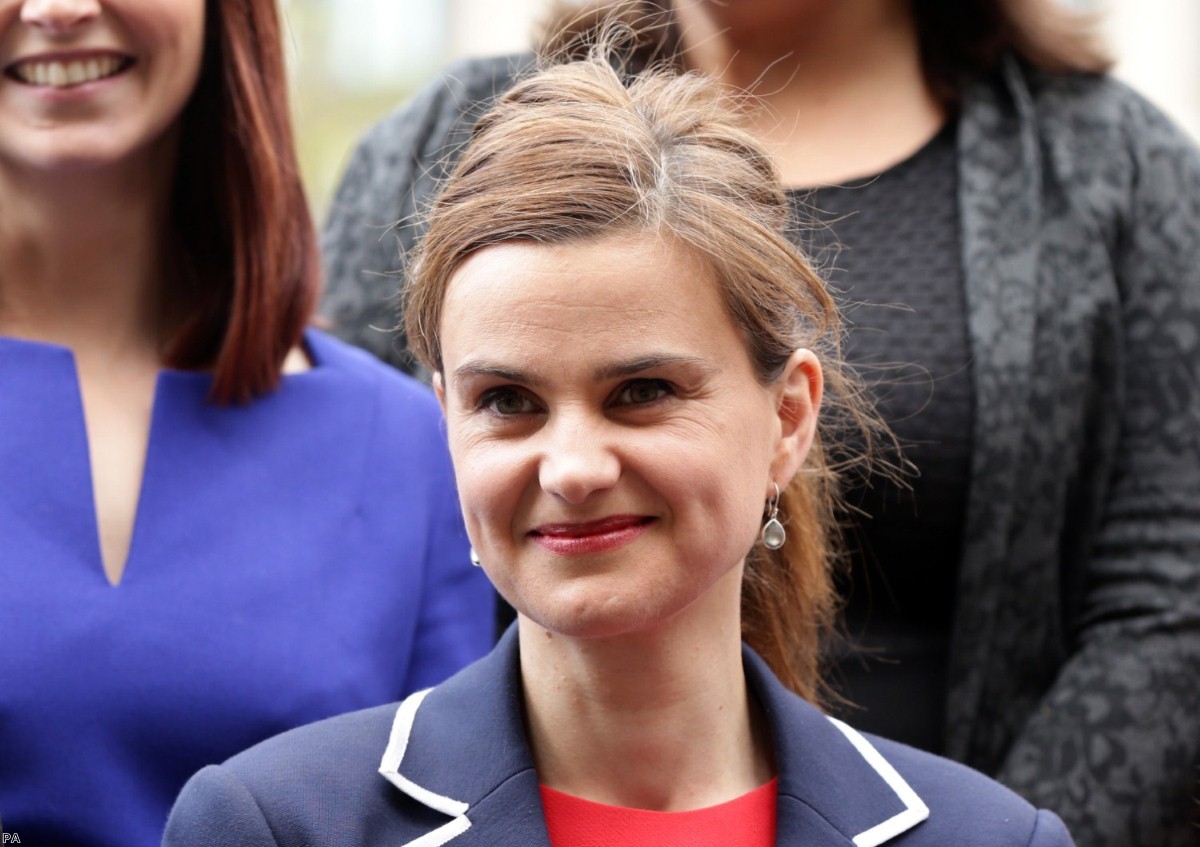 In the hours since Jo Cox was killed on the streets of her constituency, many have sought to blame third parties for her death. Reports that her killer was linked to far-right groups and shouted "Britain first" while attacking her, have led to allegations that he may have been part of a network of extremists, or even a terrorist organisation. These are matters for the police to investigate and anyone who is found to have had a role in her death must be held responsible.

We all have choices in life. Jo Cox chose to live her life standing up for vulnerable people fleeing from dangerous parts of the world, both as a charity worker and then as an MP. She was responsible for that choice. She will be remembered for that choice.

Others took different choices. Ukip leader Nigel Farage chose to spend his life exploiting fears about vulnerable people fleeing from dangerous parts of the world. He chose to say that the sound of foreign voices and the thought of foreign neighbours makes him feel uncomfortable. He chose to warn about the "nuclear bomb" of migrant rapists. He chose to stand in front of a poster depicting brown-skinned refugees with the caption "BREAKING POINT". He chose to suggest that high levels of immigration would lead to violence. He made all of those choices. He must carry responsibility for all of those choices.

On the left: an actual Nazi propaganda film
On the right: Nigel Farage, today pic.twitter.com/Fg9cQmcdzQ

Others took similar choices. The Conservative candidate for mayor of London chose to run a campaign warning that his Muslim rival "poses a real danger to London," while at the same time seeking to falsely link him to Islamic extremists. He made that choice. He carries the responsibility for that choice.

The British press have also made choices. When one of Britain's biggest-selling newspapers chose to employ a columnist who openly praises the Austrian far right, under the headline "who will put Britain first?" then they carry responsibility for that choice. When that same newspaper publishes a picture of a blown-up bus under a headline suggesting that Labour's Muslim candidate for mayor of London is a "friend of terrorists", then they carry responsibility for that choice.

Zac Goldsmith told me last month: "I'm not suggesting nor have I ever suggested that Sadiq Khan has extremist views" pic.twitter.com/WXmwuC4PKm

We all have choices. Our politicians and our press have a choice in how they behave. They can choose to help the vulnerable, inform the public and calm fears. Or they can choose to do the opposite.

Over recent months a new ugliness has become apparent in British politics. Fears and hatred that once lay just under the surface have now come fully out into the open. Even as a relatively little-known journalist I have been taken aback at the amount of abuse I have attracted since the EU referendum campaign began. Whenever I write about the EU or immigration, I receive significant numbers of hateful tweets, emails and messages. I have been writing about politics for the best part of a decade, but I have never known a political climate quite like the one we are experiencing now.

Of course if you dish it out, then you should be able to take it back. But while there's nothing wrong with disagreement, even mildly abusive disagreement, there has been a definite change in tone over the course of this campaign. Whereas once opponents mostly attacked each other for their views, in recent months people have increasingly been attacked for who they are. If somebody disagrees with a person's position over the EU, they are no longer just wrong, they are a traitor. Expert organisations are not just accused of being mistaken, they are accused of being secretly in the pay of foreign powers. Expert economists are not just misguided, they are part of a covert international conspiracy.

This climate of ascribing conspiratorial and traitorous motives to political opponents is not an accident, just as the climate of exploiting the hatred of people from other countries and religions did not happen simply by chance. It is not a random grassroots phenomenon. It is not a spontaneous occurrence. It is a series of deliberate choices. And it is a series of choices that are pushing this country into a dangerous and ugly direction.