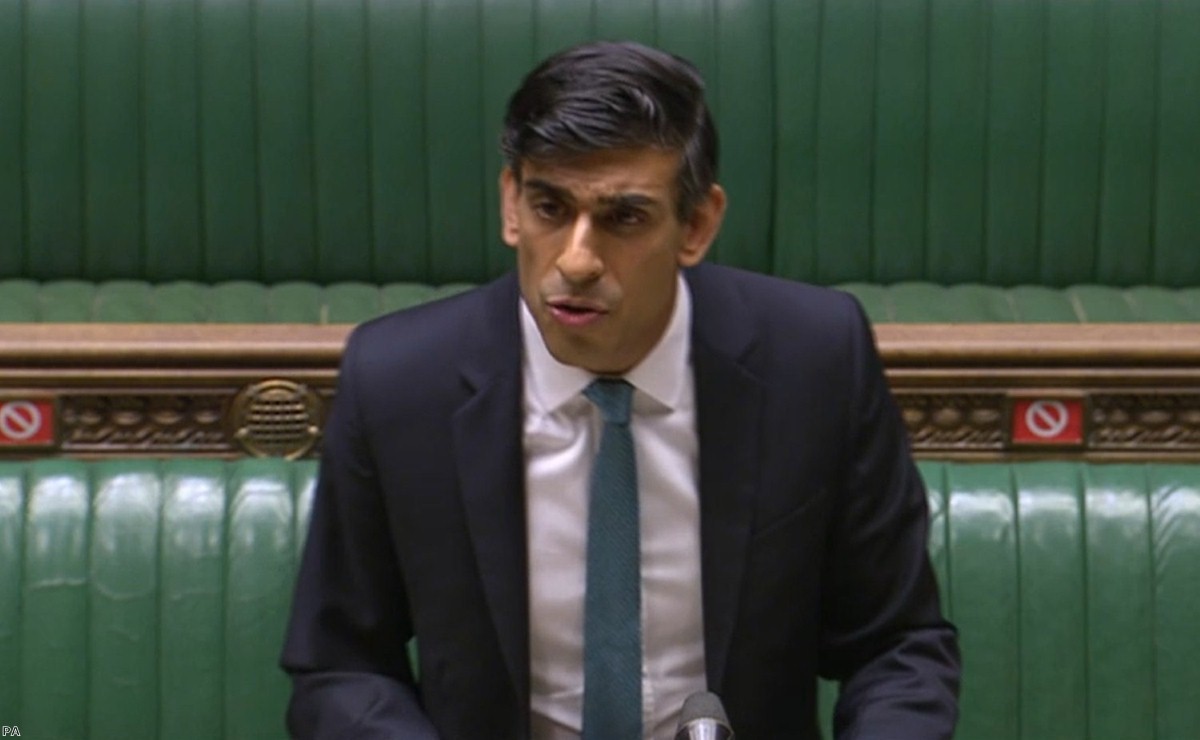 Spending review: Brexit will damage the parts of the economy which survived covid

It was an extraordinary thing to behold. We've just 37 days until Britain leaves the single market and the customs union – the biggest single change in the country's trading status we've seen in 40 years. And yet the chancellor did not once mention Brexit during his spending review statement to the House of Commons. It was as if it wasn't happening.

Perhaps he was distracted. The figures released today about the impact of the coronavirus on the British economy were startling, even if we knew they were coming. The economy will contract by 11.3% this year, the largest fall for over 300 years. Economic output is not expected to return to pre-crisis levels until the fourth quarter of 2022. The UK will borrow a total of £394 billion this year, equivalent to 19% of GDP. Underlying debt is forecast to continue rising every year, reaching 97.5% of GDP in 2025-26.

For a while, Brexiters in government believed that the extraordinary level of hurt the coronavirus inflicted on the economy could have a useful side-effect for Brexit. It meant that the damage inflicted by Britain's departure from the EU – either with or without a deal – could be hidden away, overshadowed by the carnage of the pandemic. This seemed to fit with Rishi Sunak's silence today about the end of the transition period.

It is a cynical and irresponsible argument. But it is also false. If you put his speech to one side and instead looked at the Office for Budget Responsibilities (OBR) economic and fiscal outlook, you can see why.

The OBR forecast is not perfect. It seems to treat friction at the border early next year predominantly as a consequence of no-deal Brexit and imagines that a deal would lead to a "smooth transition". This is not quite right. The government has chosen to leave the customs union and single market, meaning that exporters will face checks for safety and security documentation, customs papers and, in some cases, regulatory compliance. This will apply whether there is a deal or not, as ministers have recently begun to state publicly.

But nevertheless, the report demonstrates that Brexit is not concealed by covid. It is significantly worsened by it.

This is because Brexit affects different parts of the economy to those hit by the virus. During the last year, face-to-face services like hospitality, entertainment and transport were the worst affected. Sectors like manufacturing and financial services were able to defend themselves fairly well by having people work from home or practice social distancing in the workplace. But it is this latter set which is most affected by Brexit, as they lose frictionless access to the EU market. The impact of no-deal Brexit is "largely additive to that suffered from coronavirus", the report says. We have imposed one crisis onto another.

The report found that the chaos of covid got in the way of government and businesses preparing for the end of transition. This, of course, was precisely why the government was told to extend transition earlier in the year – something it failed to do. Now we see the consequence. Business and government have been "distracted by the need to deal with the disruption caused by the virus", the OBR found. Personnel and resources which would have gone towards Brexit were diverted to the pandemic. Cash reserves and inventories were run down, making firms more vulnerable to shocks.

The OBR forecast that a no-deal Brexit would reduce real GDP by a further two per cent next year. What's interesting about the forecast is the difference between the short-term and long-term effect. The report concludes that the impact of checks at the border will dissipate over the course of the year as businesses get used to the new system. They'll start learning exactly what they need to do to avoid delays, or maybe even find other routes to market that avoid Dover-Calais. But the long-term hit to productivity – an area the British economy already struggles with – builds slowly, leaving output around 1.5% lower than in its standard forecast after five years, then continuing to grow from there. It's not just a short-term impact. Brexit leaves permanent scars.

The report predicts costs to the economy from "heightened uncertainty" and "tighter credit conditions", lower business investment "reflecting the prospective loss of some export markets" and a rise in structural unemployment "as more resources need to be reallocated from declining to expanding sectors" as a result of Brexit.

Under no-deal, unemployment would rise above eight per cent next year. It would delay the point at which Britain returns to its pre-virus output peak, no matter how the economic effects of the pandemic continue to play out. In the worst case scenario it stretches to the second quarter of 2025, a full three years later than under a deal.

It's a grim prospectus, which goes some way to explaining why Sunak didn't want to talk about it this afternoon.

There is, in the end, some truth in the cynical view that covid could smother the impact of Brexit: the virus does indeed have a bigger effect on the economy. It is monstrous in what it is doing to us.

But then, no-one picked covid. No-one was responsible for it. Brexit, on the other hand, is a choice, as is the decision to leave the customs union and single market, or the refusal to extend the transition. The impact will not be covered-up by the pandemic. We will simply be taking those parts of the economy which managed to avoid the damage of the virus and inflicting a completely different kind of economic pain on them, for no discernible reason at all.