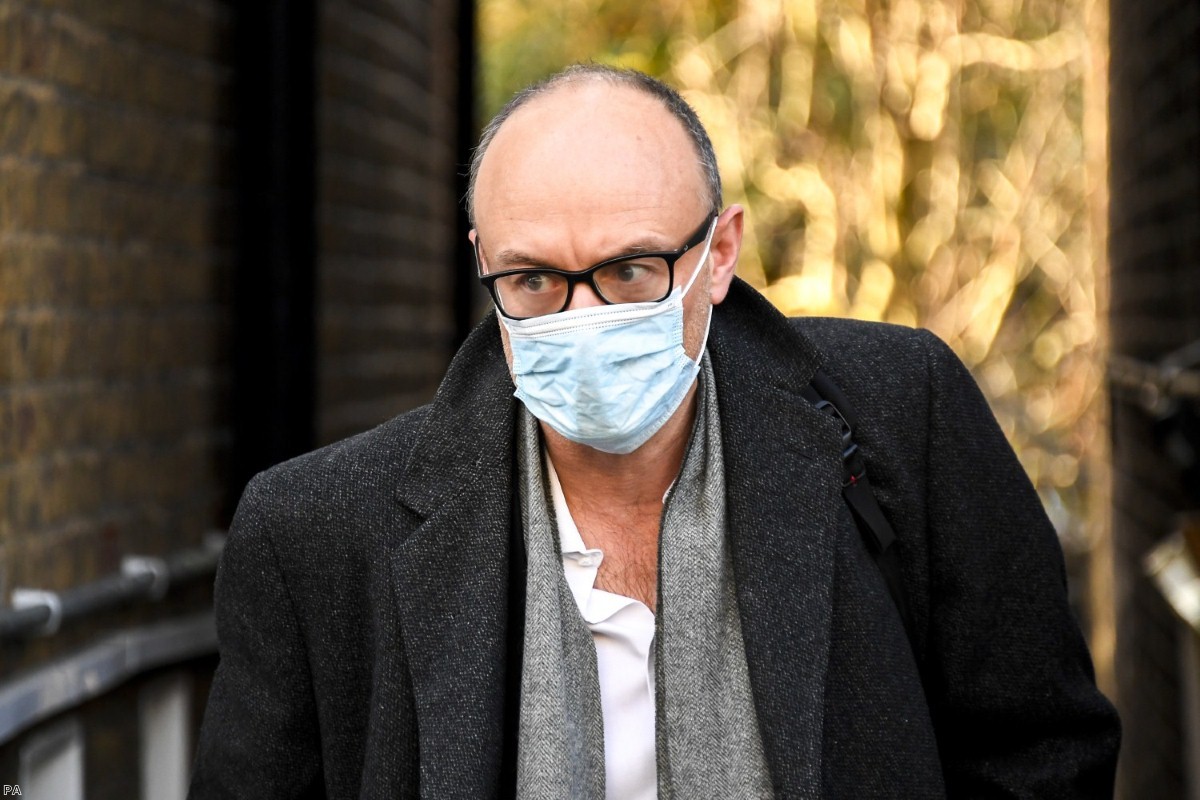 You couldn't ask for a greater demonstration of their lack of suitability for government. Yesterday the coronavirus death toll hit 50,000 in the UK. Talks between London and Brussels drifted past another deadline, with just weeks to go until the transition ends. No.10 faces a new American president who is critical of its whole programme and the character of the man in charge in particular. And what were they doing? Stabbing away at each other in a pointless factional power struggle.

The broad outlines of the story, as far as we can make it out from the fog of leaks and briefings, are depressingly mundane. Downing Street's director of communications Lee Cain considered the appointment of Allegra Stratton as TV press secretary to be a challenge to his authority. He worked with his ally Dominic Cummings, the chief aide to the prime minister, to try to reassert their authority by getting him a promotion to chief of staff. They pursued this, at least in part, by some aggressive leaks. A great deal of the news we've read in recent weeks may have been a result of that leaking war, from the announcement of the lockdown we're currently under to the events we're currently reading about.

Under pressure from various others, Johnson stood up to the assault, basically being bounced to-and-fro between tribal groupings. Cain resigned yesterday, leaving Cummings considering his own position – or at least that's what we're told, presumably again on the basis of his own leaks.

It's very boring, like a Greek tragedy written by donkeys. This type of soap opera usually gets political reporters really rather excited, but in truth there's no content to it. That's the remarkable element to all this. There's not the slightest whiff of principle, or conviction, or genuinely held opinion. It is just pure power games. This is not about Brexit, or covid, or even the strategic decisions which might go into pursuing those issues. Just factional manoeuvring without an underlying purpose, the ego freed from the skull.

It is remarkable that Cain is able to resign at all. He has been in charge of communications – arguably the most inept aspect of the government's performance, although admittedly it is a competitive field. Month after month, the government fails to communicate its message, often on issues of supreme significance.

Of course, that is in no small part due to the confusion and lack of interest in the prime minister's own brain. But comms is comms, and the person in charge of them should take responsibility. When one of the most famous examples of prime ministerial communication is Matt Lucas mocking it with the phrase "go to work, don't go to work", then you have a comms problem. And it is extraordinary that the person behind it was able to resign rather than be fired.

We regularly see extremely infantile political disputes in the governing party, from people like John Redwood banging on about some aspect of Brexit they have half-understood or Iain Duncan Smith deciding he can increase his media profile by regurgitating some nonsense about coronavirus lockdowns. But even in these embarrassingly tiny-minded examples, there is at least a trace-element of political content to them, there is a distant whiff of possible conviction. This week's little dimwit soap opera has nothing of the sort. Trying to care about it is like trying to eat a photo of food.

It would be a pitiful spectacle at the best of times. At the moment, it is unconscionable. The country is in a lockdown after the government lost control of the covid pandemic. The 50,000 death toll is the highest in Europe. Its plans for alleviating the impact keep falling to nothing.

There is still no deal in negotiations with Brussels. But even if there is a deal, British businesses are about to be hit by a brute moment of bureaucracy for which many appear unprepared. They will need customs entry and exit documents, safety and security documentation, regulatory compliance for sanitary and phytosanitary products, not to even mention the unprecedented customs system being imposed for Northern Ireland. Many firms will need to stockpile to avoid delays due to Brexit while simultaneously having to preserve capital due to the effect of the pandemic: a man-made combination of crises.

These are serious times. But they are such small people. To spend this week in their little power struggle is a fundamental failure of national responsibility. There's little reason to believe that the people left when the dust settles will do a better job than the ones currently having a meltdown on the way out.