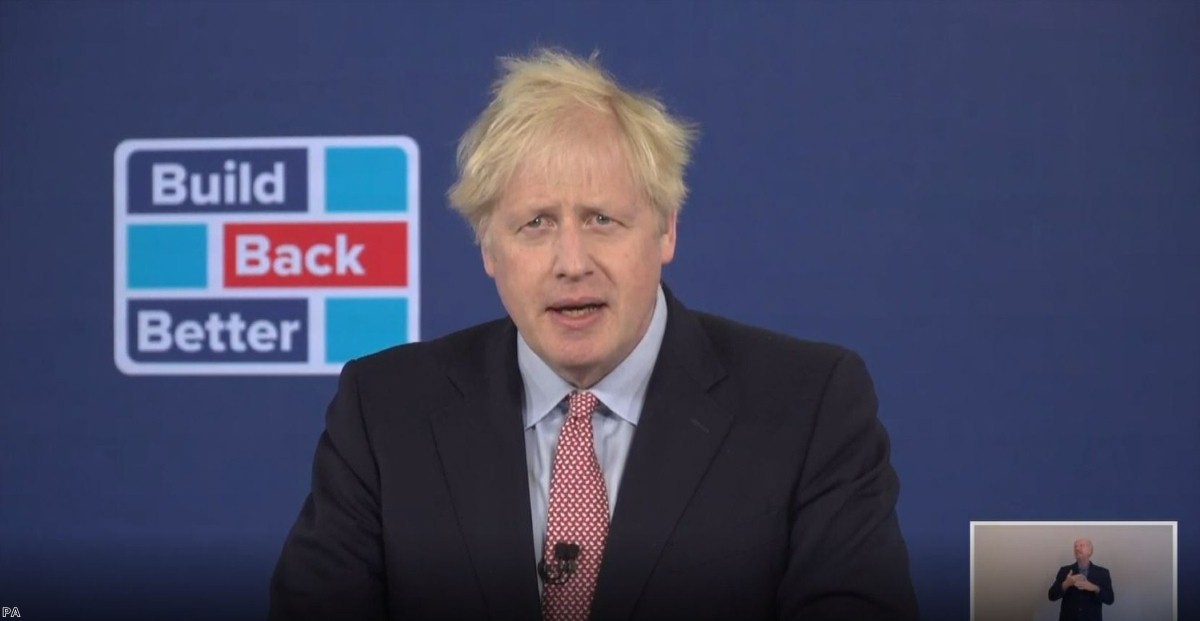 Johnson conference speech: Guff and fantasy in place of a plan

In just a few weeks, Britain will leave the EU. It is not ready, even if it gets a deal. The systems are not place for what is going to hit us. The fundamental change it will demand in our trading status needs a firm plan to counter it. The political tensions it has created in Northern Ireland and Scotland threaten to tear the UK apart. We are seeing the start of the second covid wave, amid an unprecedented global pandemic which is devastating our health, our economy and people's social well-being.

We need, more than at any time in the post-war era, a prime minister who has a plan, the diligence to deliver it, and the ability to communicate it.

Millions of voters really rather like that ball of blather. There's no point denying that – it is demonstrably true. The ball is much more memorable than what we get from most politicians, which is a grey simulation of personality, a robot script of policy evasions. You can see why he stands out.

But what the ball does not provide is competent government. During the good times, that might have been survivable. But these are not good times. They are historic times. And the character and capacity of the man in charge during them is manifestly not up to the task.

As usual, Johnson painted a broad-strokes watercolour image of the future utopia he was going to create, a combination of nationalist politics with tech-heavy clean energy aspirations – like Brave New World if it was written by an automated supermarket check-out counter. You'd use your blue Brexit passport after jetting in on a low carbon jet. Everyone would own a house and there'd be one-on-one school tuition. Covid would be vanquished by the derring-do of an island people. The Union would be strengthened.

But there was no signal as to how any of this would be achieved. Mostly the speech was without details, but where they did suddenly emerge, the proposals seemed utterly inadequate for the task they were intended to achieve. That great 2030's utopia he painted will remain a dream well after the date is reached.

It is convenient for him to try to define himself through something which isn't Brexit or covid – to refute the criticism that his government has no purpose or direction. But that is all these ideas are: dreams. They're self-serving fantasies, with none of the purpose or planning behind them which might allow them to become real.

On the big issues of the day – covid and Brexit – he had nothing to say. There was nothing here about how we would get through the pandemic, what the government would do to help, what would happen to halt the endless stream of errors which have knee-capped the British response, why Scotland would stay in the UK given the disrespect with which it has been treated over Brexit, how Britain will succeed while cutting itself off from its largest trading partner, what the preparations were for the customs chaos that rises ahead of us on January 1st. There's just that spinning ball of blather, like someone trying to placate you with a knock-knock gag while they saw off your arm.

It goes without saying that the speech will do nothing to convince his critics. If anything it is a confirmation of the chief criticism there is to make of him – that he was good on Have I Got News For You and would be better placed on that programme than he ever would be in the corridors of power.

But it will also do nothing to convince his supporters in the Conservative parliamentary party and the right-wing press, who are slowly coming to realise that there was never any reason for him to want power except for the holding of it, that he is all ambition and no values, a railway track which leads nowhere. They are now beginning to recognise what has, to everyone else, been patently obvious for years: this man is not suitable to be prime minister. And he is least suited to be prime minister now.