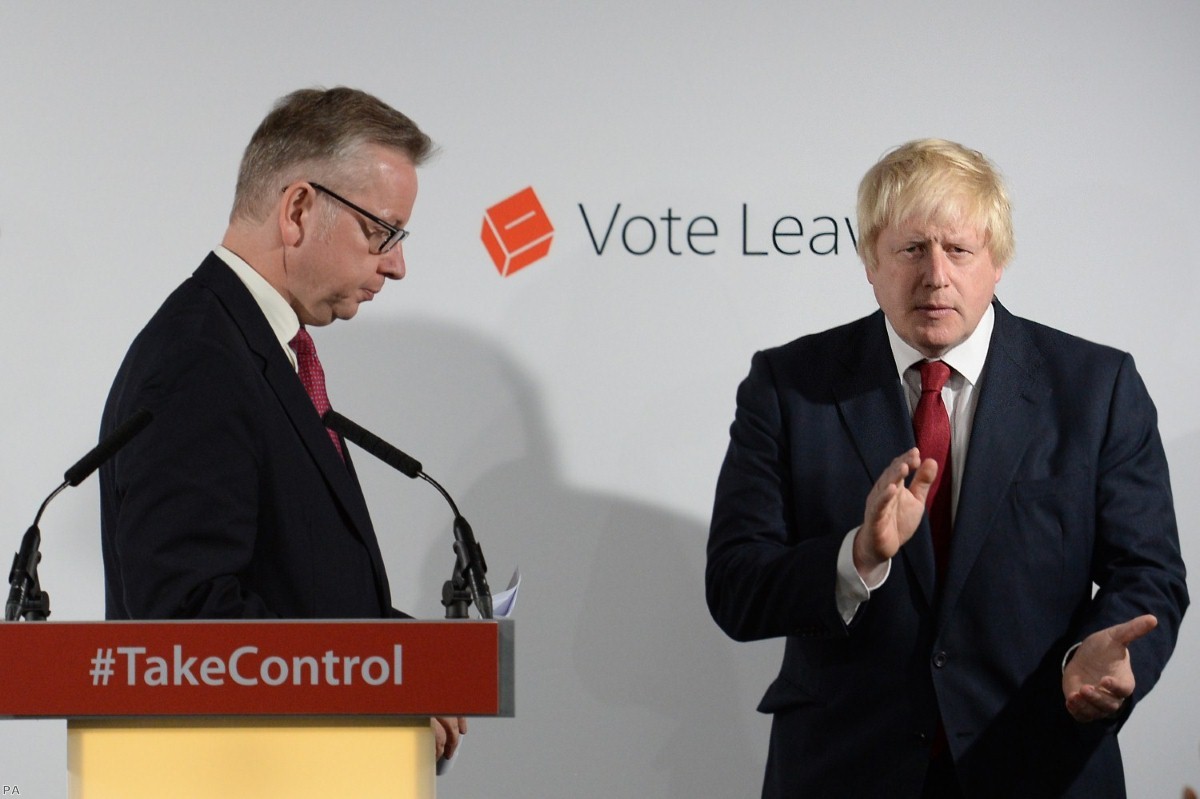 Another Brexit advertising campaign. They've replaced sporting events as signs of the changing seasons. Instead of Wimbledon or the Olympics, we get Michael Gove talking gibberish on television and further millions poured into preparedness exercises for an outcome with no tangible benefits.

Last year's ad campaign demanded that we "Get Ready for Brexit" on October 31st. They spent £46 million on that until it was cancelled on October 28th. Earlier in the year they spent £15.2 million on a campaign to get us ready for leaving on March 29th, until that was cancelled too. Perhaps this is the new form of fiscal stimulus – regular ad spends on a never-ending series of Brexit events.

The latest slogan is "The UK's new start: let's get going". It will prepare Britain for the "significant opportunities" of Brexit. Those opportunities include £470m for port and infrastructure, £235m for IT systems and staffing, plus additional funding for HMRC for the new customs checks, which'll be required if there's a deal with the EU or not. A 27-acre site in Kent is set to be turned into a customs clearance centre to process lorries coming from the EU into Dover.

Michael Gove insists that this will create the "world's most effective border by 2025". But in fact he is attempting to eliminate the world's most effective border. Goods currently travel to and from our largest trading partner without checks, payments or delays, but with oversight and regulatory control. Now that is being dismantled. We will lose the control – no matter what the government says, the UK will produce according to what its partners want – but gain the checks and delays.

That bit of land in Kent they're turning into a customs area is a perfect encapsulation of the Brexit process as a whole – the digging up of England's green and pleasant to turn it into a lorry park, a dream of national destiny degenerating into a series of tedious, self-harming and unnecessary bureaucratic requirements.

No-one has yet been able to describe what the "significant opportunities" we're to receive actually are. The combined benefit to UK GDP by 2030 of free trade agreements with the EU, the US, China, Japan, India, Australia and New Zealand – assuming we actually get all those deals – still falls far short of the benefit of EU membership.

The money we're spending is paying for infrastructure to conduct activities which businesses never previously needed to do when trading with Europe. It is a trip to the past, a time machine back to the most tiresome periods of our recent history. It's like coming home to find your partner has given up on streaming movies and decided to mortgage the house in exchange for a Betamax machine.

This change is being inflicted on businesses while they struggle under the pulverising impact of coronavirus. An Institute for Directors survey this morning found only a quarter of business leaders said they were ready. A third said they needed to know the new arrangement before they could prepare.

What goes for companies goes for people too. Holidays to Europe will now become more bothersome. You need to contact your vet if you want to take your pet over, make sure you've a valid passport, take out comprehensive health insurance and find out what the roaming policy of your phone operator is.

There was a time, not so long ago, when we were promised none of this would ever happen. Trade would be frictionless because of new sci-fi high-tech arrangements. Where are those arrangements now? They are a lorry park in Kent. We were told that Britain would be wealthier, but each of these actions serves to limit, not expand, our economic activity. We were told we would be more in control. But if so, that amounts to controlling the position of customs infrastructure.

We're gliding back into a monochrome past, at extraordinary cost, for no reason at all, at the worst possible moment. Downing Street can talk about "significant opportunities" all it likes, but in truth these ad campaigns conceded precisely the arguments against Brexit which were made four years ago. What was treasonable metropolitan hogwash is now government public relations strategy.