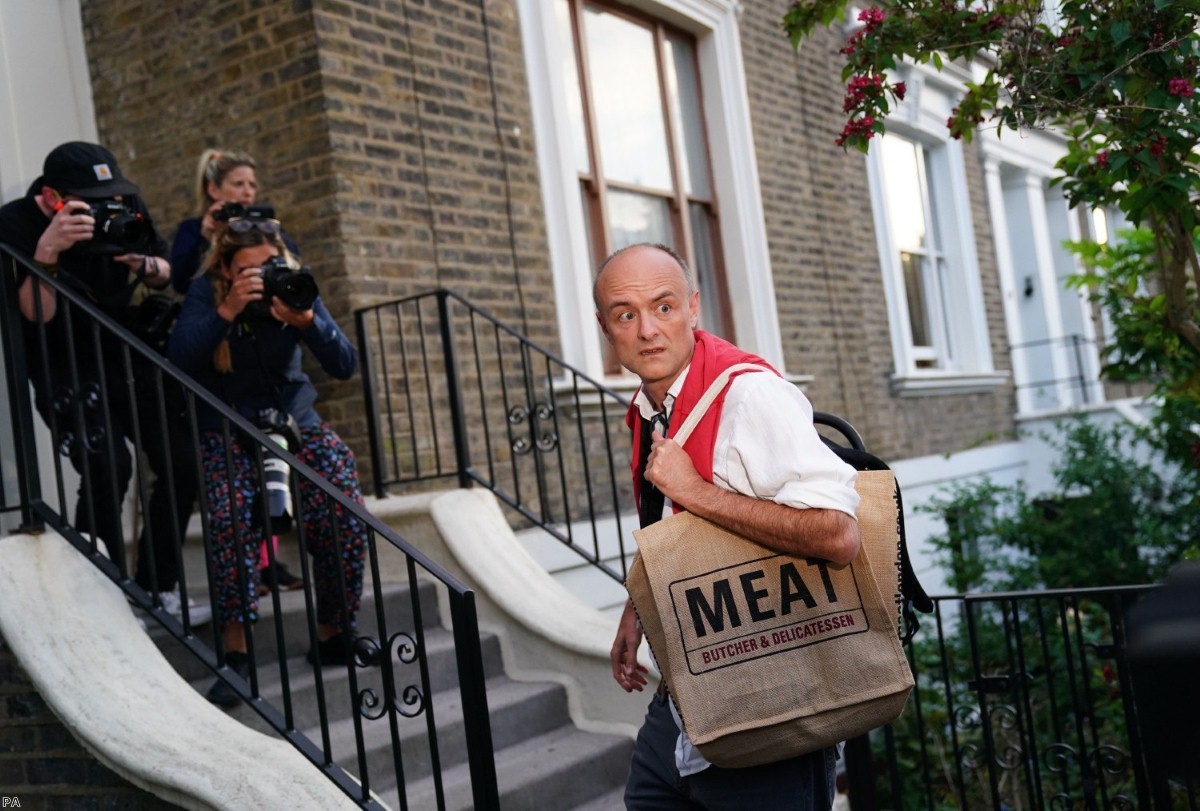 It all seems to be falling apart for them. If there'd been a quick apology from Dominic Cummings when the story broke, he might have been able to kill it. Certainly if he'd resigned, with a quiet arrangement between him and Boris Johnson to return in a year, he'd have been fine. But that's not how they operate. So instead Johnson staked his reputation on his adviser and then, through the pitiful mechanism of copy-and-paste block tweets from Cabinet ministers, that of his entire government.

Now they are trapped in a great whirlpool of lies. Whatever Cummings says becomes gospel, so ministers are charged with going out and pretending that it is entirely reasonable. First they sacrificed the lock-down, replacing it with a fine-print independent-judgement don't-you-care-for-your-kids bespoke version. Now, in a series of media rounds this morning, Michael Gove seemed to be rewriting driving law with a half-hearted insistence that driving was a perfectly reasonable way to check if you are capable of driving.

It's like the Cabinet are chained to a mad dog. Whenever it runs off barking somewhere, they're pulled along behind it, insisting this is exactly where they wanted to go on a walk in the first place.

Most of the press have been extremely critical of Cummings, but there are a few hold outs, especially in the Sun newspapers and the more dispiriting parts of right-wing social media. Their argument is that this is all an effort by sore Remainers to get revenge on the man who secured Brexit. It's nonsense of course – the anger seems quite universal in the country and certainly there are many Brexiters in the media and parliament who are livid about what they're reading.

But it is actually an odd experience for Remainers to watch all this. They have known two central facts for some time now: first, that this government lies, and second, that it is not very good at it. So it feels weird to suddenly have it all recognised by the country at large when it seemed perfectly obvious a long time ago.

They watched for months as Johnson's Vote Leave administration issued the most baffling stream of nonsense about every aspect of Brexit – saying they acted for parliamentary sovereignty while suspending parliament against its will, insisting customs checks did not need to exist between territories, claiming there'd be no border in the Irish Sea when it was quite clear there would be, pretending a downgrade to WTO rules with your largest trading partner would have no noticeable effect on existing arrangements.

One of the things which made the Brexit period quite lonely for Remainers was that these demonstrable untruths were not branded as such. They were treated as propositions which were of equal standing with those which challenged them. The entire world got lost in a sense of false balance, emphasised by a media approach which felt it had to reflect both positions even-handedly.

But now that's changed. The quality and persistence of the lies is precisely the same, but the subject matter is different. They now concern an area of public life which is universal: public health in the face of a pandemic. And more than that, it is severely felt. It has deeply touched all our lives, sometimes only in inconvenience and boredom, sometimes in acute tragedy. The Cummings story cuts through because it is a singular expression of a general experience. His actions and indifference serve to undermine the sacrifices everyone else made.

As soon as the culture war architecture is removed, Cummings and Johnson have no protection. They stand exposed for what they really are and how they really operate. The consequences, in just a few days, have been catastrophic for them.

There are a couple of things to take from this. The first is that Johnson's Conservative party is absolutely beatable at the next election, no matter how large that majority is.

The second is that Brexit is basically the least effective way to attack the government. Of course there'll be points, especially over trade negotiations and EU citizens' rights, when this isn't possible and you've got to take them to task for what they're doing. But outside of those areas, it should be allowed to fade.

That's not an easy thing to do, especially for Remainers who are now watching people come to the same conclusion they reached about the government when it is too late to do anything about it. But the basic facts are plain: when the culture war is gone, they're vulnerable. So don't let them have it.