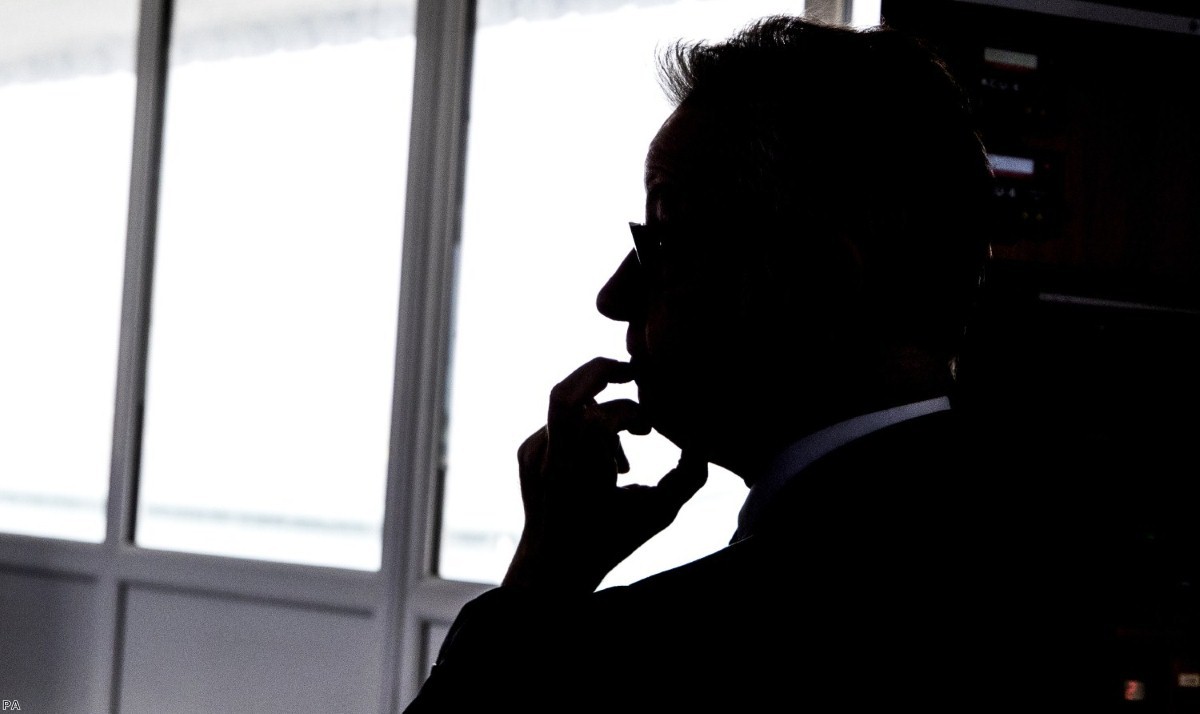 There's quite a bad smell coming off the Tory election machine. As the election campaign enters its more intense period, the party has adopted one of the standard populist tactics: discrediting independent sources of information and attempting to replace them with its own output.

During ITV's leaders' debate this week, the CCHQ Twitter account was switched to resemble an independent fact-checking service named 'factcheckUK', with the avatar changed from the party logo to a respectable think-tanky white tick against a purple background. It churned out a series of 'facts' about Boris Johnson winning the debate and then flicked back to the standard Tory account. Blip, just like that. Something stinky.

They tried a similar gambit when Labour released its manifesto yesterday. The Conservatives bought a website with the address labourmanifesto.co.uk and populated it with their attack lines against the opposition – no plan on Brexit, more taxes, that sort of thing. They then paid to have it placed at the top of the Google rankings, so that it was the first item returned if someone Googled 'Labour'.

Basically the governing party is behaving like some kind of cheap disinformation campaign.

It wasn't particularly effective. Very few voters get their news through Twitter and most of the site's users are savvy enough to spot what was going on – or they certainly were by the time the entire thing started cascading with outrage at what the Conservatives were doing.

But the side-effects are more troubling than the action itself. It's hard to get fact-checks into a place where they can effectively scrutinise the nonsense mainstream political parties are putting out. Cummings showed during the 2016 referendum campaign how easy it was to hack this system by positioning his lies so that fact-checking them actually spread the underlying message. By encroaching into the space, the Conservatives are making it even harder. They're forcing readers to doubt the veracity and source of even very neutral information services.

It all helps build a climate of paranoia and lack of faith in objective information, in which we all become low-level conspiracy theorists about everything. You can see how drenched in that culture we are becoming, even on the liberal left, by the repeated insistence on everything being a 'dead cat' strategy – an attempt to distract people from one story by creating a new one in a different area.

As surely as night follows day, many Twitter users insisted the fact check story was itself a dead cat strategy against some other vulnerability the Tories were facing elsewhere. When you lose faith in the motives of political actors and the resilience of the system to hold them to account, everything becomes suspect.

The media can go either way at moments like this. There's a temptation to write the whole thing off as a storm in a weirdo social media teacup. That's the approach foreign secretary Dominic Raab was encouraging when he insisted "no one gives a toss about the social media cut and thrust". But it didn't take. The story was treated with the seriousness it deserved. The party received a full battering of negative headlines, which, outside of the specific details, carried a background smell of 'Tories up to dirty tricks'.

Then they hit back. Michael Gove was interviewed about the fact-check incident on Channel 4 News. He would not apologise. But more than that, he opted to launch an all-out attack on the legitimacy of even being asked questions about what the Conservatives were doing.

From the very opening moments of the interview he worked to undermine and discredit the journalists interviewing him. When he was shown an image of the 'fact-check' Tory Twitter account on a screen and asked to demonstrate where it revealed that it was in fact from the Tory party, he replied: "I shan't because this is your computer, I don't know what you've been doing with it."

He did it subtly, almost off-hand, but there it was: a small trace of conspiracy. Implicit in it was the idea that Channel 4 journalists would doctor a screenshot to paint the Tories in an unfavourable light.

When the journalist told him that people they'd spoken to in the street thought the Twitter profile was misleading, he replied: "If you find enough people I'm sure you'll find people who will corroborate your version of accounts." There it was again. Journalists only interviewing certain people, or ignoring those that weren't useful, in a bid to mould reality.

One of the crucial aspects of the interview was the journalist's willingness to use the word "lie". That is objectively the right word to use for things which are not true and are said in full awareness of that fact. But the Conservatives base their current messaging on the assumption that broadcasters will not have the confidence to go that far. They will ask questions about the information, but then simply end up calling it 'controversial' or 'contested'.

That kind of fudged language leaves most viewers assuming, in a defeated sort of way, that there is a debate, rather than that the government is deliberately fibbing. It is this kind of caution in the face of no-holds-barred political vandalism which has allowed it to degrade the infrastructure of our political culture so extensively.

Gove noted the danger and kicked back hard. "You used the 'L' word. That's a very powerful word. What you are attempting to do is to make a polemical case for a particular viewpoint."

The mere fact of being asked questions about the veracity of Tory messaging was a kind of affront to him. When he was asked about Johnson's claim he would build 40 new hospitals when nearly all the money earmarked will go to just six NHS trusts, he replied: "You're using this interview as an opportunity to mount an argument. There's a perfectly respectable type of journalism in which you mount an argument, you use rhetoric, you interrupt, you have a series of propositions which you believe in. That's perfectly fair journalism. What it's not is objective."

"It's not objective to ask you if you're going to build 40 hospitals or six?" the journalist asked, baffled.

Gove responded: "The whole line we're only going to build six is a Labour line. You're repeating it now. People will know exactly what you're doing, which is fine, which is mounting a rigorous left-wing case for a particular political point of view."

So now the journalist wasn't just expressing a subjective opinion by asking questions, they were expressing a left-wing opinion which was intended to help the Labour party. It was a serious accusation. Gove was suggesting a broadcaster was actively supporting one political party and unfairly attacking another during an election campaign. This is illegal.

Later that day it emerged the Conservatives had banned the Daily Mirror newspaper from getting on its election bus along with other journalists.

These are fairly typical nationalist tactics, which we've already seen abroad. In Hungary, Viktor Orban's regularly treats the few remaining independent journalists as being in league with opposition parties. In the US, Donald Trump tried to eject critical journalists from White House press conferences.

It's happening here too. The Conservatives are attempting to neuter independent sources of scrutiny and present themselves as the only objective outlet for information. Discredit and replace. Control the narrative.

The cumulative effect is that we all sink further into this swamp of disinformation, in which you can't rely on what you see or read. That makes rational debate impossible. The space of commonly accepted facts falls away. And all that's left is tribal warfare and paranoia.