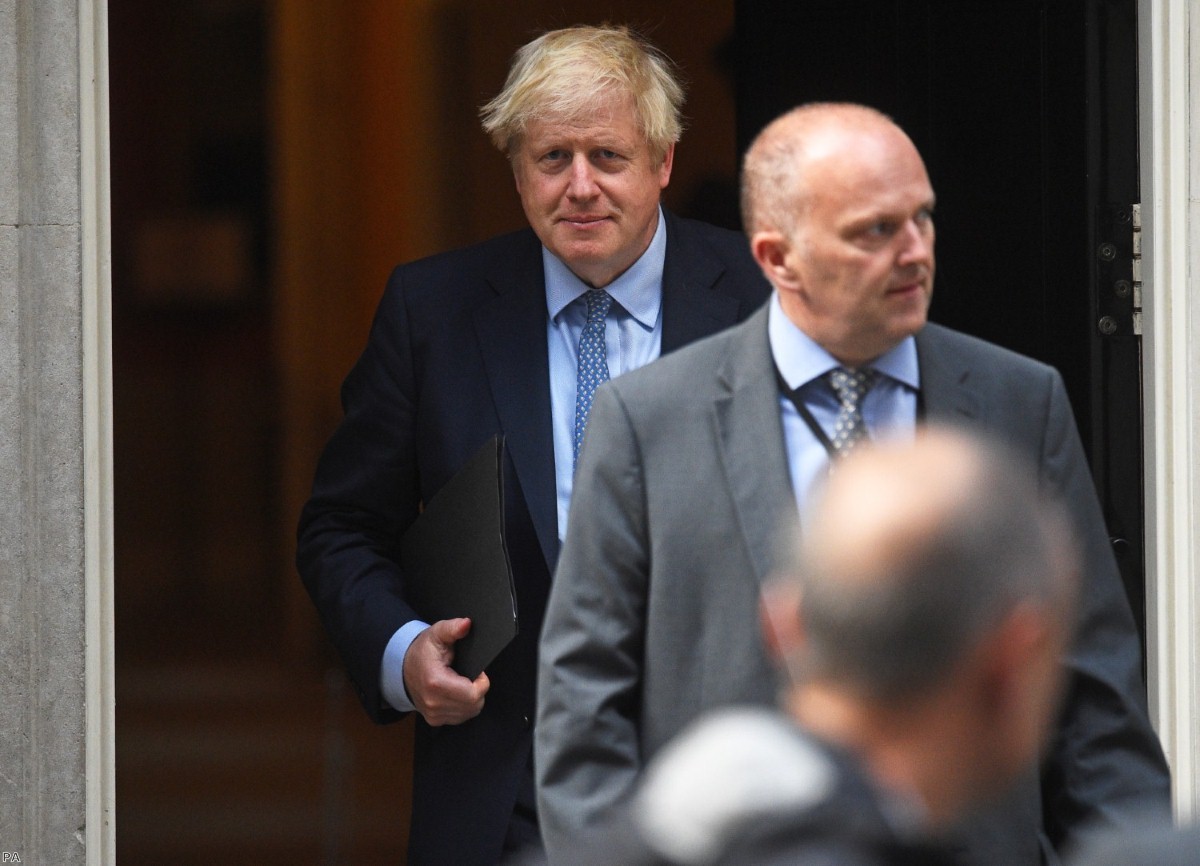 No remorse, no contrition: Only the culture war

It's difficult to recall any performance from a prime minister which had so little moral value. There was simply nothing there – no basic decency, no humility, no sense of responsibility. All he had to offer was a constant barraging attempt to sow division.

Boris Johnson had been dragged to the Commons. His prorogation had been found to be unlawful. In any other time in constitutional British history, that would be the end of him. If honour had any operational role in British politics, this would have been the moment he resigned.

But instead, he marched into the Commons with precisely the same manner in which he had tried to cancel it. He would not even apologise. He would not even repeat the attorney general's admission that the government "got it wrong". Nor would he distance himself from Jacob Rees-Mogg's grotesque assertion that the ruling was a "constitutional coup". Instead, he doubled down.

He was the culture war personified. Nearly every sentence sought to exacerbate division in the country and foster a mentality of us-vs-them, in which parliament was trying to subvert the 'people's will' over Brexit. He repeatedly called the rebel legislation forcing him to avoid no-deal "the surrender Act". He insisted several times that parliament was trying to "sabotage" Brexit negotiations.

It didn't matter what anyone said. Nothing moved him.

"We stand here under the shield of our departed friend," Labour MP Paula Sheriff said, looking at the plaque for her murdered colleague Jo Cox, "with many of us in this place subject to death threats and abuse every day. They often quote his words: 'Surrender Act', 'betrayal', 'traitor'. He should be absolutely ashamed of himself."

Johnson simply responded: "I've never heard such humbug in all my life."

Even the Speaker, who at several moments struggled to maintain control over the Commons, tried to intervene. "I am keenly conscious of the fact that there are members on both sides of the House and both sides of the Brexit argument who have been personally threatened and whose families have been threatened."

From the Tory benches – although now acting as an independent after Johnson's purge of his party – Rory Stewart urged him to adopt a more conciliatory tone. "He's pitting Brexit against Remain, young against old, Scotland against England and people against parliament," he said. Politicians should "speak with respect, with moderation, with compassion for our opponents, in order to provide a foundation which does not just appeal to a simple narrow faction but to every citizen and party in this great country".

Johnson replied that only his side represented the "will of the people". There was no getting through. If ever he'd had a sense of responsibility for the things he said, it was long gone now. He was impervious to decency.

It is now perfectly clear what he is. If ever there was a day when he might change approach, it would be today. No previous moment in memory demanded contrition in greater measure than this. But his only response to the humiliation of the court ruling was to worsen the rhetoric, to stoke even more hatred and inflame people's worst passions.

He had only one tactical manoeuvre to offer: a call for opposition parties to table a vote of no-confidence in him, so there could be an election and – perhaps more importantly – so he wouldn't be put in the position where he'd be forced to extend Article 50 in a few weeks.

They didn't fall for it. But make no mistake: an election is coming. And from today's performance there can be no doubt how the Conservative party will fight it. It will burn anything to the ground – the institutions it once defended, the basic structures of liberal democracy, the notion of a stable society – in the name of the culture war. It will seek to worsen hatred and promote narratives of betrayal and treachery, despite the fact that MPs have notified him of the death threats they receive as a result.

And it will not just be Johnson doing that. The entire Conservative party is complicit. When he sat down, his MPs applauded him. Far from being appalled, they loved it. It was a ghastly and dispiriting sight.

Things have been ugly so far. Today, it became quite clear that the prime minister intends to make them worse.