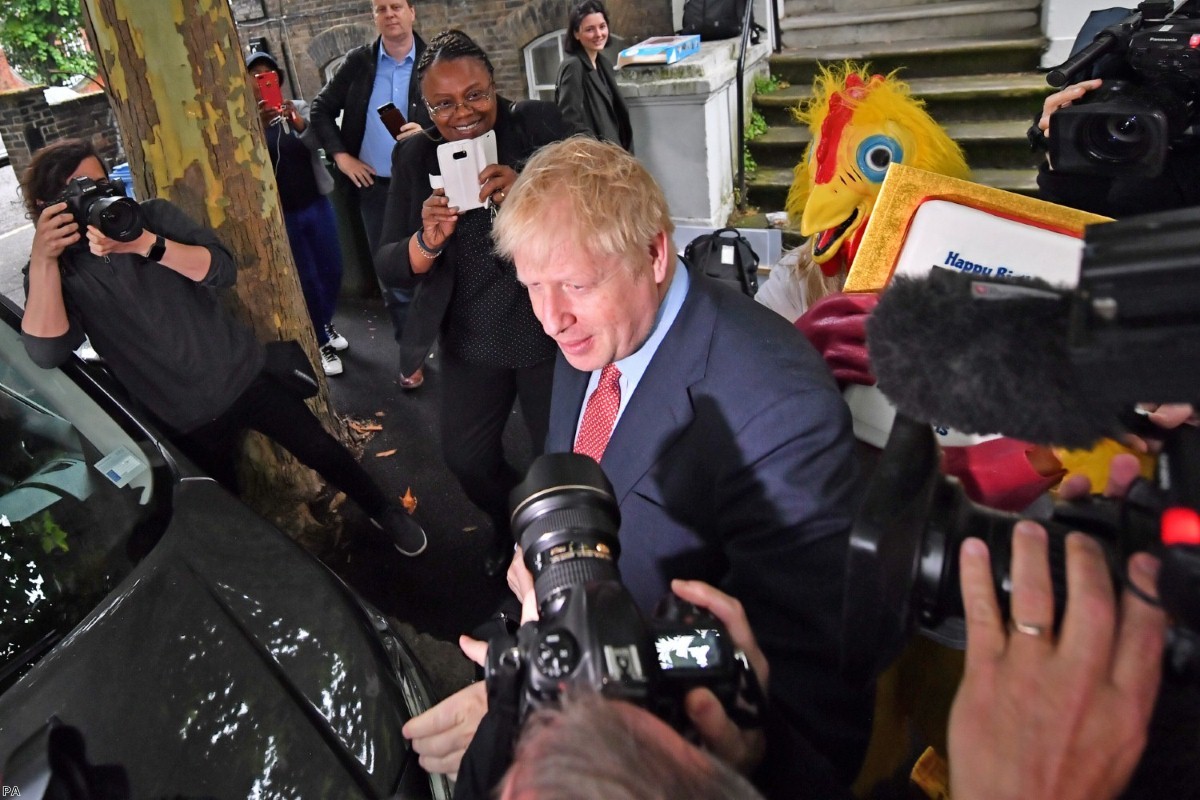 Boris Johnson debate performance: After the jokes, there’s just nothing there

The frontrunner will be happy with the way the debate went last night. It was a cacophony of bad-tempered gibbering nonsense, where nothing was addressed, nothing was grappled with and nothing was solved, but most importantly for Boris Johnson nothing changed. There were no killer blows or headline-grabbing moments of drama. So the race stayed as it was. And that leads to his victory.

But there was something for the rest of us to learn, despite the horrible noisy pointlessness of it all. It was that Johnson is not actually very good. Once you get past the usual view of him – of being a cynic who uses a clown persona to pursue his political aspirations – there's not really anything there. When things turn serious, and that jokey alter-ego isn't appropriate, he's just not up to it.

Take Islamophobia. He surely knows his weak spots by now. He's going to be asked about his disparaging comments about women in burkas. He needs a ready answer. He could offer a wholehearted apology, or say he was speaking in a past life as a journalist, or emphasise that the piece was actually arguing for the right to wear a burka, or, probably most effectively, portray himself as a Trumpian say-it-as-it-is kind of guy. There were plenty of options.

In fact he did none of these things. He issued a cookie-cutter politician's non-apology, saying he was sorry if people had taken offence at comments taken out of context, a contortion which surreptitiously places the blame on the person he is ostensibly saying sorry to. And then he forgot the Muslim questioner's name.

That questioner has now been found to have made anti-semitic comments in the past, but put that to one side. At the time he needed, for his approach to be effective, to show he was handling the issue with seriousness. Instead he was flapping around when he intended to be serious. The clown was there, but without a punchline.

You can argue that this issue won't matter with Tory members. Making disparaging comments about the burka might even play well with that demographic. So turn to something they certainly do care about: Brexit and tax cuts.

Johnson was asked to guarantee his October 31st exit date. He was unable to do so. That's actually a good sign for the future – it indicates he will retreat backwards into further extensions when the time comes. But it is also a telling indication of his political abilities. He is prepared to suggest he'd prorogue parliament to get no-deal through. He is prepared to insist in the clearest possible terms that Britain will leave on schedule. But when asked to guarantee it, he cannot. His best effort involved saying it was "eminently feasible". Behind the bluster, there was hesitation and he couldn't hide it.

A few days ago he made an announcement on tax cuts. It was the most fleshed-out proposal of his campaign. He would raise the 40p threshold from £50,000 to £80,000. It's a dreadful policy, helping those who least need it at a cost of £9.6bn a year, coming from – wait for it – savings in Brexit no-deal preparations budget which he simultaneously wants ramped up. Even the Sun called it a "stinker".

Last night, this week-old policy simply fell apart. It was suddenly downgraded to an "ambition" and up for "debate". He was only a couple of steps away from 'nothing has changed' territory. The big policy proposal, the only one he really has, was a failure at every level: on its political instincts, on its costing, and on delivery. In the heat of a leadership contest he got away with it. As prime minister he would not. A similar moment from Theresa May during the 2017 election completely derailed her campaign.

This is Johnson stripped of the prejudices we all have of him, of the people who love him as a joker and those who hate him as a cynic. It was the actual core competence of the man. And of that, there is frankly very little.

He'll likely still win. Inadequacy is no barrier to success to modern British politics. But for what it's worth, once you get past the noise, the truth of the matter is that he's just not very good.