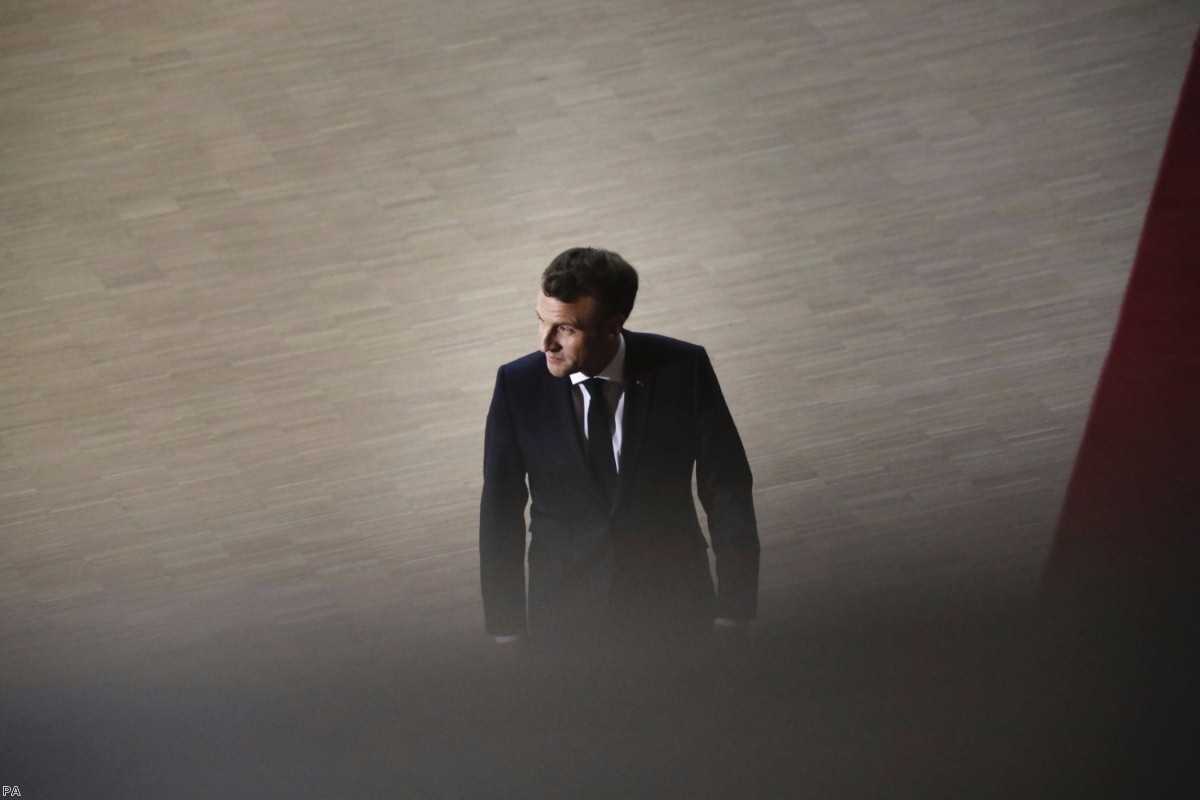 Halloween extension: Remainers now have the chance to turn this thing around

Life is defined by expectations. So after a couple of weeks anticipating an extension until December or April 2020, it was disappointing last night when the EU settled on October 31st instead.

French president Emmanuel Macron pretty much single-handedly shortened the proposed dates, for reasons that only he really understands. In doing so, the most europhile of all European leaders started to sound exactly like the ERG. "There were temptations to go very far in granting deadlines," he said, "and in my view it wasn't about respecting the vote of the British people but rather getting them locked into membership." It's true what they say about politics sometimes meeting around the other side.

What a bizarre turn of events. And what a pointless one too. France had wasted diplomatic capital and distanced fellow EU leaders standing firm on a position which had little domestic or continental effect. It was silly and wasteful.

Faced with unanimous support for a long extension and Macron pushing for a short one, European leaders basically split the difference and settled on Halloween. They did their best to give it some meaning. It's just before the new commissioners take office. It's also just after the UK party conference season. But both these dates seemed like post-hoc justifications for what ultimately had come down to late-night horse-trading.

The October 31st date is the kind of fudge that everyone can live with – it's basically the shortest long extension you could offer. But it doesn't really fix anything. It's long enough that it'll remove any sense of urgency from talks on a deal, but not so long that you can fundamentally rethink the way you're pursuing the project.

On the face of it, the most obvious victim seemed to be the People's Vote campaign. You need a long time to hold a referendum – to pass the legislation, set the date, finalise the question, test it and then hold the campaign. The only way you could hold it by October would be to get MPs to agree to it in the next few weeks.

There is movement in that direction – Tory MP Simon Hart was reluctantly coming round to the idea yesterday and pro-deal Tory Huw Merriman spoke at the People's Vote rally on Monday – but the truth is that's simply not enough time.

However, even options with easier timetable demands look pretty doomed right now. It's likely that the extension will relieve the pressure on Labour MPs to back Theresa May's plan if it comes back to the Commons a fourth time. They now have the additional disincentive of thinking that accepting the deal would trigger a Tory leadership contest and her replacement by an even more right-wing alternative. On the Tory benches the movement seems away from May's deal, with some ERG types falling back into opposition.

The talks with Labour, which seem pretty dead and in all likelihood were never alive, also lose their incentive and momentum, if indeed they ever had any, on the basis that the deadline is no longer looming. And even without any of that, parliament is in recess all of next week and then again between July 20th and September 5th, so you lose a great big chunk of time there.

The obvious Tory response is to try to topple May. Exactly how they justify this is another matter. She promised to step down if she passed her deal. She did not pass her deal. It is quite odd to see so many people attack the prime minister for lying on one of the few occasions when she has not actually done so. But regardless, they are circling around. A leadership contest could easily be done in the time available. They could get rid of May, elect someone who will talk soothing rubbish about no-deal, Article 24 and high tech solutions – the greatest hits, basically – and then be on their way to fantasy-land by October.

But how exactly? This is the part that is too rarely mentioned. They blew their chance to challenge May for another year when their lame little attempt failed last December. She now has a stay of execution until well past the October deadline. With the formal procedure gone, they have to rely on the informal men-in-grey-suits technique, but that will not work with this prime minister, who is impervious to anything, whether it is honour or stigma or anything in between. The ERG can back a Labour motion of no-confidence in the government, but that would leave Jeremy Corbyn two weeks to form a government and then trigger a general election if he fails. Hardly an enticing prospect.

For all the talk of leadership challenges, there really aren't many routes to prising May out of power. Her government has been basically shattered for months now, all discipline gone, with ministers regularly abstaining on whipped votes. It makes no difference. It limps on anyway. The Fixed-Terms Parliament Act proved that one central maxim of Judge Death: You cannot kill what does not live.

Even if the Tories did change leader, and picked someone so brain-dead and right-wing they could feel better about themselves, what difference would it make to the parliamentary arithmetic? There still won't be a Commons majority for no-deal. We've seen in recent votes what no-deal can get. About 110. And we've seen what the threat of it would lead to: A variation of the Cooper bill, passed autonomously by MPs within about three days, stopping the government in its tracks.

All of which sounds like this whole godawful mess is going to keep dragging on for another six months, to no purpose. But actually, as suboptimal as the October date is, we're still in a much better place than we were last week.

Time helps Remain. The more frequent these extensions, and the longer they are tabled for, the most the referendum sinks into the past. Each time it happens, Brexit feels more like a failed project, stalled on the side of the road.

There was a big difference between the last extension and this one. Getting past that March 29th date felt like you were chiselling a correction onto a stone tablet. This one felt like crossing out something written in pen. Once you establish the notion that Article 50 can be extended, everything gets much easier. It becomes normalised.

You can't take that for granted. Any member state can veto an extension and Macron clearly relishes his role as the bad cop. But there are no legal impediments to extending further, as long as Britain takes part in the European elections, which it is preparing for.

The basic underlying political reality is that no-deal is intolerable to the EU and the UK. For Britain it is self-immolation. For the EU it means ejecting a member state against their will and sacrificing another – Ireland – to economic catastrophe. It really seems like it will never happen. And if it will never happen, and the deadlock in Westminster continues, then these extensions can be repeatedly lengthened.

Europe might not like it. No-one likes anything about what's happening, frankly, apart from maybe Putin. But that is the reality of the matter. As Donald Tusk said yesterday: "Our wish and hope is the UK will be ready with a final solution at the end of October — but I'm too old to exclude another scenario."

The trick is then for Remainers to use this time for the greatest political advantage. We are already seeing a shift away from Brexit positions to Remain positions. In the commentariat, Peter Oborn on the broadsheet end and Nick Ferrari on the radio call-in end both gave up on Brexit this week alone. We're seeing Tories who back a deal acclimatise to the idea of using a referendum to secure it. In the Labour party, John McDonnell and Emily Thornberry, who could hardly be counted on to support the cause a few months ago, are now pushing for a People's Vote, while deputy leader Tom Watson attends rallies. If an election does take place, the chances look pretty good for a second referenum to end up in the party's manifesto. On the polling front, it has been several months since any poll showed a lead for Leave. And the European elections offer the chance to demonstrate the might of Remain voters at the ballot box.

The truth is a referendum does not need to be held by October. That is the wrong way to look at it. It only needs to be agreed by then. That would provide the argument for a further extension request in which to actually hold it. As inadequate as last night was, it can't hide the reality that things are suddenly going really rather well for Remain. Events are moving in their favour.