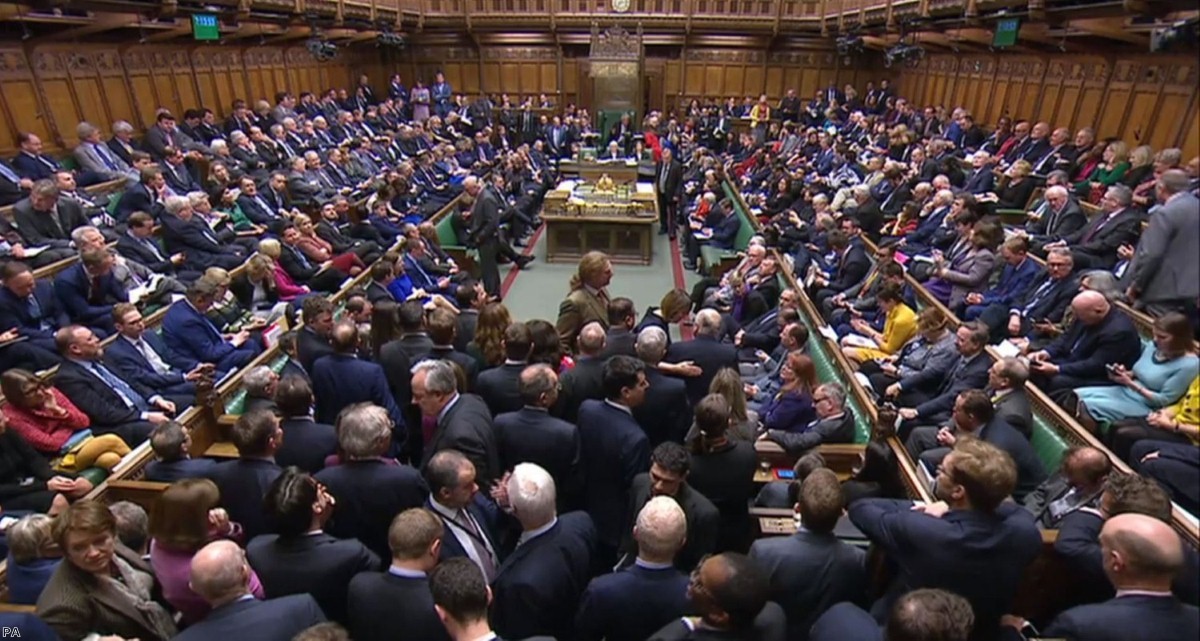 Lost & ruined: May humiliated once again by Commons

There aren't any words left really. They've all been used. You can shift-F7 for new desciptions of humiliation, but after a while you run out.

Theresa May's countless indignities have become part of the political calendar now. They come in fortnightly intervals. Her first deal was defeated on a historic scale. She then whipped her MPs to dismantle her own agreement, painstakingly negotiated over the course of a year. And then she was even defeated on her motion confirming that she was trying to defeat her own position. It was like defeat squared.  And today, once again, MPs rejected her deal.

After a while, it starts to feel unremarkable. There's a danger that days like this become the new normal. She gets to trudge on and try again, because failure has become part of her political DNA. But there were certain moments today when it felt like this pitiful, twitching corpse might finally give up the ghost.

She'd been stripped of everything. After flying off at the last minute to meet EU leaders last night, she returned with an updated deal, essentially consisting of firmed-up language around the same basic legal proposition. To get it over the line, she needed three leading Brexit camps to announce their support: the Brexit-supporting attorney general, the eurosceptic lawyers in their pompously-entitled 'Star Chamber', and the Northern Irish hardline religious right-wingers in the DUP.

They fell one by one. Geoffrey Cox issued a statement late morning insisting the risk of being trapped in the backstop had declined, only to end with a final paragraph admitting that nothing had actually changed. It was like a gunshot to the heart of the deal. From then on, it bled out over the course of the afternoon. The eurosceptic lawyers pushed against it, and then finally the DUP.

May went to the Commons a broken figure. Outside, it was bucketing down. The rain and wind clanked down on the windows. Her voice was gone – not from bad luck, as during the party conference, but from her desperate scramble to Europe to hold talks to stitch up a last-minute offer. As the debate wore on, it was scraped away to nothing. You could barely hear her. Behind the prime minister, the green benches were half empty. Her own side couldn't even be bothered to attend. Hardly any of her Cabinet was there. She was completely alone: ruined by hubris, short-termism and strategic inadequacy. A leader brought to nothing.

In the end she hardly even improved her figures. Her first meaningful vote in January was defeated by 432 to 202. This time it was 391 to 242. There wasn't even enough movement to suggest she'd ever get it over the line.

It's not right to pity her. She has been utterly hopeless throughout. She gave away her red lines in 2016 to win Conservative party support and has been limited by that decision ever since. She triggered the timetable of Article 50 without bothering to have a plan and then wasted precious months calling a snap election which only suceeded in removing her majority. She made countless political decisions to placate the extremist wing of her party rather than seek the kind of consensus which might conceivably have united the country. She treated parliament with utter contempt.

She lied and lied and lied. She lied as easily as she breathed. She followed a path based on the most mean-spirited and inward-looking of all possible political convictions. Her strategic failure has been equal only to her moral failure. She deserves all of the consequences of her actions and none of the pity which might normally have come with them.

She is still lying now. And she is still planning on forcing through her plan. The current timetable is to hold a vote tomorrow on no-deal. Instead of facing down the fanatics in her party, she is offering a free vote. Anything to stay on and survive another day. Then the day after that, once the Commons rejects no-deal, there'll be a vote on extending Article 50.

Her plan will likely be to make it as short as possible – lasting just until May 23rd. If the UK does not take part in the European elections by then, it will be unable to extend Article 50 any further by virtue of EU law. This would allow May to try one final time with her deal, but this time having eradicated any other alternative to it apart from no-deal.

It is unconscionable that she is allowed to try this. The defeat is so comprehensive, her failure so complete, that to even put the deal to the Commons again is a sick joke. But there is now, in these few moments of stunned silence in between her defeats, a chance for MPs to take control. They have failed before, but now, finally, with just days left, they must see the necessity.

That does not just mean extending Article 50. It means taking part in the European elections, in order to allow for further extensions. It means holding indicative votes to see if anything can win a majority. Customs union membership, single market membership, citizens convention, second referendum: anything is worth a try.

MPs must act, now. And that means being brave enough to say the unpopular things which are now necessary in the national interest, starting with European election participation. We're out of road. There is no other responsible course of action.