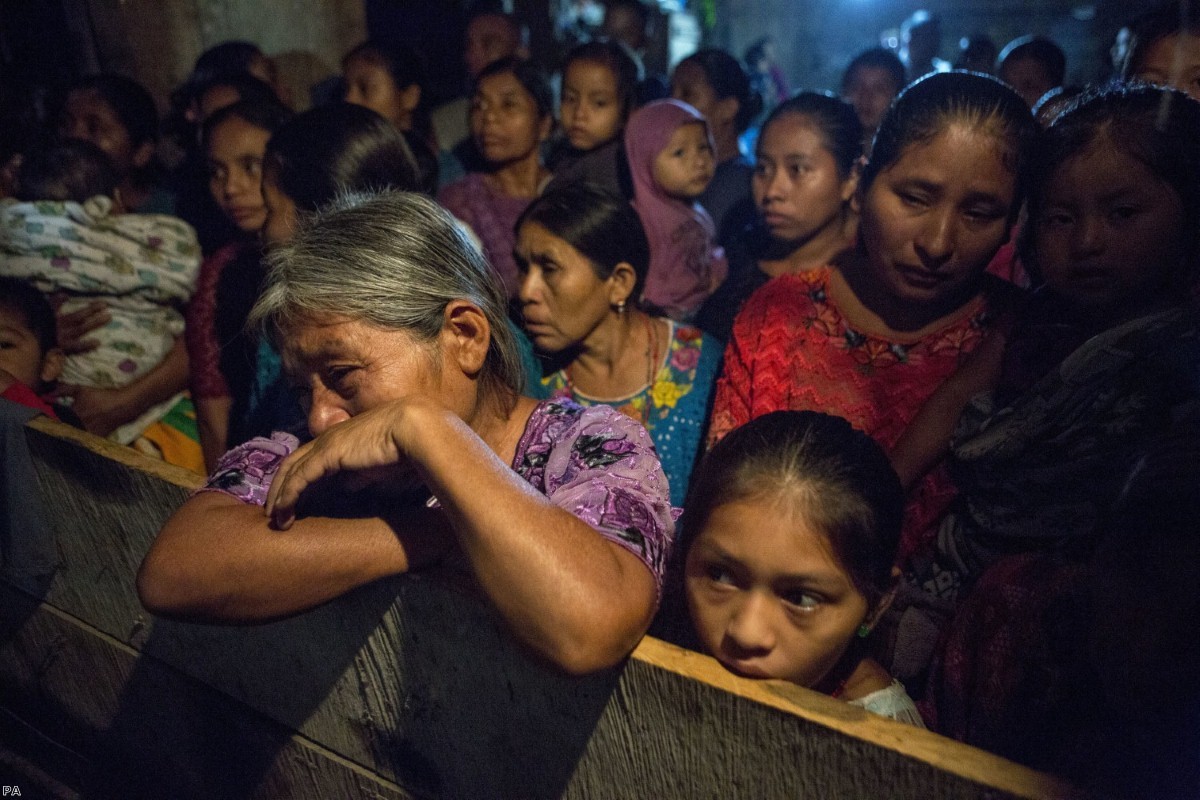 2018 highs and lows: A dead Guatemalan girl and what it says about us

The backstop is a strange political object. It is simultaneously boring and fascinating. It is intolerable, but also oddly beautiful. Bear with me on this.

The high point of the year – although, this being 2018, it didn't feel that way – came in mid-November when Theresa May confirmed she'd secured a deal with the EU. The reason it was a high point may not have been immediately obvious. For a start, May's deal instantly imploded the Tory party, triggered several resignations and seemed to end all hopes of a managed way through the mess.

The howls of outrage were not illegitimate either. The backstop introduces a disturbing democratic phenomenon in Northern Ireland, where EU rules, as long as they are amended or replaced, are instantly imposed without any democratic representation.

So it's hard to see why it should be the highlight of anyone's year, except for perhaps a few political sadists. But dig a little deeper and it reflects something quite remarkable. It is the secured objective of a union of nations standing up for the smallest in their number.

The EU is a much-maligned institution. It is the subject of despairing commentary across the continent, from left and right. Even among Remainers in the UK, it is hardly universally loved. And indeed it has many faults. It legislates too widely. It is too tedious and complex for average voters to follow, which is a democratic problem in its own right. Jean-Claude Juncker is a particularly terrible Commission head whose behaviour is an embarrassment to europhiles and indeed European citizens in general. But quieten the noise for a moment and notice what was done here.

The Republic of Ireland did not ask for a Brexit referendum. Unlike the UK, its public did not vote for what happened. They were suddenly presented with a situation in which they were going to be torn apart. Their largest export market would pull away but they could not change to accommodate it because they were plugged into European rules. The spectre of border infrastructure, the physical architecture of the Troubles, was rearing its head. The commitment to an instinctively all-Ireland perspective, of walking together into the future, was being ignored.

At any other time in history, that would have been the end of it. The UK is much bigger, richer and more powerful than Ireland. It can boss it around. And it has done so, for hundreds of years, to disastrous effect. But this time it was different.

This time, a union of nations stood by one of its smaller members. It might not have been in their interest. Certainly it's true that the deal would have been much easier to sort if the Irish issue wasn't there. But they did it anyway, by showing commitment to the functional principle of the European project.

The emotional outrage of Brexiters during negotiations has largely stemmed from this fact. They hark back to a world where stronger countries could do what they wanted. Britain could boss Ireland. Only a handful of countries could boss it back. We dressed it up in all sorts of elegant names, and pronounced on it while wearing well-tailored suits from the chambers of parliament, but in reality it was the international law of the jungle – the political Darwinism of international relations. But now there is a new way of doing things, a way which we, ironically, have championed: nations acting together for their mutual advantage.

It's a weird highlight, because the ramifications of the backstop are ugly and no-one really wants it. But in an era when international institutions are being smacked around by authoritarians, and in which no-one will defend a more complex and fair way of doing things, it showed that the EU was going to stick to its principles. If it can make it out of the difficult years ahead in one piece, it'll be because it did so, rather than sacrifice them.

Jakelin Caal Maquin was seven years old when she died, following a cardiac arrest, in El Paso Texas on Saturday, December 8th. The hardline policy of the United States means that Guatemalan immigrants like her have to find ever-more isolated parts of the border to try and cross. She and her father had made it to Antelope Wells in New Mexico, one of the most remote spots on the US' southern frontier. And she paid for it with her life.

The cruelty around the death began as soon as it was announced. Trump supporters laid the blame at the parent. You start to assume this kind of response now – a sub-human form of emotional opacity – in a way we wouldn't before. Many in the US use the word 'invasion' when talking about migrants, as British far-right figures talk of Muslim 'barbarians' when discussing the Middle East. It is a dehumanisation mechanism directed towards the Other, but which in fact operates upon oneself.

They did not mention the tiny wooden house Maquin lived in, with a straw roof and dirty floors, where she used to sleep with her parents and three siblings. And they did not think about why people make these journeys, in dangerous conditions, to find a better life.

Of course, this is just one death. There are countless others. Indeed, last Monday another Guatemalan child, named Felipe Gómez Alonzo, had died in American custody.

We don't know how many drowned in the sea trying to get to Europe this year. Not really. The authorities have started to close down any rescue service available to them. Earlier this month Medecines Sans Frontier confirmed it had to pull its rescue boat after aggressive Italian bureaucracy had kept it in port for months. Even saving migrants is no longer allowed. In Hungary a law was recently passed criminalising efforts to help people claim asylum. In the US,migrant children are separated from their parents and put in cages. We are becoming something less than we were before.

Across the West, the anti-migrant wave continues. It is there in the US under Trump, in Italy under Salvini, in Hungary under Orban. It is in every country, under different guises, focused on different groups. In the UK, where we pride ourselves on being more moderate in our policy and our discourse, millions of European citizens have lived in uncertainty, facing daily insults from a society which treats them as a problem rather than a friend. We have deported people who have lived here legally for decades. We have locked up countless thousands in detention centres, without trials or access to legal advice. And then, as the year ended, the home secretary stood up in parliament to confirm the end of free movement, arguably the greatest liberal accomplishment of the post-war period. And he did it like it was some kind of victory.

Those are the conditions under which the world's most important political debate currently takes place. The immigrant is the Other. They are the target, picked on and spat at and ultimately killed, while commentators tell us to understand the 'legitimate concerns' of those who despise them.

Next year, we should show less understanding of people's 'legitimate concerns' and more outrage over the victims of anti-immigrant hysteria.