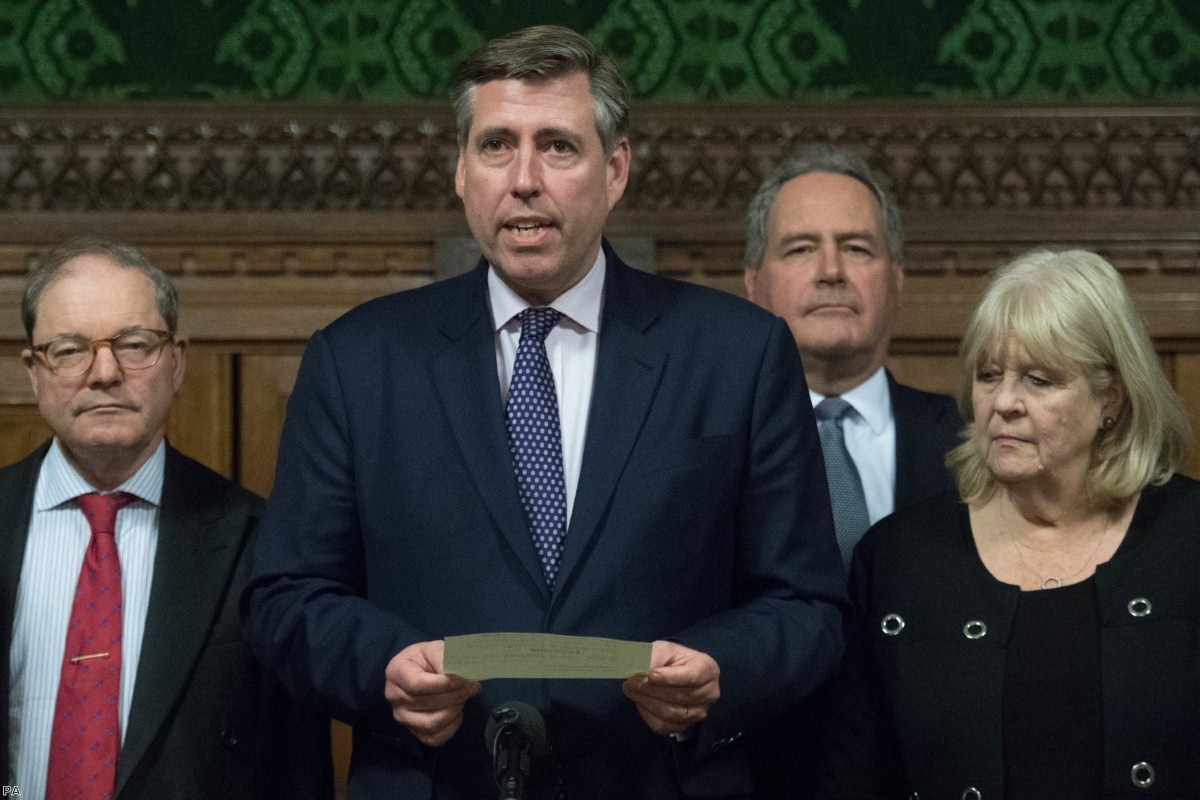 The worst of all worlds: May is ruined but immune

They put a brave face on it, but this was a disastrous day for Theresa May. Her authority is now utterly devastated, her remaining reputation shattered. But she now has a protective shield. She cannot be moved from her position within the Tory party. She is a walking, immortal fossil.

Graham Brady, the chair of the 1922 committee, confirmed that the prime minister had survived the no-confidence attack on her at 9pm, leading to cheers and a long standing ovation from supporters in parliament. But immediately afterwards, he read out the numbers and the mood changed. One hundred and seventeen Tory MPs in parliament said they did not have confidence in their prime minister. Just 200 said they did. She was clearly haemorrhaging authority.

Even this shabby result was only won after one of her now-standard campaigns of lies and ethical inadequacy. She told Tory MPs that there was a legally binding solution to make the backstop temporary. That is simply false. At most she will get a political statement saying the EU intends for it to be temporary, which is something else entirely.

In fact, the lie was highlighted almost as she spoke. All the legal aspects of the deal are contained in the withdrawal agreement. But the European Council today confirmed that would not be reopened. "The Union stands by this agreement and intends to proceed with its ratification," it said. "It is not open for renegotiation."

She then told MPs that the DUP was supporting her. Again, this was false. DUP support is contingent upon the backstop reform which she claims to be able to secure and in fact cannot. This is precisely the same line which is reported to have outraged the Queen last year. Back then May told the monarch she had DUP support days before actually securing it. The same thing was happening this afternoon.

She also told MPs she would go before the next election. But even on this matter, where she was speaking explicitly and clearly, the promise started to drip away even as she made it. One MP asked if she was just referring to the scheduled 2022 election or an earlier one, if she chose to hold it. She sidestepped the issue.

There is plenty of wriggle room in her promise. And even if there wasn't, nothing stops her going back on her solemn vows. Journalists were told on Monday morning that the vote on her deal would definitely go ahead, only to discover minutes later it would not. She said countless times last year that she would not hold a general election. And then she did. Nothing she says means anything.

The one-day campaign did what it needed to do. As ever, she asks nothing more from a tactic than that it allows her to still be prime minister in the evening. She survived.

Within the hour she was appearing outside Downing Street, making the same speech she'd made countless times before about "our money, our borders and our laws" – you know the rest. It was as if nothing had happened. Just the same old churned out script, delivered in the same crushing monotone voice.

In one sense she's in a better position than this morning. She now has a one year immunity according to Tory party rules. But in another sense she is in a much worse position. She demonstrably has lost her authority. To even stay in position she had to say she would soon step down, which, whether honest or not, is like a magic spell which further erodes her status. Her opponents have smelled enough blood, and feel justified enough in the numbers, to now continue full-blooded attacks on her in public. And she still has no chance of getting her deal through parliament.

The truth is she is ruined. Her authority is gone. She has no hope of success. She is fundamentally not believed when she makes promises. But also, she is full protected by Tory party rules. It is the worst of all worlds. She's like a faulty Terminator. She simply will not stop, but also she will never function very well.

The horrible tawdry story of her premiership crawls on. Quite why, no-one even knows anymore. Perhaps even she does not know. She has turned mindless survival into an art form.