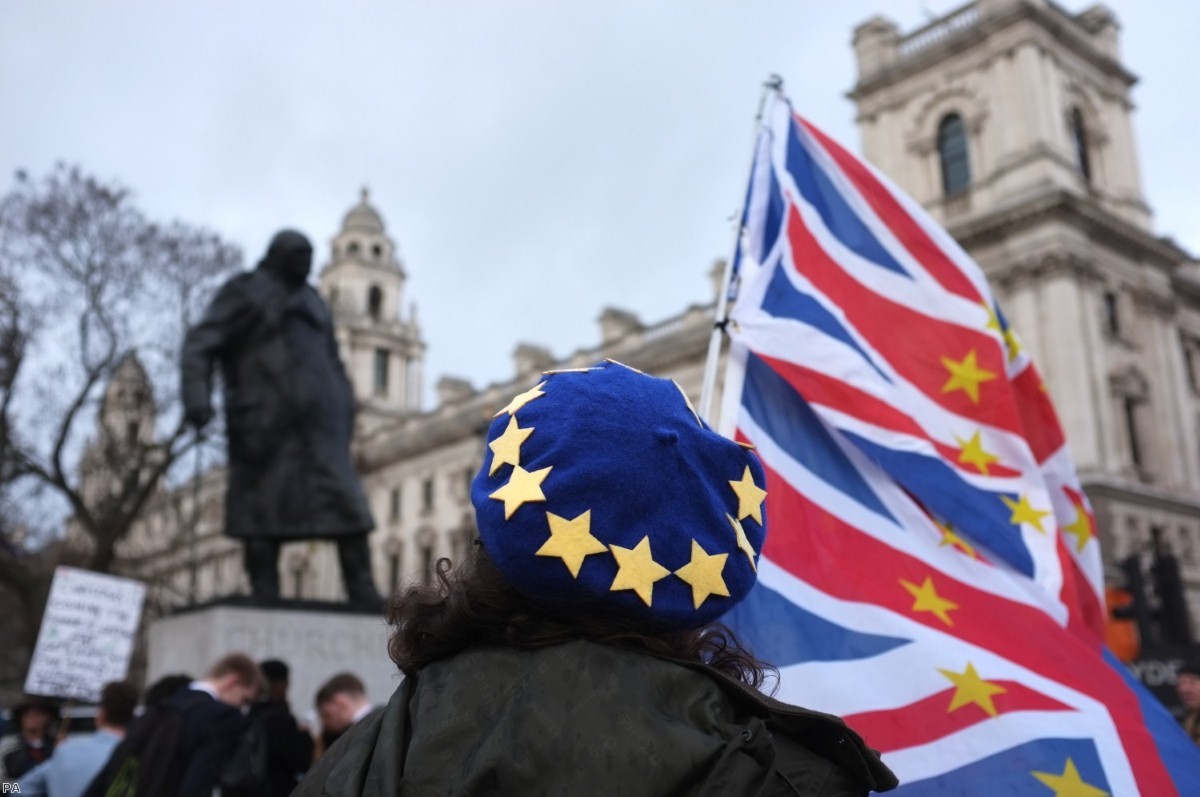 Next week MPs will probably vote down May's Brexit deal. But that won't stop the process. The clock will keep on ticking down to when we fall out the EU on March 29th 2019. Unless something is done to change the situation, no-deal will happen.

MPs are therefore gearing up to stop the government taking Britain over the cliff edge. There are many ways to do it – you could have a second referendum, or a general election, or extend Article 50 or even cancel it. But whichever option you pick you need one thing: amendments. These allow MPs to tell the government what to do. The battle to stop no-deal is basically a battle to table amendments.

The government has gone out of its way to try to make that impossible. It did it using Section 13(4) of the European Union Withdrawal Act.

It is a constitutional crime scene. It says that if May's deal is voted down a minister has 21 days to go the Commons and say what the government plans to do. Seven sitting days after that, it has to produce a motion, which MPs would then vote on. But then it does something sneaky. It says it must be a neutral motion. Neutral motions can't be amended.

It is an extremely weird and constitutionally unprecedented thing to do. As far as we know, no legislation has ever tried to do this before. The rules on neutral motions are contained in a separate document, called Standing Order 24B, which says it is "in the opinion of the Speaker" that motions are neutral or not. The law went against the functioning of parliament to deprive MPs of their voice.

But the problem was that MPs voted for it. So now there is a self-made legal trap: MPs have voted to remove their own power. In order to give MPs more power you have undo the power they removed from themselves. But you can't do that, because MPs voted for it and turned it into law. Elected politicians have had a nervous breakdown over Brexit and this is a perfect example of it.

There is now a rearguard defence to open this debate up again and challenge the government's silencing technique. Labour MP Hilary Benn has tabled Amendment C to the Brexit motion which MPs will vote on next week. It has a decent chance of success. There's cross-party backing from Labour, Tory, Lib Dem, SNP and Green MPs.

The Benn amendment demands that Standing Order 24B "shall not apply to any further motions made under Section 13 of that Act". The standing order is where the rule on neutral motions being unamendable is contained, so by doing this it allows amendments on future Brexit votes.

This would give MPs a final meaningful vote on no-deal, right at the end of the proces. If Brexit-supporting Labour MPs don't rebel, and Brexit-opposing Tories do, it can get through. The numbers are there, but they're tight.

There is a similar attack being made today in Amendment D to the Business of the House, tabled by Dominic Grieve. It's a clever little amendment. It also tries to kill off 24B for Brexit purposes, but because it is attached to the business of the House, it would cover any further debates on Brexit deals, or no-deals. It has considerable Tory support, with several MPs on the government benches supporting it.

This is where the battle against no-deal is taking place, in the lists of amendments, referring to standing order papers. It's conducted in procedural techniques, references separate documents and uses parliamentary jargon. But don't let that confuse you. This is a knife fight between parliament and government.

If the Benn and Grieve amendments fails, MPs still have a variety of options to stop no-deal.

The most obvious one comes if the government tries to bring the deal to the House for a second time. If May's deal is voted down, we are expecting her to try and bring it back to the Commons, probably in a slightly altered form, with the hope that financial market panic and the relentless ticking clock will make MPs think again.

May's second-chance motion would be amendable, just like the one which came before it. But the political circumstances around it would be completely different. MPs are very unlikely to pass an amendment demanding, say, a second referendum next week, because they won't know whether May's deal has been defeated yet. But if it is voted down, it changes everything.

The government will have failed in its one and only activity. May's crumbling authority will be dust. MPs will feel galvanised to pass amendments which they do not think are justified right now.

What if the government doesn't try to present the deal again and instead tries to force through no-deal?

There are also a few bits of legislation lying around which MPs could attach amendments to. The financial services bill was recently introduced to the Lords and needs to go to the Commons, where it can be amended.

The trade bill is currently in the Lords after passing through the Commons. It has seemingly been put on stand-by while the government deals with Brexit, but they'll need to pass it before we leave the EU in order to roll-over trade deals with EU partners. The Lords can send it back to MPs with amendments. Rebel MPs can have a chat with a peer, get them to put an amendment in it which they think might succeed in the Commons, and then have it sent back for them to vote on.

There are also three other bills sitting around which could be useful – the agriculture bill, fisheries bill and healthcare bill. MPs need to be able to show that an amendment is within the "scope" of a bill, meaning it is directly related to it. That isn't strictly the case here, but these bills are all ultimately to do with Brexit. Some clever drafting should be able to attach an amendment to them stopping no-deal.

MPs could also fight no-deal by launching a parliamentary guerilla war against the government. That would involve tabling amendments to primary legislation, making whatever use of opposition day motions and backbench business motions they can, and challenging the statutory instruments the government is using to prepare for no-deal.

Statutory instruments are little bits of direct executive power the government gives itself, in this case to set things up for leaving the EU. MPs are limited in how effectively they can challenge them, but if they really want to make trouble they can start holding them up wherever possible. They'd basically be trying to bring the functioning of government to a halt until it gave in.

And then, if all that fails, there is one last-gasp possibility. The Speaker, John Bercow, could unilaterally choose to disapply Standing Order 24B and make the neutral motion amendable.

This would not be an easy thing to do. It would undoubtedly be the most controversial decision taken by a Speaker in the House of Commons in our lifetime. After all, the demand for the legislation to be neutral is in statute via Section 13(4). MPs voted for it. Most experts believe he could not do it.

But not all of them. Some believe that the unprecedented nature of Section 13(4) and the circumstances in which it takes place mean that unprecedented actions are authorised for the Speaker too. There would have to be evidence of a huge and sustained demand from MPs for a voice in what is happening, perhaps of the sort provided by a guerilla campaign clogging up government functions. But he could do it.

The Speaker has form on this type of thing. In 2013, he allowed an unprecedented extra amendment on the Queen's Speech. The government of the day was outraged. He did it anyway.

Bercow plans to step down in the summer. So we have a Speaker who is on his way out, with little to lose, a track-record of pushing against precedent, presiding over a constitutionally-confused situation in which the government is depriving MPs of their voice at arguably the most important moment of the nation's post-war history. It's quite possible that he would go for it. It would certainly get him a place in the history books.

The fight is going to get nasty. The stakes couldn't be higher. If the government wins, it will have silenced parliament at a crucial moment for the country. We're about to find out if parliament really does have what it takes to take back control.

This piece is based on conversations with Maddy Thimont Jack from the Institute for Government, Jack Simson Caird from the Bingham Centre for the Rule of Law, Brigid Fowler and Ruth Fox from the Hansard Society, and others in Westminster who chose not to be named.