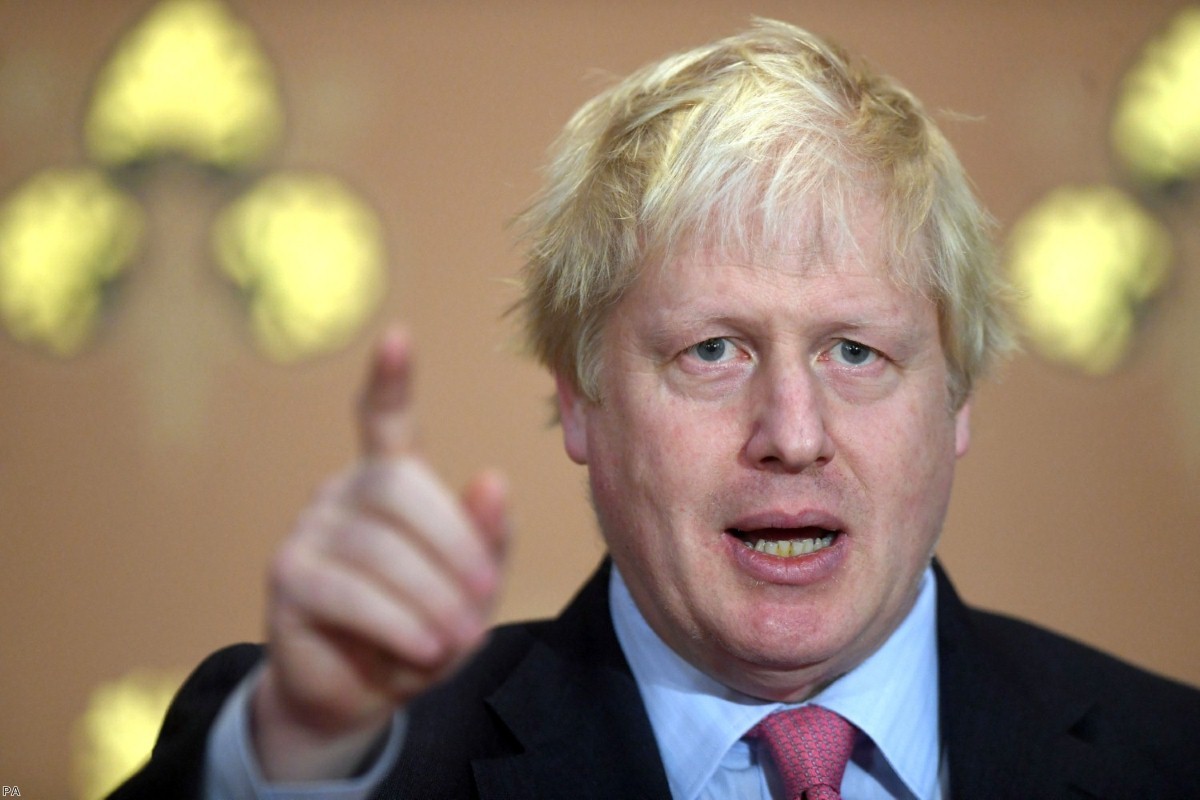 Another week, another intervention by Boris Johnson, this one intended to damage the prime minister as much as possible before the bloodbath that is Tory conference. A piece in today's Telegraph outlines his plan for a SuperCanada (he really calls it that) deal.

The proposals are chiefly remarkable for how garbled and confused they are, even on their own terms. He seems to be trying to show that the hard Brexiters have an alternate plan to Chequers, but in reality only demonstrates that he does not grasp even very basic concepts about the process.

Chief among these is the transition period, which Johnson wants to sabotage and retain simultaneously. It is a passage of very high-function doublethink, where he occasionally condemns ideas which he has promoted within the very same sentence.

A requirement of the Brexit transition is that nothing changes. It is a time extension mechanism, maintaining the existing rules while talks are conducted. He brands this "humiliating", but then shortly afterwards says it is "necessary to buy some time". How would we do that? Well, transition of course. But a transition that he then goes on to attack as "redundant".

It is "necessary" and "redundant" at the same time, in the very same moment. He can use it to show he has a plan and attack it as evidence of surrender within the same thought. It is a kind of perpetual Brexit motion machine, proposing things and condemning them as betrayal without the need for an external energy source.

The transition is in the withdrawal agreement, along with the £40bn divorce payment Johnson says we have agreed to pay for "nothing in return". Well, not quite. Elsewhere he admits "we will need it".

He then proposes we renegotiate it, removing all the bits we don't like before March next year. He does not offer any suggestions about what we would offer the EU in exchange for this.

Johnson's comments on Ireland are revealingly angry and spiteful. Although he was part of the government which promised it would not allow Brexit to cause any damage on the island, he seems to resent the way this has gotten in the way of his project.

He suggests the UK should have offered an "unobtrusive soft customs border in Northern Ireland", but instead we agreed there would be "no need for checks of any kind". This is quite a revealing passage. It is a significant downgrade from what was pledged. It shows that Johnson's chief annoyance is that Britain did not break its promise.

It is also a validation of the EU decision to put the joint EU-UK promise of no border infrastructure in the legal document, rather than a broader political one. It made sure people like Johnson were forced to actually do what they said they'd do. Of course, he chose to resign instead.

Whenever anyone writes about the borders you're always waiting for the line where they just admit that they'd stop searching lorries. It always comes eventually. In Johnson's case it arrives about halfway through when he suggests – incredible euphemism, this – a "sensible and pragmatic attitude to very local trade".

After an entire piece trying to wriggle his way out of the promises made on Ireland, Johnson then insists that "our EU friends" should agree to remove the Irish backstop from the withdrawal agreement and that we'll sort it out after Brexit. But don't worry, "both sides are committed to avoiding a hard border". The idea that anyone would believe him at this stage is preposterous.

Most of the rest of the paper is the standard basic error-strewn chuntering with which we've become so despairingly familiar. He attacks EU regulations as hurting the UK economy, demands we leave single market requirements on state aid and social and environmental law, and then, without blinking, insists we'll be able to "negotiate membership of the EU's aviation area" – a key part of the single market. The cake is stale and old but he scoffs it down anyway.

It is just lies upon lies upon lies, interspersed occasionally with a welp of anger at the fact that the EU is not allowing more lies to solve the problems created by the first lot. This isn't a plan. It is not even the idea of a plan. It is just a shriek of entitlement. His chief accomplishment is to make even the prime minister look good.