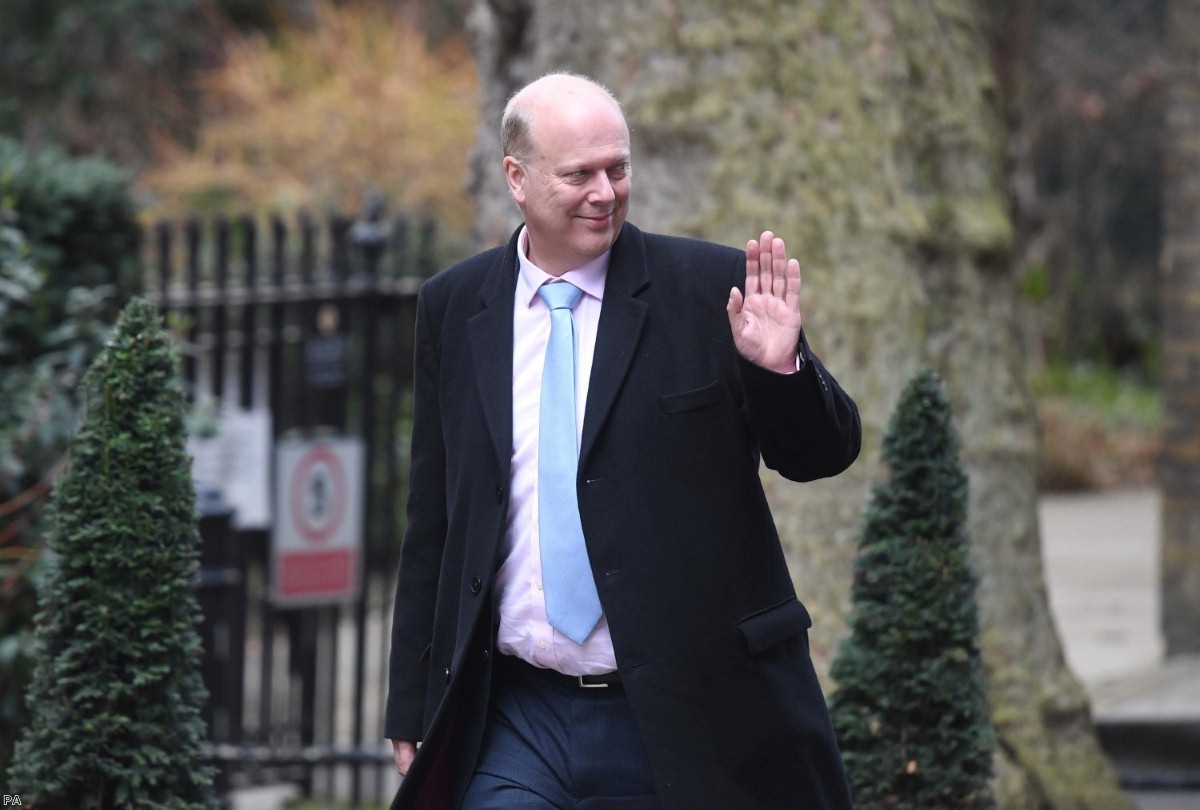 Whenever Chris Grayling is shuffled off to a new department, the cleaners come in. The new ministerial team shuffles into his old office and start sweeping up the mess. Take the Ministry of Justice. A while back, in the Halcyon days, before Brexit made everyone a Remainer or a Leaver and nothing else, Michael Gove became justice secretary. And he promptly and very politely dismantled half the things his predecessor had done. Now, the current holder of the post, David Gauke, is taking care of the rest.

Yesterday the government decided to terminate its contracts with private companies running probation. Grayling's attempt to privatise the service is being wound down a month after his Conservative colleague and chair of the justice committee Robert Neill branded them "a mess".

This shouldn't surprise anyone. Grayling was told these plans were a disaster when he first announced them. Probation officers’ unions told him, penal experts told him, users told him and journalists told him. He ignored them all.

He split the probation service into different units based on risk. High risk offenders stayed in the public service – this was around 30,000 cases. Medium and low risk cases – about 220,000 – went to private and voluntary firms.

It was not clear why he was doing this. Probation is difficult, but it was showing signs of success. It had got reoffending rates down to 34.2% after a decade of steady year-on-year decline.

By splitting the service, Grayling put that at risk. Ex-offenders often lead very chaotic lives and therefore have dynamic risk levels. They don't just sit in a risk category. They drift up and down depending on circumstances.

The best way to track this is communication between different agencies. A user may have a history of domestic violence but be currently low risk. Then the police get a call from a neighbour saying they heard shouting from their house. He'd now be medium-risk. But the probation service needs to get that information. You want to facilitate information flow, not fragment it.

By separating out probation into public, voluntary and private, for no apparent reason at all, and then creating arbitrary distinctions between cases and where they went, Grayling did the precise opposite of what experts advised, with predictable results.

He also made it harder to rehabilitate. Effective rehabilitation requires family connection and work, but to get there you need to deal with mental health problems, illiteracy and other issues. That requires joined-up services. Grayling went the other way.

Even the manner the policy was introduced descended into farce. Staff resisted going to private firms and had to be forced into doing so by literally having their names picked out of a hat. One email chain seen by Politics.co.uk at the time, showed staff at a probation trust telling an employee with 20 years of experience that he'd been selected by random lottery.

Grayling categorically denied this was the case. He wrote to Labour MP Toby Perkins: "You can raise it all you like. Selection was not done by drawing names from a hat. It was based on what the balance of work staff had been doing was."

But later, prisons minister Andrew Selous was left to admit the truth in a parliamentary answer. "In those few situations where neither process led to allocation, and only in the case of administrative support staff, then the guidance allowed for agreement on transfer to be reached on the basis of a random assignment process," he wrote. And so there it was.

It is a spectacle of inadequacy. An unnecessary reform, pushed through without support, enacted without decency, whose failings were covered up by its author, and which fell apart in precisely the way experts predicted, with a price tag of £170 million for the taxpayer.

And yet Grayling still sits in a top ministerial post, in charge of transport. If a worker in any firm, at any level, made those sorts of the errors, they'd be out the door. In Westminster, you barely notice it.