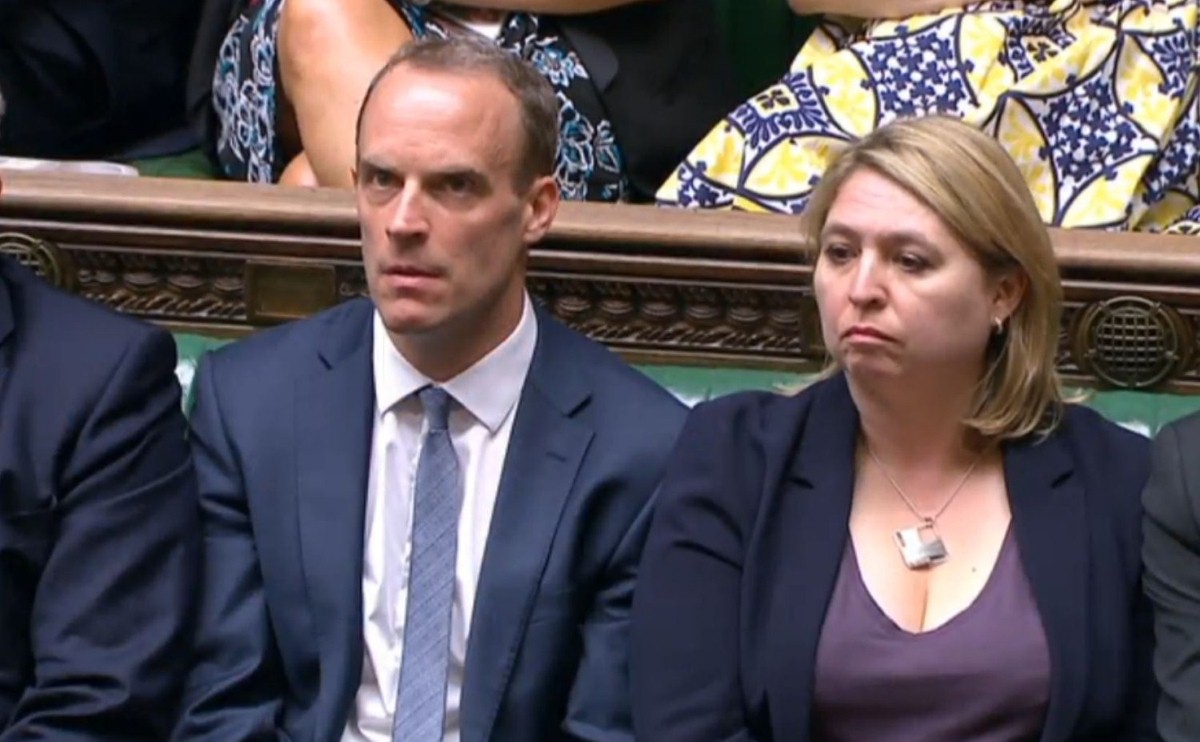 If this is all the government has for its Brexit white paper, we’re in trouble

So that's it. After two years the government has finally published a Brexit white paper. It runs to 104 pages but is full of so much muddled thinking, desperation and fantasy that they could have done it in five and saved us all a lot of time.

To jumble up the Brexit jargon, it is cakeism-minus. They have a cake, they have eaten it, some of it is still magically on the plate, and the rest is being vomited up on the floor.

At the heart of the Brexit white paper proposals – and of the whole future relationship negotiation really – is a simple question: who is in charge? The EU wants to remain the boss of how trade operates. The UK wants to have all the benefits of that trade, but also shared management rights. It won't accept the consequences of taking back control.

Theresa May has belatedly recognised the contradiction and accepted  a "common rulebook" which "would underpin the free trade area for goods". In reality, it is not a "common" rulebook at all. It is a European rulebook, which the UK will follow.

They go out of their way to pretend otherwise. The myth that this is some kind of partnership of equals features throughout the document, with constant references to how these plans would "reassure the UK and the EU that goods in circulation in their respective markets meet the necessary regulatory requirements". It's all nonsense. What this amounts to is that we are accepting that the EU retains its boss status when it comes to goods.

May hasn't signed up to the "common rulebook" on services, even though we're a services-based economy and this is the trade we're most reliant on. But even here, the pretend language of equality is smeared all over the document.

Take something called 'equivalence'. This is a mechanism the EU uses sometimes to say that bit of a non-EU country's economy is up to roughly the same standards as its own and they can therefore lower barriers to trade. It has one with the US, for example, on the use of clearing houses in derivatives trading.

The trouble with equivalence is that it is completely unreliable. At any time the EU can decide it's going to take it away and then, within weeks, the whole thing evaporates. That is not an acceptable status quo for a large modern economy. The white paper acknowledges this, saying the existing equivalence regimes "are not sufficient to deal with a third country whose financial markets are as deeply interconnected with the EU's". So they propose a "bilateral mechanism"  to discuss changes in the rules, with an expansion of "existing autonomous frameworks for equivalence".

In other words: cakeism. Autonomy and equivalence at the same time, mixed up in some magic new recipe they have not bothered to describe. Without any trade knowledge, you'd know that doesn't make any sense just by looking at the words. But the paper does not seem to have made any real progress in thinking through how these incompatible demands would operate in practice. It's not even really clear what they hope to achieve by it. The government acknowledges it can't have full passporting rights for financial firms, but doesn't state eactly what kind of rights it thinks can be secured.

It then tries to smuggle some other bits of the single market into the agreement. This is what the EU calls cherry-picking. It is a very fair description.

In aviation, where the UK has become a continental leader on the basis of the EU's liberal regime, it wants to maintain "reciprocal liberalised access" – or, in other words, to keep things exactly as they are right now. In energy, it holds open the possibility of staying in the internal energy market "to preserve existing efficient trading practices". And in nuclear industries, it wants a "close association" with Euratom, the regulator it foolishly left when it sent the Article 50 letter.

The pretence of an equal relationship reaches unprecedented levels when it comes to the section on arbitration – the description of a joint body for settling disputes. They try to pretend that this will be a new global political force, with the prime minister meeting EU figures biannually to "coordinate responses to new global crises". But the real business of the thing will happen at the technical joint committees underneath, which will discuss the new rules coming in and how they'll be implemented.

"The UK and the EU would notify each other through the joint committee of any proposed and adopted legislative proposals," the paper insists. But in truth this relationship will be one-way, as it is for countries like Switzerland or Norway, which also take on EU rules. Sure, they can wriggle around a bit on a technical level at the point of implementation. But no-one pretends this is an equal relationship.

Another section of this joint committee structure would deal with issues on equivalency. In both cases it sets up a complex process for what to do if a rule goes against the agreement, although it pretends this is also equal, and that there would be "a decision between the UK and the EU about whether the relevant rule change should be added to the agreement".

In reality it won't work this way. The EU will pass the rules and the UK will sign up to them. If they do not, there is an initial discussion, then a joint committee ruling on whether it's in the scope of the agreement, then a consultation, then "rebalancing measures" – a fine, in other words – and then finally, if all else fails, that part of the agreement would be "suspended".

Norway also has this power, under part 102 of the EEA agreement. It never uses it. The consequences are too stark. And that's because this is not an equal partnership – the EU simply has a bigger market than you. The attempt to ignore this fundamental truth is at the heart of most of the delusions in the paper.

Sprinkled about the document are occasional admissions of what the UK is signing up to. "While the UK would not have a vote on relevant rule changes," it says, "its experts should be consulted." That is a very significant step down from the days when we actually formed the rules ourselves. It also seeks to stay in several EU agencies, on things like aviation, chemicals and medicines, but "without voting rights".

Where problems arise, the authors of the report either refuse to acknowledge them or are unaware that they exist.

The EU's existing free trade agreements with countries like Canada, for instance, are protected by a Most Favoured Nation clause. This means that wherever they offer someone else a superior deal, they have to update it to make it just as good.

A section of the white paper on mutual recognition of professional qualifications skirts over this without addressing it. "The UK's arrangements with the EU should not be constrained by existing EU FTA [free trade agreement] precedents," it says. Do they recognise that this is precisely the problem? Anything offered to the UK must be offered to Canada, South Korea and others too. If they know this, they do not mention it, let alone grapple with it.

Once we get to the sections on the customs partnership, the white paper meanders into the most tedious form of sci-fi possible. Long sections describe the "tariff revenue formula" for how the UK would impose the EU's tariff requirements at its border, then work out where products were going on the continent, either as a "finished good" or "at the point at which the good is substantially transformed into a UK product". Good luck with that.

"Where the good’s destination is later identified to be a lower tariff jurisdiction," the paper says, "it would be eligible for a repayment from the UK government equal to the difference between the two tariffs." The sheer logistical complexity of this operation is beyond comprehension. The demand it makes of companies is similarly not worth thinking about. And even if it wasn't, why would the EU trust a foreign power operating completely outside of its legal jurisdiction to take control of its tariff collection? What exactly do they gain for all the lost revenue and lack of control it would entail? It is never explained.

But not content with applying one bonkers customs system, the paper then goes ahead and invents another. It takes the so-called max-fac model favoured by Brexiters, in which imaginary technical solutions are found to customs controls, and applies them to the rest of the world.

Quite quickly this descends into badly-written cyberpunk. "This could include exploring how machine learning and artificial intelligence could allow traders to automate the collection and submission of data required for customs declarations," it says at one point, as if the civil servant writing it got bored and just thought they'd chuck in as much crazy nonsense as possible.

"There will need to be a phased approach to implementation of this model," it states at the end. Yes, indeed there will. One that lasts from now until whatever point in the future they invent this stuff.

As a starting negotiating position, the Chequers statement was a real step forward. But to write it all down in a white paper as if it were a finalised model is fanciful and embarrassing.

If a paper like this was going to be published, they should have done so just before they triggered Article 50. That was the right time for it. It is the kind of thing you would expect to read as an opening position statement. But it is not acceptable for this to be height of their thinking now, with just weeks of negotiating time left.

It skirts over issues it needs to address instead of grappling with them. It pretends to be describing a relationship of equals when it is really acknowledging that the EU will make the rules. And it is criminally vague and deluded on matters which at this stage should be dealt with in specific and detailed terms.