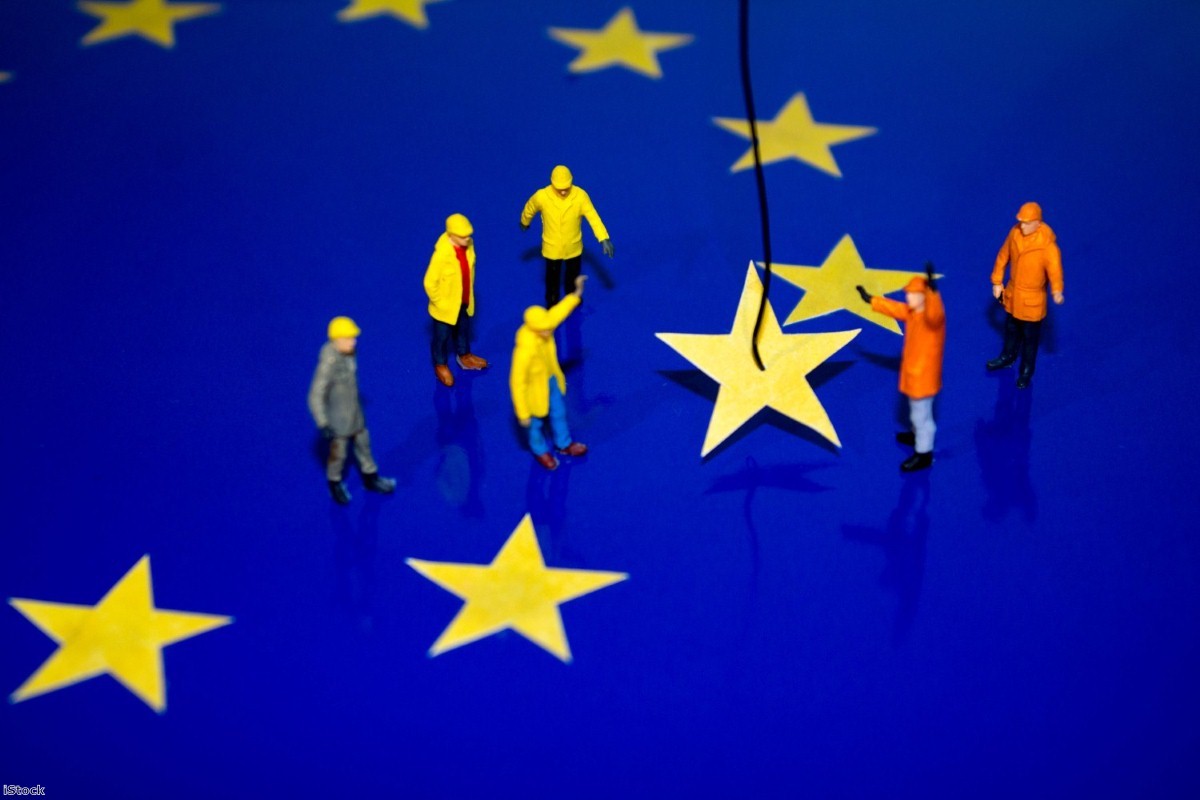 Week in Review: Was this the week Brexit fell apart?

It was a week in which a series of body blows left Brexit reeling. They came day after day. By the end of it, the project looked as vulnerable as it had ever done.

On Tuesday, Labour tabled an amendment to undermine a growing EEA rebellion. So far so normal, but the move had a secondary effect: by firming up Labour's commitment to unhindered trade with the single market, it made it nearly impossible to imagine the party voting for the final deal or abstaining on it. Slowly, Remainer pressure was forcing the opposition to actually oppose – and most importantly, to do it when it matters.

Thursday was dominated by the backstop proposal, a condition placed in the withdrawal treaty preserving an open border in Ireland in the event that Brexiters' preferred 'max-fac' model does not work, which it won't. David Davis, who seems to spend more time threatening to resign than doing the actual job he's threatening to resign from, once again had a strop with the prime minister. He wanted a time limit on the backstop. May knew that a time limit would not be acceptable to Brussels on the grounds that it would not be a backstop. It seems simple really, but it is still beyond the grasp of many Cabinet Brexiters.

He sat with her in a meeting while journalists looked on, frenziedly speculating. Then he left. Then he went back in again. It appeared he had been pacified. We all expected a time limit on the backstop. What emerged was a new nadir in the nonsense of Brexit land, a previously undiscovered valley of stupidity to add to the topographical survey. Downing Street produced a time limited backstop with no time limit in it.

A note had been quickly glued onto the end of the technical note. It contained a date, but next to it the crucial phrase 'expects'. "The UK is clear that the temporary customs arrangement should be time limited," it said. "The UK expects the future arrangement to be in place by the end of December 2021 at the latest."

Apparently this had been enough to buy Davis off. But it has no legal meaning. What the government happens to expect is neither here nor there, except insofar as it offers a useful indication of what will not happen. It is supremely dismissible. And it surely will be dismissed, as soon as it reaches Brussels. Even May described the choices facing the UK as between the "unacceptable" and the "unpalatable".

EXC: How Theresa May is selling today to her MPs pic.twitter.com/zNLkfBMjiW

In truth, the technical note suggested a slow movement towards endless transition. The Brexiters will never make their 'max-fac' solution work because it does not exist. That is the problem with impossible ideas. They're useful as a rhetorical device against opponents, but self-harming when people take you at your word and make them the condition for your project.

May's proposal effectively puts the whole of the UK in a customs union with the EU forever. And the follow-up paper will have to do the same with the single market too, given the way regulatory alignment works. The best tool Brexiters have against this eventuality is, funnily enough, the EU, which is not yet prepared to allow the UK into the agreement as a whole under this Article. The Brexiters had best hope it is better at making their case for them than their government is.

As if things weren't bad enough, Thursday also saw the Mail taken over by a Remainer. Brexit critic and Mail on Sunday editor Geordie Greig is replacing Paul Dacre at the daily paper. Some reports suggested that the paper's increasingly unhinged pro-Brexit agenda, which included portraying judges as "enemies of the people", was causing problems in the social circles of the Rothermere family, who own a controlling stake.

The Mail isn't going to turn into an #FBPE outlet anytime soon. If they've any financial sense they'll keep things broadly similar to where they are right now, given the paper does a very good job of speaking to the various paranoias of England's lower middle classes. But the new editor is likely to at least blunt the vicious Brexitiness of the tabloid. And the reactionary lodestar which May's political project is based around has been snuffed out.

Things continued to fall apart Friday as reports emerged of comments made by Boris Johnson at a meeting of Conservatives in which he warned Brexit was going off the rails. The foreign secretary's rhetoric has fallen a long way since the sunny days of the referendum, in which he promised a new land of milk and honey. "You've got to face the fact there may now be a meltdown," he said. "OK? I don't want anybody to panic during the meltdown. No panic. Pro bono publico, no bloody panic. It's going to be all right in the end."

Brexit's week of hell was capped off by polling showing a catastrophically low level of public support for the government's handling of the project. Seventy-three per cent of all voters and even 70% of Leave voters thought Brexit was going badly. Over at YouGov, opposition to Brexit  reached 47%, a record seven-points lead over the 40 per cent still backing it.

73% of all British voters and even 70% of Leave voters now think Brexit is going badly. https://t.co/RTmAUNGbj1 pic.twitter.com/b0pA6n4Rlh

Things fluctuate one way or another in a long political fight, of course. One good week does not mean Remain will triumph. Brexit is still more likely to happen than not. But the spectrum of the failures on show reveals something about the brittle weakness of the project.

The government has no story to tell nor principles it is trying to pursue, except for the daily drudgery of trying to keep the Conservative party together. They have no vision, no internal loyalty, no coherence, no competence, no public support and now, seemingly, no surreptitious backing from Jeremy Corbyn on the opposition benches. Things are falling apart. Brexit can't survive too many more weeks like this.