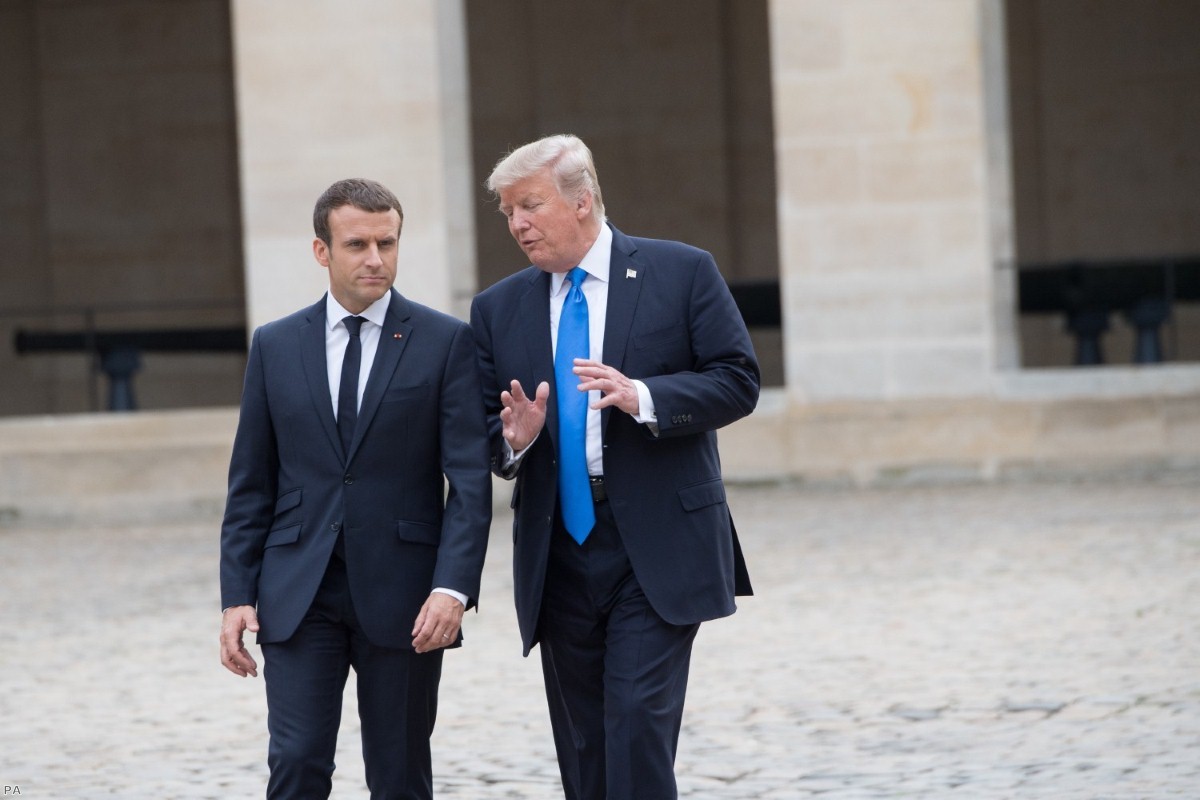 Confusion reigns on Syria but the moral lesson is clear

There are a couple of wearying trends whenever military intervention rears its head. The first is that everyone suddenly becomes an expert in foreign policy, despite mostly ignoring it the rest of the time. The second is the emergence of a distinctly male sense of excitement among some politicians, journalists and even generals. You could see it yesterday in Donald Trump's infantile tweet about his missiles being "nice and new and 'smart'." There's something really troubling about the boys-and-their-toys fantasies which permeate these debates.

You'd be forgiven for that alone putting you off military action. There is too little knowledge and too much macho posturing. The US president is a child and the situation in Syria is extremely precarious. The risk of accidentally triggering a conflict between Russia and the US while seeking to punish the Assad regime for the use of chemical weapons is significant.

Furthermore there is no public appetite for war, and realistically there hasn't been, in any conflict since Iraq. The store of national sympathy for foreign military adventures was utterly depleted by the lies which went into that campaign, and the manner in which it validated every criticism which was made of it in the run-up. Today's polling for the Times puts support for missile strikes at just 22%. And even that is down from the 25% who supported it in 2013, after the first chemical atrocity.

There are other reasons for caution. It would be naive to expect a full military plan to be presented to the public, but it is troubling that there is no detail whatsoever from the Americans, nor even much consistency between them and the French. What would this action do that last year's did not which might make it succeed where that failed? Is the intention to destroy stocks of sarin or chlorine, or merely the supply lines? If the former, what measures would be taken to prevent collateral damage? Is there any plan to target the delivery mechanisms? Are any non-military actions, such as bans of exports of certain chemical weapon ingredients, being considered?

Writing for this website earlier this week, chemical defence expert Dan Kaszeta outlined a list of possible approaches. It is telling that the standard discussion of this issue has none of that detail. In fact, it has no detail at all beyond the phrase "nice and new and 'smart'."

This provides plenty of reason to be wary and perhaps even to rule out military action. Most news stories are currently just vehicles for black-and-white binary opposition. Military intervention is now apparently bad in all cases, bar none. Donald Trump is a monstrous imbecile, so he must be wrong about literally everything.

But the situation in Syria deserves much more careful thought. That should not be on the basis of macho posturing or an instinctive desire for easy solutions, but on an anti-war basis. Sometimes, as counter-intuitive as it sounds, the mission to end all wars demands for military intervention to be considered.

Assad first used chemical weapons for a major atrocity in Ghouta, a rebel-held territory, in 2013, killing up to 1,729 people. It was the deadliest use of chemical weapons since the Iran/Iraq war. UN inspectors on the ground said there was "clear" evidence of sarin in a "well-planned indiscriminate attack targeting civilian-inhabited areas" and blamed the Syrian regime. So did several other governments, the Arab League and the EU. There was no military response from the West.

Since then, the reports of chemical attacks have grown. There are dozens of them, to the point where they could almost be called routine. In 2014, the Independent International Commission of Inquiry on the Syrian Arab Republic, set up by the United Nations Human Rights Council, said that several other attacks likely involved access to Syrian army chemical stockpiles. In 2016 a joint investigative mechanism set up by the UN and the Organisation for the Prohibition of Chemical Weapons (OPCW) blamed the Syrian government for two attacks and Isis for another involving mustard gas. They link at least some of the attacks during the civil war to the very top of the Syrian government – the president and his inner circle.

Of course, someone dying from a chemical attack may be indifferent as to whether it was due to sarin or artillery. There is a something undeniably strange and seemingly hypocritical about focusing relentlessly on one series of deaths in Syria when Saudi Arabia is able to bomb civilian areas in Yemen while still being given the red carpet treatment when Mohammed bin Salman visits Britain.

But the mechanism does matter. One of the chief goals of international relations is the eradication of war. Wherever we lose sight of that, we lose sight of what we are doing or the purpose of our actions. Until now, we had had considerable success in stopping at least one particularly grotesque way of waging war: chemical weapons. That much had been secured.

It is painful to go backwards. War is still happening, in many countries, We have failed to stop it. But we had at least limited one of the ways in which it is conducted. To reverse that accomplishment is a disaster. In 2013, after Ghouta, the red line was crossed, seen to be crossed, and resulted in no Western action. That has consequences. And those consequences are just as real as those which result from taking action. We saw them on our television screens this weekend. They are a moral affront to any civilised human value.

We should demand evidence from the OPCW investigators who are heading to Syria. We should demand at least the outlines of a credible and limited plan to dismantle the chemical weapons capacity of the Syrian regime. We should demand the kind of sober and adult approach to the situation which Trump is seemingly incapable of. And we should never dismiss the concerns of those who think that western intervention does more harm than good. More often than not, they are right.

But they are not always right. Military action does sometimes succeed and save lives, as it did in Kosovo and Sierra Leone. It can, in some cases, prevent a form of warfare from re-emerging. This may be one of those cases. We should not rule out military action as thoughtlessly as many hawkish politicians rush to engage in it.