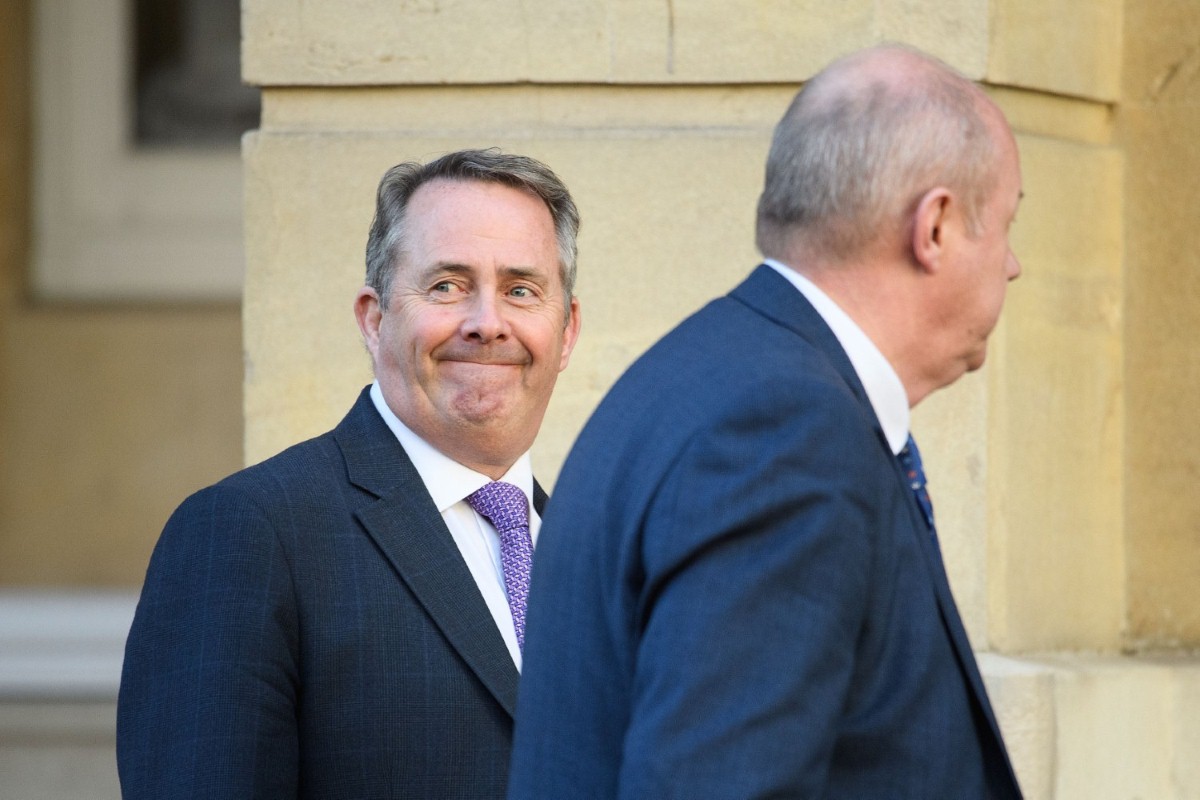 Less than two weeks ago, Theresa May made a speech which could have reset the Brexit talks. In it, she offered two things to Brussels: Firstly, to pay Britain's spending commitments as part of the divorce settlement and secondly to accept EU laws during a transition of around two years.

"During the implementation period access to one another’s markets should continue on current terms," she said. "The framework for this strictly time-limited period would be the existing structure of EU rules and regulations."

This is the only kind of transition available, because it keeps everything the same. Any variation from EU rules means goods are stopped at the border and the whole thing falls apart. This speech prompted the first positive response from Michel Barnier for some time. He emerged shortly afterwards from negotiations with David Davis to confirm that the offer had created a "new dynamic".

The speech was attacked by Remainers and viewed warily by Leavers. And of course it did consist mostly of waffle. But it was commendably pragmatic and made a concrete offer. She had started to edge towards a realistic negotiating posture, albeit a year later than she should have done.

Now it feels like the wheels are starting to come off, chiseled away by her nervousness, vacuity and poor judgement in colleagues. We're not there yet – she has so far just about managed to stay the course. But after a couple of days of conference she is wobbling.

Speaking on the Marr show on Sunday, May was unable to confirm that Britain would adopt all EU laws during transition. This is important, because it's only by making transition identical to the status quo that she has any hope of securing it.

What would happen if new laws came into place during the transition, Marr asked? This question was obviously sparked by Boris Johnson's stabby little political attack on the prime minister in the Sun, in which he demanded that the UK refuse to take on any new EU laws or European Court of Justice case law during the transition. This would de-facto make it impossible. Whether this is his intention or merely a side-effect of his ambitions is not clear.

The obvious answer, given the logic of May's own argument in the Florence speech, was yes. But instead of saying so she emitted a series of garbled words from which no conclusion could be derived.

"As part of the negotiation about what the agreement is going to be for that implementation period it will be important for us to look at how we're going to ensure that we deal with any changes that come through."

Marr was visibly irritated and asked her again to answer with a yes or a no. "The point is we're going into a negotiation," she answered. This was troubling. It meant she was starting to draw back the offer she had made to the EU just days before, or at least that it had many more caveats than anyone had anticipated. It’s in those caveats that her Cabinet headbangers can make transition impossible.

A moment later, you could see that what she wanted to say was that yes – we'd keep the laws. "We want people to have certainty during that period," she said, "so businesses can carry on with their businesses." Ignore the ugliness of the sentence and it's clear what the point is: for the transition to be remotely credible it must be exactly the same as the status quo. But May didn't have the bravery to state it.

This morning, her position was chiseled away a little further. Another of Boris' points on transition was that it must last two years and "not a second more". May was consequently asked on the Today programme about the timescale. She chuntered on for a while and then, referring to her Florence speech, stated: "It could be less than two years, in some areas".

It's true that she had opened the door to doing some things before the close of transition in the speech. This is not actually unusual in adapting to new trading arrangements. There's often a phased implementation. And indeed that’s the kind of language May had used in Florence, with a reference to bringing forward things like "new dispute resolution mechanisms" more quickly.

But there is a big distinction between that – introducing governance bodies ahead of when they go online – and carving out a bit of your society from EU laws. After all, this is only an implementation period in May's imagination. For anyone who has not taken the Brexit Kool Aid, it is clearly an extension of the negotiating time. In that context, the notion that anything would happen before the two years is up suggests bits of your economy could undock from Europe while the UK was still a member of the club. And that is not possible.

May is doing one of two things here. She is either being a bit clever and dressing up normal trade implementation flexibility as sovereignty issues. Or she is keeping open a space for her to make further concessions to her Cabinet critics.

They can clearly smell blood. This afternoon, Liam Fox walked onto the conference hall stage. "We will leave the European Union," he said, "and with it, the single market and the customs union, at the end of March 2019."

This went much further than May's previous hesitations. According to May's Florence speech, Britain will accept EU rules and their "existing structure" during transition. That obviously includes being in the single market and customs union.

Again, you can have a generous interpretation if you like. Perhaps, at a squeak, he'd be using the kind of legal formulation Labour's Keir Starmer likes. Technically, the arrangement Britain has at that point will be unlike any existing system. So you can just about justify saying we'd technically be out the customs union, on a strictly legal interpretation of that phrase, but this is hopelessly reductionist and has nothing to do with reality.

Fox isn’t the type to talk that way though. It's really not clear he understands legal reality at all. It took him months to realise that it would be illegal for him to do his job as trade secretary.

Let's be realistic. He is pushing, as Johnson was. He is contradicting the Florence speech. And why not? He has seen that you can push May off her line by pretending it doesn't exist.

They are all engaged in the same old game of active meaninglessness we have seen throughout the post-Brexit period. Johnson stood on stage today and promised that he backed "every syllable" of the May's Florence speech, despite having explicitly gone against it in his interview with the Sun. Now Fox professes support for the prime minister while attacking the principles of the keynote speech she made days earlier. They all act as if reality does not exist and words are of no consequence. This is a profoundly unhelpful approach to use with the EU, which is a highly legalistic, rules-based organisation.

The truth is that there are incompatible visions being put across here. May's vision is of transition under the terms demanded by the EU. These are the only terms available and the only road which avoids impoverishing Britain. The Fox/Johnson vision is of breaking free in March 2019, and then instantly falling off the cliff edge – a cliff edge we have done nothing to prepare for. These two visions are completely incompatible.

May has just about kept both her feet on the line she painted in Florence so far. But they are wobbling. Each time she gives ground – each time she concedes – the sharks draw closer. It's not clear she will be able to maintain.

Watching these dynamics is boring and frustrating. They are based on quite technical matters and involve extremely tedious personalities as the chief actors. But it's on the outcomes of these exchanges that countless British jobs depend.