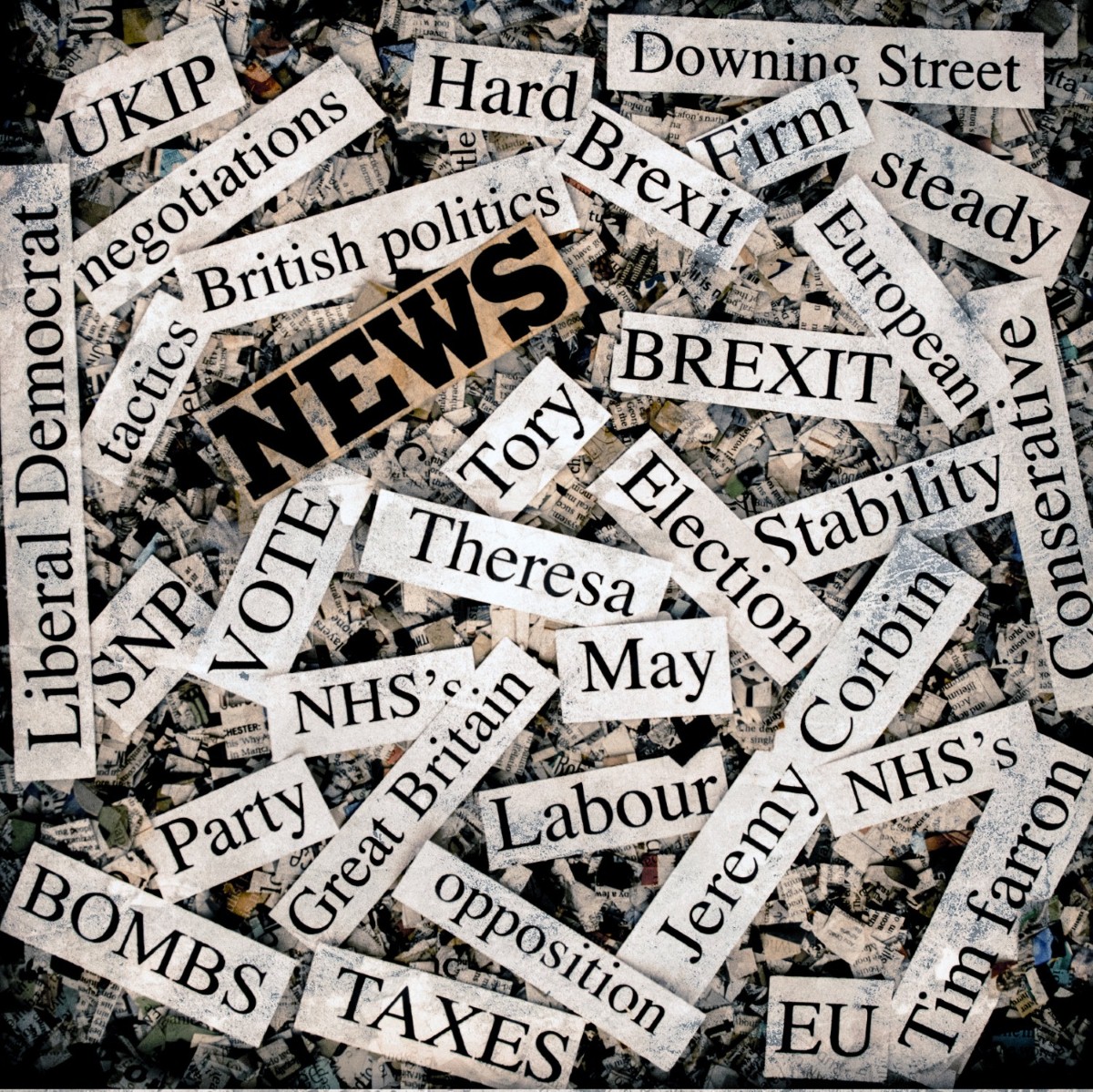 The polls are behaving like a wild horse trying to fling off a rider, but let's presume that on June 9th Theresa May wakes up as prime minister. What have we learned about how she'll handle Brexit negotiations from this campaign?

After all, she supposedly held the election to consolidate her negotiating position. In last night's debate she won healthy applause for her standard-issue Brexit mottos, like 'we're going to make a success of it' and 'no deal is better than a bad deal'. And she's right in highlighting how tough the talks will be. We are the junior partner, working to an impossible timetable, with limited negotiating capacity, on talks which cover almost every aspect of the economy and society, from how planes criss-cross in the sky, to drug laws, to veterinary practice, to customs checks. It is one of the single greatest endeavours ever undertaken by a British prime minister. So how will she do, on the evidence of the last few weeks?

The most troubling aspect of May's election campaign is the way that she is responsible for her own errors. They have not been due to forces beyond her control. They are entirely self-created. She called the election, out of the blue, after having seemingly made the decision on a walking holiday. Since then, it has appeared horribly rushed and mismanaged.

The Tory manifesto is almost completely uncosted. It is like a parody of what the Conservatives say Labour manifestos are like. Then, at its heart, was a catastrophic misjudgement on the dementia tax. This will have partly been the result of tight time constraints – albeit ones she has only herself to blame for. But it is also indicative of how May works. The party has no role. Not even Cabinet has a role. Otherwise relatively interesting political figures like Amber Rudd, David Davis and Philip Hammond have been turned into puppets of the leader's will. Only May and her two advisers have any role. You can sense the absence of all the people she fired, in a mad and arrogant rush, when she first became prime minister. All decisions are made in Downing Street. No-one else is consulted.

This type of control freakery has driven other prime ministers round the bend, the most recent being Gordon Brown. It is ineffective in terms of management, but it also creates bad policy on its own terms. It seems Nick Timothy, one of May's two chiefs of staff, inserted the dementia tax policy at the last minute without briefing Cabinet. And what happened then? A series of utterly predictable reactions from the press, from the parliamentary party and from core Tory voters. It was exactly the kind of repercussion you would expect if you had stress-tested the policy behind closed doors.That's why ideas get batted around before publication – to spot the weak points. May has sealed herself in her own echo chamber, with all the functional consequences which follow from that.

But then, mistakes happen. They will invariably happen during the Brexit negotiations, no matter who conducts them. It's how you respond that counts.

May responded catastrophically. Her press conference on Monday was one of the worst we've seen from a British prime minister in some time. She kept insisting that there had been no U-turn when it was obvious there had been. Her body language and tone were doing her terrible damage as she insisted, ever more desperately, that "nothing has changed". She had U-turned on a cap without being able to specify the level of the cap, all but guaranteeing that the issue would not be closed down and more punishing questions would follow. It was amateur hour.

She made other unforced errors. Promising a vote on fox hunting did not win her any voters who weren't already going to vote for her, but it will have reminded wavering Labour voters of what the Tory party used to be and sent many back into the arms of Jeremy Corbyn. The policy on free school meals may not have enjoyed as much press coverage as the dementia tax, but it causes outrage among some voters. You could see that much from the strong crowd reaction to comments on school funding during the debate last night. The manifesto policy to scrap a total ban on the ivory trade didn't get much coverage in the mainstream media, but received huge traffic on social media, among what we must presume are the types of voters most likely to respond to it.

Looking at data. A story the MSM genuinely didn't cover but was top Facebook topic and read by millions: Tory failure to ban ivory trading.

May also managed to directly make European negotiations more difficult and bad-tempered during the campaign. It started with her absurd claim that she had to hold the election to stop British Remainers blocking Brexit. It was almost pantomime in its silliness. She had literally just triggered Article 50, after passing a bill through parliament without any amendments. Little was made of this obvious lie at the heart of the election by the British press, who loved her authoritarian turn, but it was recognised in Brussels for what it was – an almost Trump-like statement of childishness and self-interest.

She did the same thing when she emerged from Downing Street to gravely warn the British people that sinister European forces were trying to undermine the election. Again, it was absurd. Again, the British press loved it. Again, it turned her into a laughing stock on the continent.

May wanted an election because she thought Corbyn was easily beatable. That was a completely reasonable decision for a prime minister to come to. But she did not have to deliver it in a way which poisoned relations with the negotiating partner she was about to enter into talks with. Nor, for that matter, did she have to time it so that it reduced our time for negotiation. If it was so important to strengthen her position with an election, she should have done it before Article 50 had been triggered and the clock started ticking.

And then, finally, there is the general tone and messaging of the campaign. May wanted to run as 'strong and stable' next to Corbyn. But she was not prepared to live up to the slogan. She dodged TV debates. She avoided the press. When confronted with angry voters or hostile journalists, her face quivered. You could see it affect her. You could see how desperately she wanted to be somewhere – anywhere – else. She is simply not strong or stable enough to be pursuing an election strategy defined by those terms. What was effective at the start of the campaign has now become a stick with which to beat her. Strong and stable is her version of John Major's 'back to basics' slogan. It's a permanent unhelpful comparison to her day-to-day behaviour.

May still retains public support, but people know nothing about her. So when the headline description starts to disintegrate she has no other relationship with the public on which to fall back. That partly explains the speed of the disintegration of the Tory poll lead.

So what can we learn about May's negotiating tactics over Brexit from the way she has handled this election? She makes spur-of-the-moment decisions for which she has not prepared. She is a control freak who receives too little advice from outside her immediate circle. She pays insufficient attention to limitations in her operational capacity. She does not stress-test ideas before implementing them. When the ideas then fall apart she quickly capitulates, but even then is unable to halt the bleeding. She U-turns in a way which maximises the humiliation but does not close down the issue. She makes promises which will do little to benefit her but which make her disproportionately vulnerable in other areas. She diminishes her reputation with the very people she most needs on side in order to placate those who she already has on side. She adopts a strategy upon which she is unable to deliver.

Theresa May's election campaign has been a collection of unforced errors. What's most concerning is that this is how she performed against Corbyn. The entire reason this election is taking place right now is because he is such a weak candidate. How will she do when she is facing a much larger, more powerful, better prepared opponent? On the evidence of what we've seen so far, there is ample reason for concern.