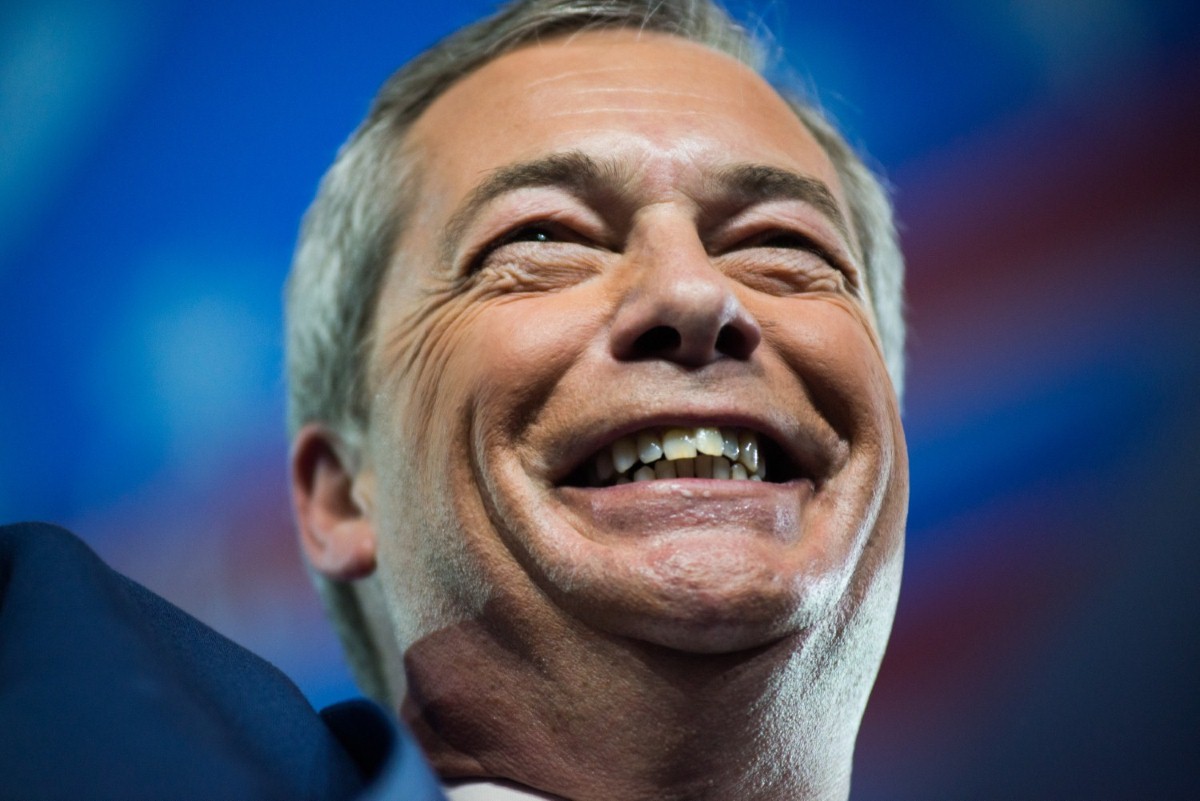 It's early stages in the local election declarations but one thing is clear – the Conservative party has taken the Ukip vote wholesale.

Ukip is dead. But in reality it is more powerful than ever. It has transcended its physical body and its soul has entered the Conservative party. Its spiritual victory required the end of its physical form.

This has been happening for a long time. Theresa May opened the last Conservative party conference by announcing a hard Brexit outside the single market and the customs union. Then the party unveiled plans to phase out foreign doctors, cut down on foreign students, jail landlords unless they check tenants' residency papers and 'name and shame' firms for hiring foreign staff. The prime minister ended the gathering with an attack on "citizens of nowhere".

Since then, May has cultivated the nativist vote assiduously.  She has nurtured the narrative of an enemy within – sometimes the Lords, sometimes Labour or the Lib Dems, sometimes judges, sometimes citizens of nowhere, sometimes journalists or liberal elitists – who are trying to stop Brexit, but who, more than that, are fundamentally incompatible with the reality of what it is to be British and decent and hard-working. She has encouraged talk of 'the will of the people', as if the nation spoke with one single voice on all matters – a harking back to a 1950s when everyone came together and thought the same and looked the same. She has promoted the idea of shadowy foreign forces out to undermine the UK. She has traded in a narrative of imagined British victimhood.

This is straight out the Ukip handbook. It is not just the policies she has stolen, but the tone, the storyline, the emotional tenor of how Ukip thinks about itself and its country.

This has proved extremely beneficial to May. She has united the right under Brexit. But that is a domestic recalibration of support. It has no contact with reality. The real danger does not come now, but when that type of vision clashes with the real world. Because the key aspect of Ukip's policies and their narratives remain: They are wrong and they are mad.

Critics of the approach May has taken to Brexit may be aghast at these results, but they should remember that May has achieved it merely by extending the period in which she can avoid reality. She has now managed to expand this period directly into the Article 50 period – a deeply irresponsible waste of limited negotiating availability which she has not been at all pulled up on due to the obedience of the Brexit-supporting press. But reality is coming on June 9th. The nature of the problem May is facing has not changed, there is no evidence she is up to handling it, and the Ukip image she has adopted will actually make it harder to triumph.

May has an impossible task in these talks. She needs to show they will be a success, but Europe must show they are not. So Britain faces either no-deal or a bad deal. There are no other options. Even the Brexiters barely pretend otherwise. Their rhetoric was swung very quickly from a world of endless promises to one in which they daily insist how comfortable they are with WTO terms.

The bad deal, which is all Europe is prepared to offer, will make May look weak and ineffectual, beaten by Brussels bureaucrats on the budget, on EU citizens' rights, on trade arrangements, on the nature of the transitional deal. The no-deal outcome would be catastrophic, a national humiliation on the scale of Suez.

Either way, she has promised a lot and shown no ability to deliver on it. The British-victimhood-against-tyrannical-Europe shtick may be doing her wonders at home – and God help us, we should ask ourselves what happened that this type of sub-tinpot dictatorship babble now makes for a compelling message in this country – but all it does is poison our partners against us while adding seats to a majority which, despite what she says, will provide no further leverage in negotiations.

Even if it didn't put backs up, her Ukip-inspired siege mentality rhetoric remains strategically inept. The Europeans leaked a lunchtime chat to a German newspaper. Big deal. Worse things happen in Westminster by Monday afternoon. The leak – far from being intended to affect the UK election – was sent to a German newspaper and not picked up on until a British reporter read and tweeted it. May had a range of possible responses, but she went full nuclear, standing outside Downing Street warning of a foreign plot against Britain.

So what does she do next time there's a leak? Pull the foreign plot angle again? There's no higher level  of rhetoric to go for. She has simultaneously aggravated her partners and limited her future responses. And that is just one of the strategic errors she has committed before talks even begin. The emotional victimhood rhetoric of the Ukip right has proved to be highly seductive to the British electorate, but it is totally counter-productive when it comes to actual trade talks.

Whether it's no-deal or a bad deal, the hope and faith May is currently amassing is about to be pulverised. Where does it go then? That is what critics need to ask themselves. The question is no longer what happens on June 8th. It is what happens when a Ukip prime minister meets a better prepared, better organised, better briefed negotiating partner who deals in real-world outcomes rather than nationalist bedtime stories.

Ukip is effectively in power. We are about to find out just how catastrophically unhelpful its programme really is.