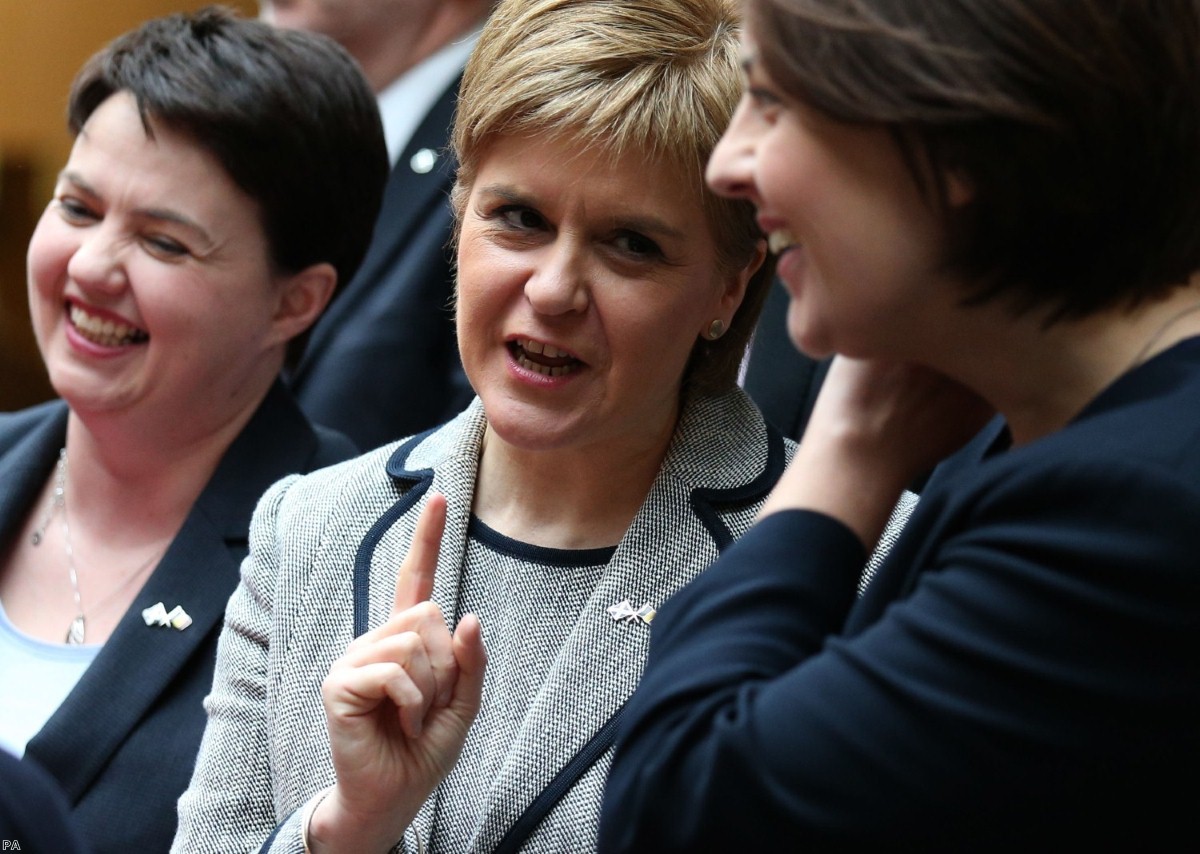 Back in the late 90s, shortly after the Scottish Tories were wiped out in the 1997 Labour landslide, Sir Malcolm Rifkind used to make a little speech in which he claimed that up to 40% of Scots voters were potential Conservatives.

It seemed far-fetched at the time, but judging by a couple of opinion polls at the weekend the former MP for Edinburgh Pentlands might have been on to something. In the first indication of how Scotland might vote, Survation put the Scottish Tories at 28% and Panelbase on 33%, figures the party last managed more than three decades ago.

Of course, polls are polls, and senior party figures are rightly treating them with caution, particularly an extrapolation by Professor John Curtice that gives the party a dozen seats, which would amount to 11 gains on their present tally of just one (Scottish secretary David Mundell). At the same time, however, it puts in play constituencies last held back in 1992.

There are a few things going on here, but all inter-related. First, it seems the Scottish Conservatives are finally detoxifying their brand nearly 27 years after Margaret Thatcher left Downing Street. Their current leader, the untypically-Tory Ruth Davidson, helps in this respect, while the collapse of the Scottish Labour Party has sent thousands of voters searching for a credible alternative.

Scottish Tories currently campaigning for local government elections on May 4th tell stories about encountering long-standing Labour voters in local authority areas not exactly known for being friendly to Conservatives and who now declare their intention to vote for "Ruth" and the Tories. Basically, their hatred of the SNP, Nicola Sturgeon and the idea of another independence referendum has trumped their historic hatred for the "effing Tories".

And that's the key: independence. Since the 2014 referendum Scottish voters have been increasingly polarised along constitutional lines, with supporters of independence generally backing the SNP and opponents increasingly coalescing behind the Conservatives. This didn't happen at the last UK election in 2015, but did begin to manifest itself at last year's Scottish parliament election, when the party became the main opposition party. Now, that revival looks set to continue on May 4th and June 8th.

Interestingly, the SNP wasted little time last week in framing the election in Scotland as a "two-horse race" between them and the Conservatives, a line repeated by first minister Nicola Sturgeon in her speech to the Scottish Trades Union Conference in Aviemore yesterday. Privately, Scottish Tory strategists are absolutely delighted by this, for that dynamic suits both parties, driving generally "Unionist" voters (be they Tory, Labour or Lib Dem) towards Ruth Davidson and generally "Nationalist" voters (be they SNP, Labour or Lib Dem) towards Ms Sturgeon's party.

But, aware that the prospect of a second referendum plays badly with even moderate "Yes" voters, the SNP will spend the next six weeks playing down the independence dimension while the Tories place it at the centre of their campaign, an attempt to turn the general election into a referendum on a referendum. In doing so, the Conservatives have simply rolled two campaigns into one, declaring: "We said No. We meant it."

There is an irony in all of this: anti-Toryism is practically part of the SNP and independence movement's political DNA, yet the first referendum in 2014, and especially the prospect of another in two years' time, has provided the impetus for a Scottish Conservative revival which could deprive the still mighty SNP of several seats come June 8th. Sir Malcolm should be proud of his electoral foresight.