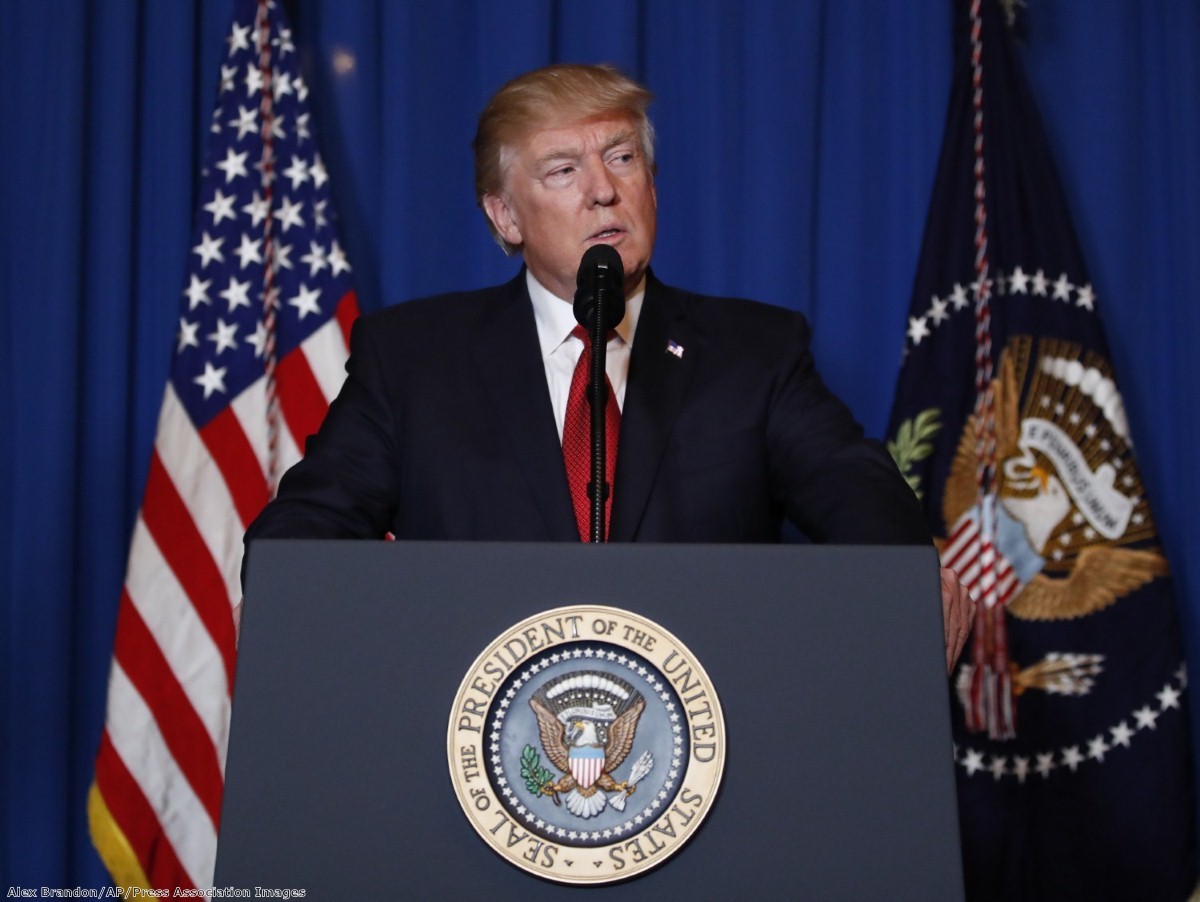 Week in Review: When the world was turned on its head

Three extraordinary things happened this week. Donald Trump stood up to Russia. Theresa May backed freedom of movement. And Jeremy Corbyn behaved like a decent opposition leader. It was a week in which everything was turned on its head.

Trump authorised a strike overnight using Tomahawk cruise missiles against the al-Shayrat airbase near Homs, where Syrian government forces are thought to have launched a sarin nerve gas attack on the rebel-held town of Khan Sheikhun earlier in the week. It is an astonishing thing to have done. The US president previously appeared to have given Bashar al-Assad free rein to do whatever he liked in his territory and be entirely under the control of Vladimir Putin.

Now it is clear that he is more chaotic and unpredictable than we ever expected. Some believe he is launching this attack to distract from his domestic woes, or to show that he is independent of Russia. Or perhaps it is as he says and he saw photos of dying children and decided to do something. Any of these explanations is as convincing as another. He is that hard to read. My current instinct is to take him at his word – not because he is honest, but because he is too stupid to construct and pursue a strategy. But other interpretations are equally valid. Politics has become armchair psychology.

This course of action is fraught with peril, especially under a president who seems to lack intelligence, concentration and often reason. Trump is not the man you want in charge when things get delicate in a complex geo-political conflict involving Iran, Russia, a variety of Islamic extremist groups and shifting realities on the ground.

But one thing must be said: When Assad launched that strike last Tuesday he thought he could use chemical weapons with impunity. When he first did this, David Cameron failed to get demands for a military response past Ed Miliband in the Commons. Barack Obama also failed to take action. There were no consequences. Now there are. A red line on chemical weapon use is being made firmer, not gradually smudged out.

It also showed a fundamental break between Trump and the so-called alt-right camp, who are a mixture of hard-right, far-right, outright fascists, white nationalists, and lonely frustrated young men. They lashed out instantly against their hero, astonished that he would let them down by breaking the global far-right alliance with the Kremlin. It is telling that this took place just after Steve Bannon, formerly of alt-right website Breitbart, was removed from the National Security Council. Again, the schism is very welcome, even while we are wary of of what it might entail.

Meanwhile, May was suddenly making very liberal suggestions on free movement. Speaking to journalists, she strongly implied she'd be open to maintaining freedom of movement during a transitional phase. We can expect her to also maintain European Court of Justice jurisdiction during this period.

This is a very significant development. We know the trade deal with the EU won't be finalised by the March 2019 Article 50 deadline, so the key question was about what transitional arrangements the UK would accept to maintain tariff-free and frictionless trade with Europe and prevent the regulatory and legal chaos of a chaotic hard Brexit. There is simply not enough time in the Article 50 process to negotiate a complex transitional deal and it is unclear that Europe would be willing to engage in that discussion even if there was. They have made it clear: sign up to the rules on free movement and the rest and we'll offer a limited period of transition under current arrangements. Don't and we won't.

Most presumed this would be an impossible sell back home among hard Brexiters on the Tory benches and Fleet Street. That contradiction between EU demands and Brexiter stubbornness was seen as the most likely crisis point in the talks. It was the expected hill on which plans for a deal would die. In fact, the attitude among hard-Brexiters has been remarkably, even spookily, restrained. May has tested the waters on capitulating to EU demands on transitions and it seems to be surprisingly warm. If this spooky restraint continues, it means Britain may well maintain current EU arrangements over the next five years at least, even while its legal status in the EU changes. It removes a significant amount of the risk from the process and offers a glimmer of hope that cooler heads might be finally prevailing in government.

Finally, Jeremy Corbyn announced a policy which was clever, supported by the public and chimed with voter's natural instincts about the kind of thing Labour should be doing. He proposed introducing free school meals for all primary school pupils by applying VAT on private school fees. Not only that, but a media event showing him joking around with pupils in a school went very well. Unlike May, or David Cameron, or George Osborne, Corbyn looked good and natural in front of the kids. They seemed to find him funny, in an amiable sort of way. He spoke to them like he would an adult, without patronising them or looking like he wanted to hide under the floor.

You could see the effect on the government instantly. May's response was to trot out her old line about how Labour would "bankrupt Britain". It was useless. She simply wasn't used to actually having to respond to Labour policies, let alone potentially popular ones. Corbyn's critics in the press looked equally absurd, characterising the Labour leader as a dangerous and nasty class warrior over a policy which would give children free food. Yesterday, Corbyn's team were walking around, for the first time in a long time, with a smile on their face.

It is hard to feel upbeat about things which you think will be disastrous. Undoubtedly a Trump presidency, Brexit and Corbyn's leadership are disasters. They are disasters in terms of their outcome but also the manner they are conducted. This week there was a glimmer of light on the latter aspect, even if the former remains appalling. That much, at least, is to be welcomed.