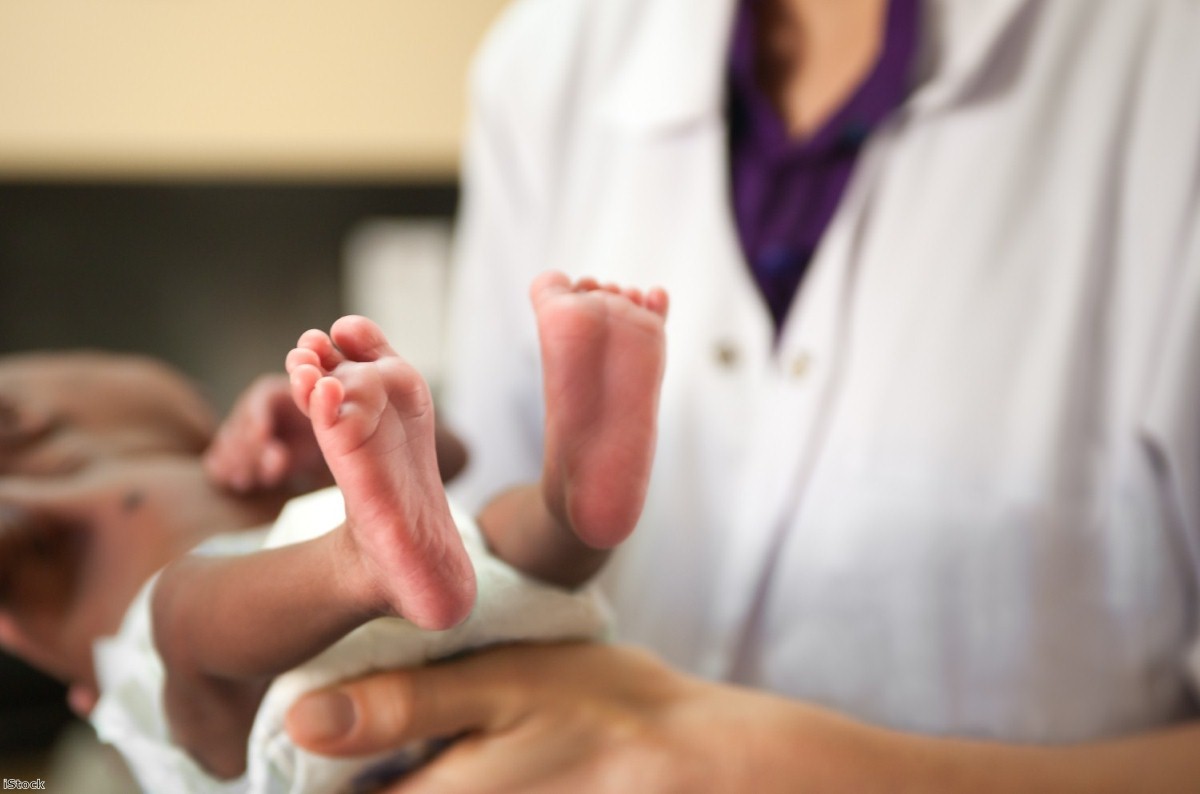 It takes a very particular type of person to watch footage of a woman grieving for two babies and fret first of all about the cost to the NHS. And yet when the Sun splashed the details of this story across their front page this morning, this is exactly how they wanted us all to think. They wanted to provoke anger against immigrants.

The headline reads: "500k health tourist, quad mum jets in for NHS care". It's worth pointing out here that she didn't intentionally jet into the UK for NHS care, as the Sun itself admits once you get past the hysteria on the front page. After being told by her doctors in Nigeria that it wasn't safe for her to give birth to four children in her home country, she travelled to America where she has family. But according to the Sun she was turned away as she didn't have the correct paperwork and ended up going into labour on a flight from Chicago to Heathrow on her journey home. She was rushed to a London hospital. Two of the babies died. The other two survived.

Two babies died and this is how the Sun covers it. pic.twitter.com/LimSp0GuzV

What would the Sun have preferred? For staff on board the flight to ignore what was happening? For the woman to have been wheeled through Heathrow while in labour and put on the next flight back to Nigeria? For medical staff to let those children die without even trying to help? Because that is what this comes down to. We either accept that a small number of cases like this will cost the NHS or we turn people away and let them die because they're not our responsibility.

The estimated cost of so-called 'health-tourism' is low, at just 0.3% of the overall NHS budget. The human cost of the type of rhetoric used in the Sun and spouted by the likes of Nigel Farage, however, is very high. When people avoid seeking medical treatment because of a fear of cost or immigration checks, it can have devastating consequences. Politics.co.uk has previously reported how a man in the UK died after being too afraid to visit a doctor incase he was deported, and how a woman with breast cancer refused to seek treatment for the same reason.

The charity Doctors of the World, which runs a clinic in London to help undocumented migrants access healthcare, says that many of the pregnant women who attend their clinic are receiving antenatal care much later than is recommended. Cost was often cited as the primary reason.

The organisation carried out a study on the health outcomes of a group of these women and their unborn children. Just 38% of the women included in the study had their first antenatal care booking and blood screening appointment within the first trimester, as recommended by Nice guidelines. The rest booked late, with 34% accessing care at more than 20 weeks gestation.

Two of the women included in the study went on to lose their babies. One gave birth prematurely at 28 weeks and her baby died from an overwhelming infection. She was billed £2,620 for their treatment. The second woman, who had only had three antenatal appointments, lost her baby at 42 weeks gestation. She was charged £1,500.

The fear and anger newspapers like the Sun try to stir up over this issue has been commonplace in the rightwing media for years. If we're not being told that people are flooding to the UK to rip off our health service, then we're being warned about all the foreign rapists and terrorists walking our streets. When we talk of the rise of the alt-right and websites like Breitbart, we should remember that they are only thriving now because the likes of the Sun paved the way.

Instead of letting them win and feeling the rage they so clearly want us to, we should feel proud. Proud that we live in a country where the health service, despite all of its challenges, will fight to save the lives of people no matter where they come from.