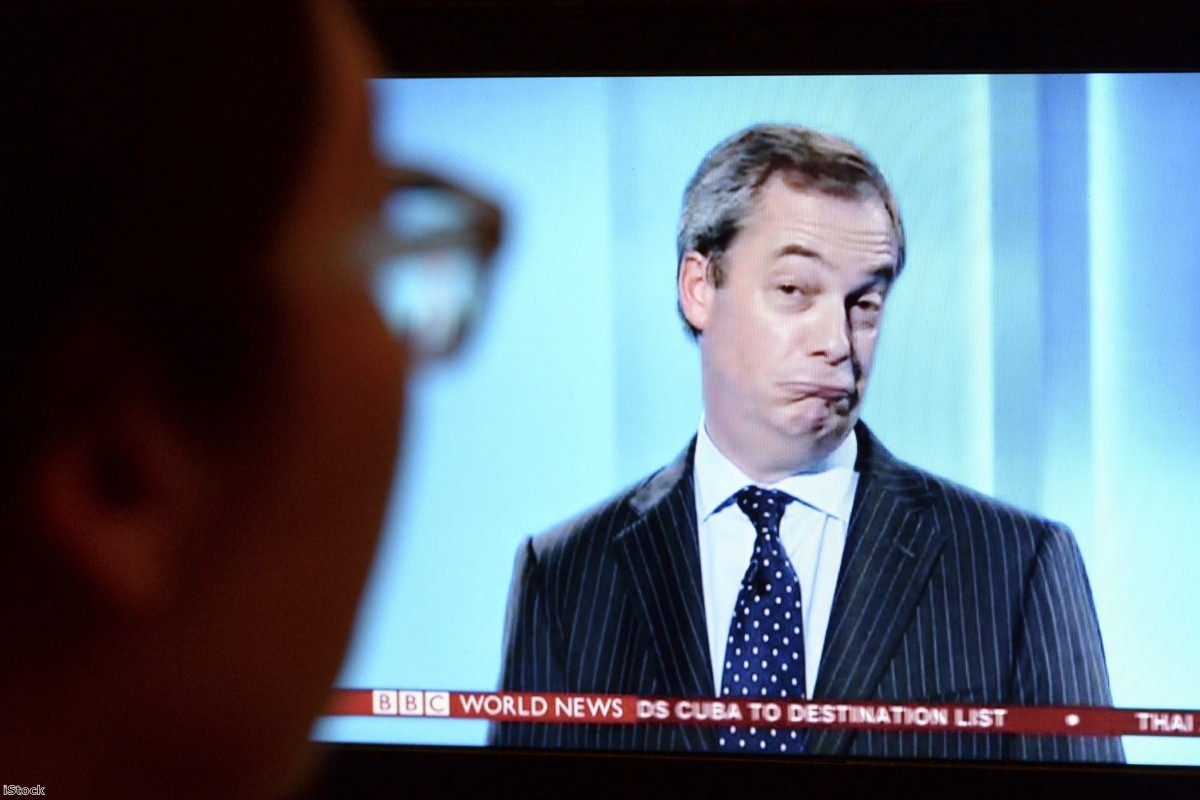 At a time when political attacks against the 'liberal elite' are more popular than ever, those leading the charge couldn't look any further removed from the people they claim to represent.

First came the photograph of Nigel Farage and Donald Trump grinning from ear to ear, while stood in front of a gold plated lift. Then we had Theresa May at a white tie event at Mansion House talking about how the "new global elite" are playing by a different set of rules. All while enjoying red wine costing £300 a bottle.

It was a great honour to spend time with @realDonaldTrump. He was relaxed and full of good ideas. I'm confident he will be a good President. pic.twitter.com/kx8cGRHYPQ

It would be understandable to wonder if these ironies were missed on May, Farage and Trump. But this isn't about a lack of awareness. It's a deliberate attempt to divide the left and at the same time, remove themselves from any of the anger or blame which might otherwise come their way.

Using the term 'liberal elite' pits the left against each other. Rather than left-leaning working class people aiming their frustration towards the establishment as a whole, they are being told that it's just the liberals who are the problem. Never mind the fact that bankers caused the crisis which has led to so much of their suffering in recent years, or that it was Conservative ministers who imposed the cuts that inevitably fell hardest on their communities. The problem, they are told, is actually with those middle class lefties who claim to be on their side.

Railing against the liberal elite allows the likes of Farage and May, who couldn't be more part of the establishment if they tried, to point the finger of blame at someone else. They're not part of the problem, they understand the concerns of 'real' people. It's the others who are out of touch.

Of course, the people they describe as the liberal elite are, in reality, just anybody who doesn't agree with them. My mum, who lives in a housing association bungalow and lives off a state pension, will be surprised to find out that she is part of this exclusive club. After all, she voted to remain in the EU, and is no fan of Farage or Trump.

It's no accident that those crying loudest about the 'liberal elite' are those with the greatest privilege. Former Tory chairman Lord Ashcroft recently tweeted:

"A similarity between Trump and Brexit is that the media and political elite cannot believe a reasonable person can vote for Trump or Brexit.

This was a Tory peer, former tax exile and billionaire talking about the political elite as if he was no part of it. And he's not the only one. During the Brexit televised debates, Boris Johnson spoke of an "elite frankly indifferent to the pain that their policies are causing". You'd be forgiven for thinking he was speaking about his own party and their austerity measures, but actually he was referring to the EU.

It's not often that the right celebrate a perceived victory of the working class. But with Brexit and Trump they have been falling over themselves to talk about the working people who have risen up against the political elite.

It's undeniable that the working class played a part in both wins but so too did older people and many of the wealthy middle class.

And if or when it all comes crashing down and the working class are hurt more than most, they will be told by those same people who claim to speak for them now, that they knew what they were voting for and that they will now have to sacrifice a little to get where we want to be. And when that happens there will be no more talk of standing up for the people at the bottom of the ladder.

The likes of Nigel Farage and Donald Trump are no more 'men of the people' than Danny Dyer is part of the landed aristocracy. They are cynical chancers who are using the language of the left in order to further their own barely disguised right-wing political agenda. They shouldn't be allowed to get away with it any longer.