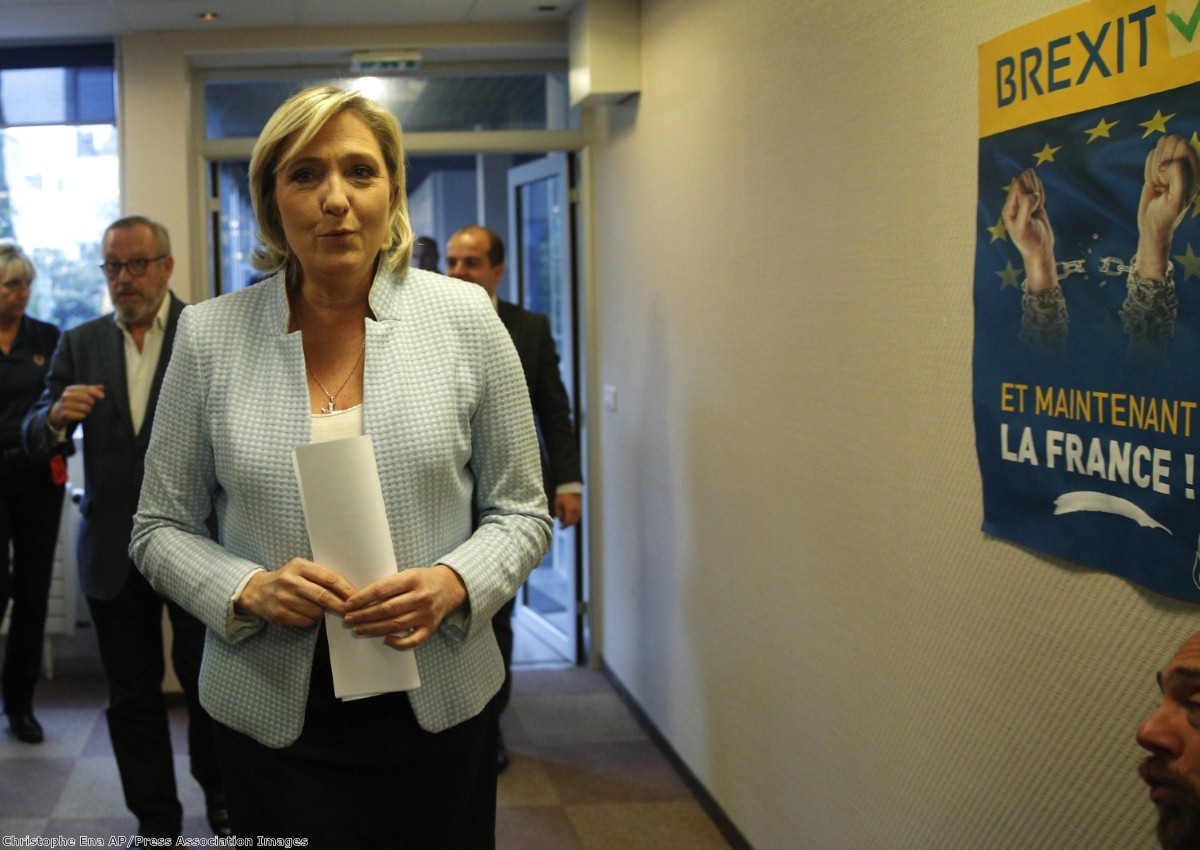 The BBC is doing the far-right’s work for it

The far-right has rebranded itself and then carried on with the same old horror.

Not so long ago – just a handful of years really – the far-right was still the BNP and the EDL. You knew them by sight: vicious, broken men with dead eyes.

Now the far right are slowly taking over control in Britain and the US. But they talk without ideology now. They are infinitely more canny, nimble and internet-literate than they were before.

Stephen Bannon, executive chairman of Breitbart News, has been announced as Donald Trump's chief strategist. The Breitbart site runs a white male power message, which it dresses up with post-ironic sarcasm. It literally has a section entitled 'black crime'. Its readers are encouraged to hound and abuse prominent women on social media.

When Nigel Farage went to visit Trump this weekend he took with him Raheem Kassam, editor-in-chief of Breitbart News London. Kassam was also briefly in the running to be Ukip leader until dropping out last month. One of the chief qualities of the breed of alt-right journalists is how quickly they slide into political roles and then back out again.

Bannon's appointment confirms that Breitbart is now in de-facto control of the Trump White House. But how did the BBC report it? They called him a "right-wing media chief", who ran a "combative conservative site" with an "anti-establishment agenda" whose "critics accuse" it of xenophobia and misogyny.

Call a spade a spade for fuck's sake. This is how you walk headlong into fascism. pic.twitter.com/BMQCQzH0Vn

Notice how that's framed. The BBC uses its own voice to say the site has an "anti-establishment agenda", even though this phrase has proved to be hugely electorally beneficial in recent months and despite the fact that it is not an accurate way to describe the kind of politics it promotes. But the accusations of xenophobia and misogyny, on the other hand, are relegated to "critics accuse".

To say Breitbart is conservative is an insult to conservatives everywhere. It is engaged in racial identity politics. That is not conservatism. To call Bannon merely "right-wing" does nothing to tell readers what this man is. Ken Clarke is right-wing. George Osborne is right-wing. Using a phrase which we associate with these types of figures for Bannon legitimises him, whitewashes him, excuses him and libels anyone else who might associate themselves with it. And to use unquestioningly the phrase "anti-establishment agenda" is to adopt wholesale the far-right's new rhetoric.

There are many similarities between Brexit and Trump, but the triumph of the anti-establishment candidate in a political culture sick of the status quo is perhaps the most electorally notable. And yet, there is nothing anti-establishment about them. They want to consolidate power for the people who already have most of it. They have their picture taken literally in a gold lift. Farage was a commodities trader, Trump a billionaire who inherited his father’s cash. Why is the BBC using their own descriptions for them? After all, it uses the phrase "so-called Islamic State". It can use, at the very least, "so-called anti-establishment" as well.

The weak performance of the national broadcaster is recent months is a disappointment. The BBC is wrongly criticised every day. It does a commendable job trying to achieve an impossible task. Its reward is to be labelled liberal by conservatives and right-wing by progressives, because the only similarity these critics have is a sense of their own imagined victimhood. But it is incumbent on those who support the BBC and generally find its coverage commendable to point out where it is going wrong. And it is currently in danger of going very badly wrong on the rise of the far-right. It is failing to describe these people accurately. because it is terrified of the value-judgement involved in using words like 'far-right', 'fascist' and 'racist'. But that is what we are dealing with and that is what we should call them.

This weekend, the Andrew Marr programme had Marine Le Pen on. They were right to do so. Trump's rise is part two of what the nativist authoritarians hope will be a trilogy, starting with Brexit and ending with a National Front victory in France in the Spring. The protests against her appearance were misjudged. We can't challenge the far-right unless we can interview them.

But Marr's interviewing was catastrophically weak. It vindicated all those who warned he would normalise rather than scrutinise the far-right leader. Where was the research? Where was the focused attack? Marr took it far, far easier on her than he does with, say, David Cameron, who could never get a word in edgeways.

He attacked her father, which is a pointless and easy-to-sidestep technique. She countered it on the not-unfair basis that they are different human beings. He did nothing to pick her up when she said "the National Front has never been guilty of racism" – a frankly absurd sentence. He had no come back when he asked her whether Muslims were welcome in France and she replied "we are not going to welcome any more people." He smiled awkwardly at her, they laughed together, he didn't interrupt.

It was handled appallingly. And it was typical of the timid new posture of the BBC as it tries to navigate this startling and dangerous new political reality. It is not alone in this – many are struggling. The Mail, Express and Sun are on the verge of helping to whip it up. Other newspapers are too restrained – or too frightened of appearing hysterical – to use the terms these people deserve. But not calling them what they are is an insult to their readers.

Marr could have asked Le Pen about this quote she gave in 2012:

"Would you accept 12 illegal immigrants moving into your flat? You would not. On top of that, they start to remove the wallpaper. Some of them would steal your wallet and brutalise your wife."

It's an interesting quote, because the trope it relies on – that migrants are a sexual threat to the women of the indigenous culture – is so heavily replicated elsewhere. During the Brexit campaign, Farage warned of "very big cultural" issues between British society and migrants if we voted to Remain. Asked about whether Britain could ever see attacks like those which took place in Cologne at the new year, he replied: "It depends if they get EU passports. It depends if we vote for Brexit or not. It is an issue."

Then he said: "The nuclear bomb this time would be about Cologne."

Trump has his own variation on this theme. He built his own campaign on the notion that Mexicans coming to the US were "rapists".

This is an old, old far-right trope. Nazi propaganda constantly references the Jews' desire to rape pure-blood German women. The warnings of rape by foreigners or allied troops or hate figures was constant. We know what this is. We have seen it before. We know where it leads.

Now the alt-right are repackaging the technique and selling it again. Trump and Farage and Le Pen and Katie Hopkins and the like take the emotional core of the far-right and dress it up in new media-savvy colours. The media are failing to recognise it for what it is. They do not use for them the language they use for the BNP even though the politics is familiar enough to warrant it.

Few political moments are as dangerous and terrifying as the one in which we now find ourselves. The far-right is actually in power in the West. The BBC must accurately describe them and then subject them to the scrutiny which their extremist views require.