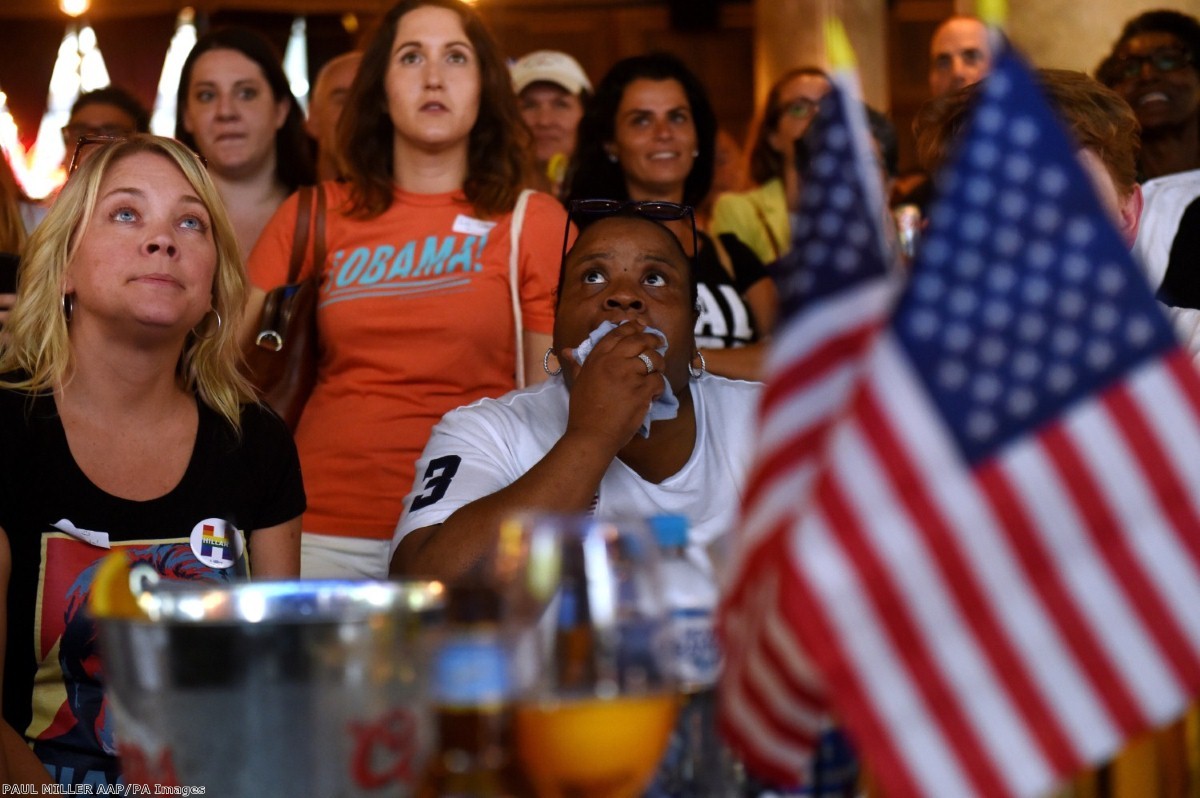 A fascist is the next president of the United States. America has just become a client state of Russia. Nato may fall apart completely. An outright racist, a man who believes that Latinos are rapists and Muslims cannot preside over him in court, is the leader of the most powerful country on earth. A man who boasts of assaulting women, who has a Biblical hatred of women, won the election. A bully, and a liar, and a fiend represents the will of the American people. They saw these qualities and, either through approval or complacency, they voted for him. It is as horrifying as anything I have ever seen.

We know the nativist trend now: From Brexit, to Trump, to what? Le Pen? Wilders? Alternative für Deutschland? Nothing is out of the question. Let no-one ever again say these things are inconceivable.

But this is not the time to label Brexiters in Trump's colours. As misguided and dangerous as Brexit is, as obviously as it is part of the same phenomenon, it is different in crucial respects. Many sane people supported Brexit. One can compose a logical and principled argument for voting Leave. I would argue that people had a moral imperative to reject that argument because of the alarming tone of the campaign, but that is at another level to what happened across the Atlantic. There is no logical or principled argument for Trump.

It's hard to see this event as political in the formal, ideological way we would typically understand it. This morning, it feels more about people. How could they vote for such an obviously emotionally damaged, vicious personality? How could they vote for such a brazenly awful human being? It's as if some awful light has been shone on the inner workings of people's minds and the things we have found there have been truly disgusting. The sense that people are fundamentally good, that they have more trust in them than suspicion, more love than hate, is fading fast. This morning it is harder than ever to have faith in it.

It's OK to despair. There's time for that. Later we will try to pick up the pieces politically. It's already clear that we need broader coalitions against this type of tyrannical nativist poison. It's already clear that the left needs economic answers which it has not dared to state for years. It's clear that what is needed is a full-throated, red-blooded, utterly committed attack on his ideas. Those who say we are wrong to call Trump supporters bigots are making an accomodation with his programme rather than challenging it. This morning German chancellor Angela Merkel showed how to do that. You offer pragmatism and acceptance, but you refuse to give an inch on the values of a democratic society.

The key lines from Merkel's message to Trump: pic.twitter.com/CBdbHoCXzs

All of that, however, comes later. Sometimes you have to just allow the despair to happen so you can move on. Sometimes the chink of light is barely perceivable. It takes time for your eyes to grow accustomed to the darkness.

Today the only substantial politics I can conceive of is personal. We have to demonstrate the falsity of what Trump says about humanity in our actions. We have to prove that we are not these ugly, selfish, violent things, that we do not harbour sick thoughts about our neighbour, that we are not in some racial competition with those we walk beside on the pavement, that one group's success does not disadvantage our own, that we want people to be free and equal, that women should be treated with decency and respect. Later, we will talk about how to beat Trump and everything he represents at the ballot box and on the street. But for now, we can only disprove the Trump thesis with our actions. Be compassionate. Be generous. Be loving.

This morning someone tweeted out the Philip Larkin poem The Mower. It is the only thing which made me feel even slightly better. It is the closest thing to a properly-formulated political thought I can muster.

The mower stalled, twice; kneeling, I found
A hedgehog jammed up against the blades,
Killed. It had been in the long grass.

I had seen it before, and even fed it, once.
Now I had mauled its unobtrusive world
Unmendably. Burial was no help:

Next morning I got up and it did not.
The first day after a death, the new absence
Is always the same; we should be careful

Of each other, we should be kind
While there is still time.